Satya Pal Malik talking about corruption is like pot calling the kettle black.

The proverbial war against corruption is being confused with a really deadly idea of getting the corrupt killed that too, in the militancy-ridden Jammu and Kashmir, where human life already faces numerous threats.

The Jammu and Kashmir governor, Satya Pal Malik’s remarks that militants, if they have to, should kill the corrupt people who have looted Kashmir instead of the innocent, have caused a stir.

On July 21, inaugurating the Kargil-Ladakh Tourism Festival 2019 at Khree Sultan Choo stadium in Kargil, he said: "Why are you (militants) killing innocents including SPOs and PSOs? What will you gain by this? If you have to kill, why don't you kill the corrupt who have looted the country and Kashmir for so long?"

While politicians, including Omar Abdullah, have strongly reacted to the statement, trolls too have found an opportunity to join the chorus. 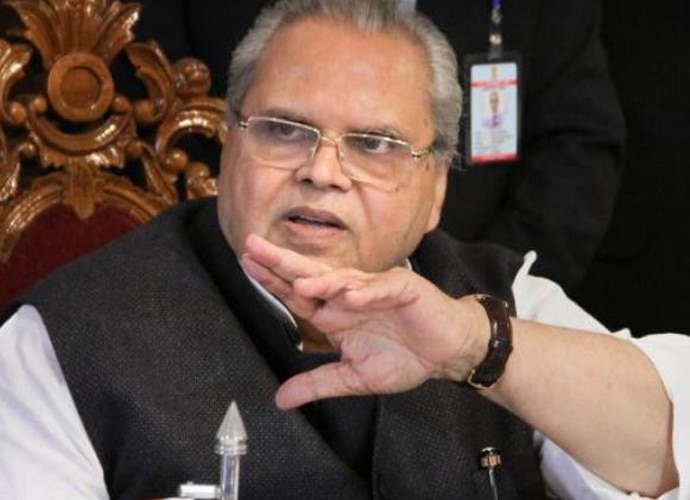 Satya Pal Malik ignores the complaints of prevalent corruption against his own administration. (Photo: India Today)

Religiously swearing by his integrity and honesty, governor Malik often speaks against corruption, which is seen among the main causes of public alienation in the restive state.

I actually feel that corruption is the main cause behind public alienation — even bigger than militancy. After all, had there been no rigging in the 1987 Assembly elections, wherein National Conference shockingly defeated the Muslim United Front (MUF), there was every possibility that militancy wouldn’t have erupted. Well, this is because from globally designated terrorist Sayeed Salahudeen to separatist leader Muhammad Yasin Malik, many of the defeated MUF cadres became pioneers of militancy in Kashmir.

And then, Kashmir’s politicians, especially those in the mainstream, have often been a typical story of rags to riches. Unfortunately, however, New Delhi never scrutinised such stories — as if those given charge of J&K have a license to loot. Had it not been for the corruption, the state of Kashmir perhaps, wouldn’t have seen militancy. (Photo: India Today)

But then, when governor Malik speaks about the past seven decades of corruption that traditionally exploited common people, he ignores the complaints of prevalent corruption against his own administration.

Such complaints have been so rampant, that during governor’s recent media interaction, five out of 10 odd questions were on corruption prevalent in the last one year.

On June 12, at the Sher-e-Kashmir International Conference Center, the governor, his state administrative council, including all advisers and the chief secretary, BVR Subramaniyam, were cornered on complaints of corruption.

The invited journalists, all of whom are government-accredited, used satirical phrases like ‘extortion’, ‘favouritism’ and ‘transfer industry’ to put forth their queries.

I, in particular, asked the governor: “When the country is blessed with a Prime Minister as committed as Narendra Modi ji, who is even popular for his iconic slogan — ‘Na Khanwunga, Na Khane Dunga’, why has Raj Bhawan been unable to curb the prevalent corruption?” Speaking on behalf of the governor, the chief secretary had long explanations to give — but no convincing replies.

It’s an open secret in bureaucratic and media circles that some of the most competent officials have been sidelined for unknown reasons  — whereas, some key positions like that of a commissioner, have been given to the ‘favourite-ones’ who are not even graduates. Yes, you read it right.

But then, if corruption in Kashmir is so rampant, why isn’t it reported much by the media? This has a reason. Some influential local media houses report the ‘Kashmir cause’ so religiously, that the issue of corruption seemingly goes against their editorial interests. But then, one can only wonder if New Delhi is being properly briefed about the ground situation in Kashmir with regard to rising allegations of corruption and maladministration — silently alienating the people further.

With Modi as PM, Kashmir shouldn’t continue to be the same old story corruption. After all, at the very start of his second term in office, he only intensified his zero-tolerance to corruption — making at least one dozen officers resign.

In fact, with no traditional dynasts in power in the state, the President’s rule offers New Delhi an opportunity to win back the hearts of people by weeding out corruption. And, Modi’s unmistakable credibility on this front can make it possible.

But then, war against corruption shouldn’t anyhow mean killing the corrupt.