Saudi Arabia may sentence a woman activist to death. The claim of ‘reforms’ can’t go hand in hand with this crackdown on alternative voices.

Even as the brouhaha over the Saudi-Canada diplomatic spat plays out, Saudi Arabia’s public prosecutor is vigorously pursuing the death penalty for 29-year-old human rights activist Israa al-Ghomgham, along with four others. This unprecedented development, which may lead Israa to become the first woman activist to be beheaded, has enraged international human rights organisations, including Human Rights Watch and Amnesty International.

Guess what we were doing outside the Saudi Embassy in London today, together with @AmnestyUK? Beeping for the freedom of women's rights defenders in #SaudiArabia, whose outrageous ongoing detention has reached 100 days. pic.twitter.com/350B6alljv

Israa is charged with a non-violent crime — of protesting against the government and engaging in political activism by rendering “moral support to rioters.” As all five are under trial in a secret terrorism court for peaceful activism, rights groups have organised protests across the world, including outside the Saudi Embassy in London, and called upon the international community to pressure Saudi Arabia to not only call off their execution, but also put an end to death penalty. Samar Badawi, about whose arrest the Canadian foreign minister tweeted, is the sister of Raif Badawi, another activist imprisoned by Saudi Arabia. (Photo: Reuters/file)

The charges appear to be politically motivated and unfair. Putting these young activists under the counter-terrorism court is an act of sheer folly, which not only endangers the life of dissenting voices in the country, but also raises questions about the credibility of institutions such as “counter-terrorism” courts, along with delegitimising the debate on “national security”.

These recent developments come in the backdrop of the Saudi-Canada row over the arbitrary arrest of two women human rights activists, Nassima al-Sadah and Samar Badawi, in August this year.

Significantly, on August 2, in a feminist foreign policy posture, Canadian Foreign Minister Chrystia Freeland in a tweet called for the release of the activists. Samar is the sister of Raif Badawi, another human rights activist and blogger who was sentenced to 10 years in jail in 2012, received 1,000 lashes in 2015, and was slapped with a monetary penalty of USD 266,000 for “violating Islamic values and propagating liberal thought.”

Very alarmed to learn that Samar Badawi, Raif Badawi’s sister, has been imprisoned in Saudi Arabia. Canada stands together with the Badawi family in this difficult time, and we continue to strongly call for the release of both Raif and Samar Badawi.

He was arrested for being critical of the Saudi government’s illiberal practices, as his criticism was seen as a breach of “Islamic values”.

This kind of synonymy, where criticism of the government is tantamount to denigration of the religion, is dangerous statecraft.

Following Freeland’s tweet, the Canadian Foreign Affairs Department sent another tweet, urging Saudi Arabia to “immediately release” the two women, as well as the other activists who have been incarcerated on similar charges.

Canada is gravely concerned about additional arrests of civil society and women’s rights activists in #SaudiArabia, including Samar Badawi. We urge the Saudi authorities to immediately release them and all other peaceful #humanrights activists.

This sent ripples into the Kingdom, and it responded quickly. In an act profoundly inimical to diplomacy, it recalled its Ambassador to Canada, and at the same time restricted the Canadian envoy from returning. Alleging “interference in domestic affairs” and calling the tweet from the Embassy a “break with diplomatic norms and protocol”, the Kingdom imposed a ban on new trade between the two countries and suspended direct Saudi flights to Canada.

As diplomatic ties between the two countries face a serious setback, it is important to note that the recent concern expressed by the Canadian government on human rights issues in the Kingdom has a precedent.

In fact, the Trudeau government, soon after assuming power, pressurised the Saudis to release Raif Badawi in private meetings between then Foreign Affairs Minister Stéphane Dion and his Saudi counterpart Adel Al-Jubeir. One such meeting was held on December 17, 2015, when Dion pursued the Saudis to grant clemency to Badawi, and discussed at length the state of human rights in the Kingdom. 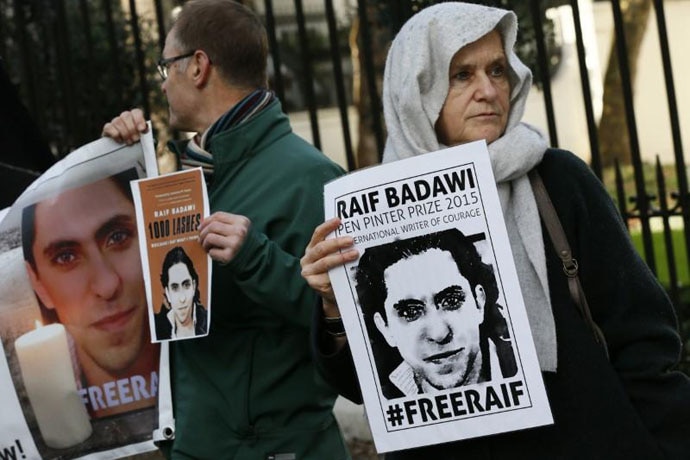 Canada has been trying to secure the release of Raif Badawi, who was sentenced to 10 years in jail in 2012. (Photo: Reuters/file)

While the 2015 meeting was held backdoors, the 2018 criticism on social media is being seen as public shaming of the Kingdom, which led to the diplomatic fiasco.

However, Freeland’s decision to bring the issue in the public domain appears to be a result of diplomatic frustration over the failure of three years of backchannel diplomacy to secure freedom for Raif Badawi. Moreover, the Saudis continued with the practice of silencing liberal-dissenting voices within, resulting in the most recent arrest of Samar and al-Saddah.

Furthermore, a contextualisation of the recent developments in the larger debate on women’s rights makes it clear that the facade of “reform” — which the Kingdom has been propagating under the leadership of Mohammad bin Salman — is falling apart.

Ripping through this smokescreen of “reform” propaganda, Freeland’s critique of the oppressive measures undertaken by the Saudi leadership is both timely and much needed for any kind of genuine reform — from within — to take place. Previously, in May this year, 10 women rights activists were labelled “traitors” and arrested for “undermining” Saudi Arabia’s “national security” and “destroying social cohesion.” 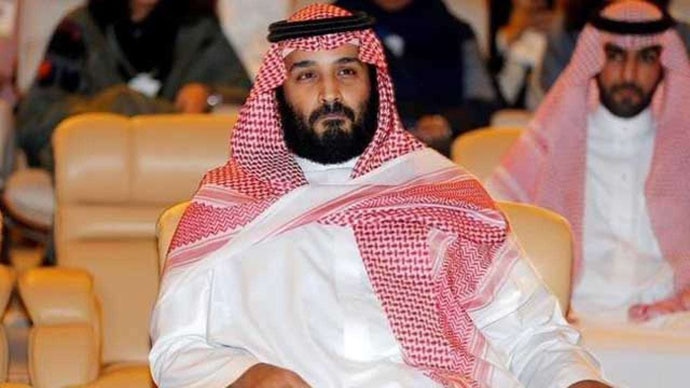 Crown Prince Mohammad bin Salman has positioned himself as the champion of 'reforms'. (Photo: Reuters/file)

While diplomacy will take its own course to restore ties between the two countries and revive the robust two-way trade as well as the multibillion-dollar military ties, what is of concern is the subject of women’s rights in an aggressively repressive “national security” discourse, which finds dissenting female voices more threatening than the misadventures in regional wars — more specifically, the war in neighbouring Yemen, which has been dubbed the “worst humanitarian crisis” in modern history of war.

Amid the diplomatic row, the European Union joined the liberal bandwagon, asking Saudi Arabia to shed light on the arrest of women rights activists and for the detainees to be granted due process to defend themselves. However, Saudi Arabia paid no heed to this. The plank of liberalism that MBS had boarded in pursuing its “reform” agenda is, thus, without moral legitimacy, as it lacks the primary principle of justice.

In this backdrop of intensified crackdown on liberal voices in the country, there clearly emerges a war of ideas — where the Kingdom’s formidable claim of being the “guardian of the Islamic faith” faces challenge from alternative progressive voices from within, prominently the female voices that continue to struggle against the male guardianship system practised in the country. As the concept of “guardianship” — both of faith and the female counterpart — strengthens in the Kingdom along with the regional battles for hegemony, are the promised “reforms" just a chimera?

#Israa al-ghomgham, #Chrystia freeland, #Canada, #Saudi Arabia
The views and opinions expressed in this article are those of the authors and do not necessarily reflect the official policy or position of DailyO.in or the India Today Group. The writers are solely responsible for any claims arising out of the contents of this article.

Ambreen Agha is Research Fellow at the Indian Council of World Affairs. She holds a doctorate from JNU and her larger area of interest is religion, conflict and various religious orientations that assert themselves in violent and non-violent forms.