Kashmir’s iconic civil services officer sparked off a row after his ‘Rapistan’ tweet. But does being an IAS officer – and a Kashmiri – mean end of free speech?

On April 22, prominent civil services officer from the Kashmir Valley, Shah Faesal, tweeted, in response to the rising number of rapes. He called his tweet sarcastic – but for that tweet, the central government has reportedly decided to take action against him, saying that he “acted in a manner unbecoming of a public servant.”

Importantly, Faesal has been an avid user of social media – both Facebook and Twitter, often sparking controversies for which he receives backlash from people who either don’t agree with his viewpoint or don’t understand it at all. But there is something about Shah Faesal – more than being any civil services officer, he was, very famously, the All India Topper in the 2010 batch of the Indian Administrative Services (IAS) exam, and has been celebrated by mainstream political parties and media, projected as “a role model” for Kashmiri youth.

In a region that has been engulfed in violence for over three decades, and where the toll of civilian killings by government forces has continuously mounted, Faesal stands in the middle of the classic Shakespearean “To be, or not to be?” dilemma.

To be a civil servant under a regime that was earlier celebrating him as a hero, though now only if he follows their diktats – or not to be but rather be an individual who has his own take on issues like politics, conflicts, even rapes in the country. As per recent data, last year, over five rape cases per day were reported in India. This number does not even scratch the surface though, as we all know, of sexual violence in the country.

Yet, the government has initiated a departmental inquiry against Faesal for his “sarcastic tweet against rape-culture in South Asia”, following a request from the Centre’s Department of Personnel and Training (DoPT). “You have allegedly failed to maintain absolute honesty and integrity in the discharge of official duty and thus acted in a manner unbecoming of a public servant,” read the notice issued by the General Administration Department (GAD).

Love letter from my boss for my sarcastic tweet against rape-culture in South Asia. The Irony here is that service rules with a colonial spirit are invoked in a democratic India to stifle the freedom of conscience. I'm sharing this to underscore the need for a rule change. pic.twitter.com/ssT8HIKhIK

Calling the order a “love letter” from his boss, while sharing the copy of this online, Faesal tweeted that the irony here is that “service rules with a colonial spirit are invoked in a democratic India to stifle the freedom of conscience. I'm sharing this to underscore the need for a rule change.”

In the last eight years since he came into the limelight for topping one of India’s apex exams, Faesal has often been at odds with the government.

On his social media, he has made sarcastic remarks on the government and also on the political situation in the Valley. In March last year, he called a government job “slavery of mind, eyes, tongue, hands and feet.”

Another such point was made when news channels and politicians projected him as the Kashmiri youth’s role model standing opposite the popular militant commander Burhan Wani, who was killed on July 8, 2016. A week later, Faesal threatened to resign if the “nonsense” continued, saying, “By juxtaposing my photos with the images of a slain militant commander, a section of national media has once again fallen back upon its conventional savagery that cashes on falsehoods, divides people and creates more hatred.”

For him, though, Faesal believes in being a civil servant and getting paid for his work. “Beyond that, I am not in any kind of relationship with my employer,” he tells me over a chat we have after the inquiry order is passed. “It is not my fault if someone declares me a role model in June – and in July, a cautionary tale. My individuality is intact and I see myself as more than an IAS officer which is a person who has a life beyond the official chores.”

Coming from a region that the BJP-led central government wants to control through perceptions and military tactics, Faesal has two choices – either a job with applied conditions of following the norms of the said government, or living as an individual.

But the love-hate relationship, as confusing as it can get, may not work for a Kashmiri.

You can’t be a Kashmiri and speak freely against the government – you are immediately one among hundreds of thousands of dissenters who raise valid points about their rights and their dignity of life.

In May 2016, when another Kashmiri, Athar Aamir-ul-Shafi Khan, 23, secured the second rank in the same exam, then chief minister Mehbooba Mufti said, “They look up to you and Shah Faesal as role models as you have practically demonstrated how thirst for excellence can be quenched by hard work, perseverance and belief in one’s ability.” 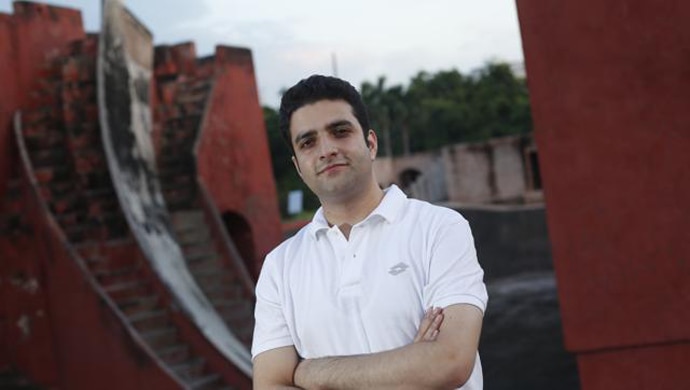 However, Faesal tells me that ideologically, he is attracted to the middle ground and that often makes it difficult for him to play to either of the galleries. “I get trolled from both sides but that only helps me stay afloat in the middle. I’m not complaining.”

Interestingly, Omar Abdullah, Vice-President of the National Conference, who was also chief minister when Faesal had topped the exam, came to his defense after the "Rapistan" controversy was sparked. Abdullah tweeted that it “looks like the DOPT is determined to chase @shahfaesal out of the civil services.” 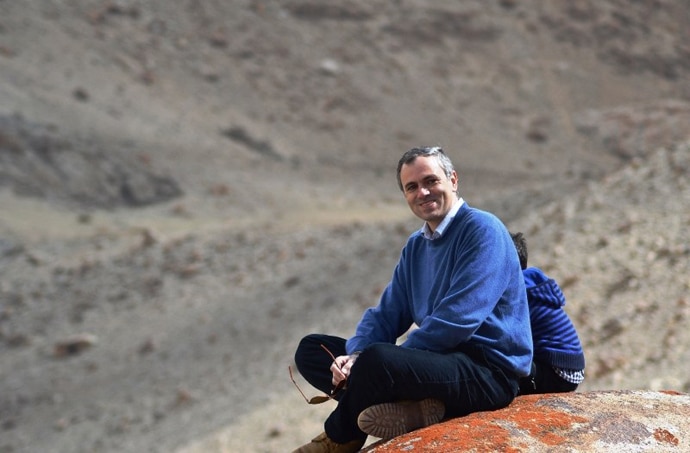 A state between a rock and a hard place: Former CM Omar Abdullah has been in charge of Kashmir over years. [Photo: Facebook]

Falling in-between the two sides – where he is either a Kashmiri who can think for himself or a government servant with diktats to follow, Faesal agrees that the existential dilemmas never end. “As long as we are faced with the difficult choice of choosing between truth and power, the dilemma will remain. My belief is that the traditional understanding of what civil servants can say and what they can't needs to be debated. Times are changing. Society also has to change,” he adds. Srinagar is changing too. Young Kashmiris, like the J&K Women’s Rugby team, may cherish more, not less, freedom. [Photo: Facebook]

But the debate over his remarks and the following inquiry only shows that the Centre doesn’t agree with you if you don’t follow their line – you can’t think, as thinking may lead you to question something that is seriously wrong in the power corridors – like I just did.

#Jammu, #Omar Abdullah, #IAS, #Srinagar
The views and opinions expressed in this article are those of the authors and do not necessarily reflect the official policy or position of DailyO.in or the India Today Group. The writers are solely responsible for any claims arising out of the contents of this article.