Woman versus PM: Shalini Yadav is challenger to PM Modi in Varanasi, fighting him where Congress faltered

In the crucial Benaras election, locals are mystified about the Congress' choice of Ajay Rai. Meanwhile, the rooted Shalini Yadav takes on PM Modi as the gathbandhan's candidate.

The main candidate who will take on Narendra Modi in Varanasi is a woman. Not, not Priyanka Gandhi but Shalini Yadav, now the candidate of the gathbandhan. She will certainly get more votes than Ajay Rai of the Congress, simply on the arithmetic of the alliance.

Indeed, if all goes according to plan, the local woman from Varanasi could put up a respectable performance — and narrow Modi’s victory margin. Shalini Yadav is not known nationally but she has a standing in the Lok Sabha seat. In the mayoral election in Varanasi in 2017, she came second, getting 1.14 lakh votes to the BJP’s nearly two lakh votes. She did so while a member of the Congress, to which there is a family connection — her father-in-law, Shyamlal Yadav, was a member of the Congress, and the Varanasi MP in 1984. He was also deputy chairperson of the Rajya Sabha in the course of his career. Shalini herself is editor-publisher of a small local Hindi evening daily, named Bharat Doot, and is rooted in the city.

Of course, she is not a tough man, a don or a prime minister. But what gives her a base starting point in Varanasi is the fact that she is the grand alliance candidate after the nomination papers of the ex-BSF soldier Tej Bahadur Yadav were rejected.

On May 16, there will be a joint rally in Varanasi to be addressed by Akhilesh Yadav, Mayawati and Rashtriya Lok Dal chief Ajit Singh. Varanasi votes on May 19, the last day of polling in the long-drawn election 2019.

Events, such as the rally addressed by two former state chief ministers and important caste/community leaders, create a buzz in a town like Benaras. Could it push minority votes decisively towards the Samajwadi Party-Bahujan Samaj Party-RLD alliance, especially as news is streaming in across Purvanchal that the gathbandhan is giving a mighty fight to the mighty BJP?

That would count as in the Lok Sabha seat currently represented by Narendra Modi, Muslims constitute the largest community block of around 3.5 lakh voters.

The Brahmins at 3 lakh are the second-largest group. There are Vaish at 2 lakh, Bhumihars at 1.5 lakh (Congress’ Ajai Rai’s caste), Kurmis at 1.5 lakh, Yadavs at 1.5 lakh and Dalits at 2 lakh. Clearly, Modi got the support of all sections in that staggering win in 2014.

He got 5.8 lakh votes that stood at 56% of all votes cast, when in the past, winning candidates needed just around 30+% of the votes to bag this Lok Sabha seat. The second position in 2014 was taken by Aam Aadmi Party (AAP) leader Arvind Kejriwal who got 2.09 lakh votes — 30% of the votes, a commendable performance for a party that had no starting base in the city. The Congress’ Ajai Rai got 75,000 votes at third position. The BSP candidate got 60,000 and the SP 45,000. 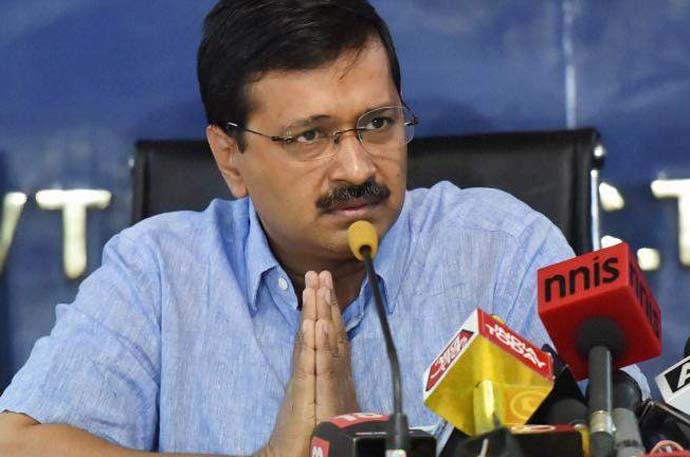 Before returning to the current poll, let’s examine the history of the seat in 2009 to understand the context before Modi’s arrival in Varanasi. That year, the BJP’s Murli Manohar Joshi got 2.03 lakh votes (actually less than Kejriwal in 2014) but won the seat by a slender margin of 18,000 votes against the BSP candidate, then gangster-turned-neta Mukhtar Ansari, who got 1.85 lakh votes.

Ansari came close to defeating the BJP veteran with the combination of Muslim and Dalit support. On number three position that year was the same Ajay Rai, who now stands from the Congress but in 2009, stood from the SP and got 1.23 lakh votes. The Congress got 66,000 votes in 2009.

Before 2014, candidates generally won the Varanasi Lok Sabha seat with just over two lakh votes as communities were divided across caste and party loyalty. Modi united the non-Muslim population of the city, including the Yadavs who also voted heavily for him in that wave election that had two epicentres in the state — Muzaffarnagar in west UP and Varanasi in the east.

In 2019, Modi would naturally want as grand a win as his preceding one and an equally large victory margin. But if the grand alliance is working on the arithmetical arrangement of Yadav plus Muslim plus Dalit, then there is a starting vote for the opposition. Most Yadavs and Dalits would head to the gatbandhan and the Muslim vote will be fought over in Varanasi, between Congress and SP-BSP.

In 2014, I was in Varanasi on three occasions, including 24 hours before voting. I went at night to the Muslim neighbourhood of Madanpura, where there were arguments and discussions in small nukkad meetings on whether to go with the local Congress candidate Ajay Rai or the newcomer Arvind Kejriwal. They ditched the local man for the outsider — and the AAP leader got most of his 2 lakh votes from minorities. The choice of Ajay Rai as the Congress candidate in a crucual election has left many stumped. (Source: Facebook)

In 2019, therefore, the Congress’ choice of Ajay Rai as the candidate to be pitched against Narendra Modi is really strange. He came at third position in 2014 — and he followed up this electoral defeat with another: in the Assembly elections in 2017 he stood from the Pindra seat, part of Varanasi district (but not the Lok Sabha constituency), and came third after the BJP and BSP.

He’s not some old Congress loyalist either. Ajay Rai began his political career in the wake of the Ram temple movement as a member of the youth wing of the BJP. He would then shift to the SP (and lose) in 2009 after the BJP gave the Lok Sabha ticket that year to Murli Manohar Joshi. He would contest the Pindra Assembly seat during the state elections of 2012 and win on a Congress ticket.

Local people ask if the Congress has deliberately fielded a weak candidate when they could have searched for more imaginative options.

Did they not care? Did it not matter after Priyanka Gandhi decided against contesting? At Assi Ghat, I am told by senior citizens that Priyanka Gandhi did not get more than a crowd of 200 when she came to the city because the Congress did not plan anything properly.

Varanasi is, in its essence, a Brahmin city and if there was anything in the stated Congress strategy of eventually getting back Brahmin support in the state, people ask if they could not have chosen more wisely. Especially as there are cracks visible across east UP in the Brahmin vote of the BJP, leading people to ponder the possibility of an increase in NOTA (none of the above) votes.

The point was not to defeat the PM, but to fight a battle that makes a larger point. That is why some residents of Varanasi ask, why not one of the high priests of the city? They refer to the mahant of the Sankat Mochan mandir professor Vishambhar Nath Mishra, who is also a professor of electronics at Banaras Hindu University. 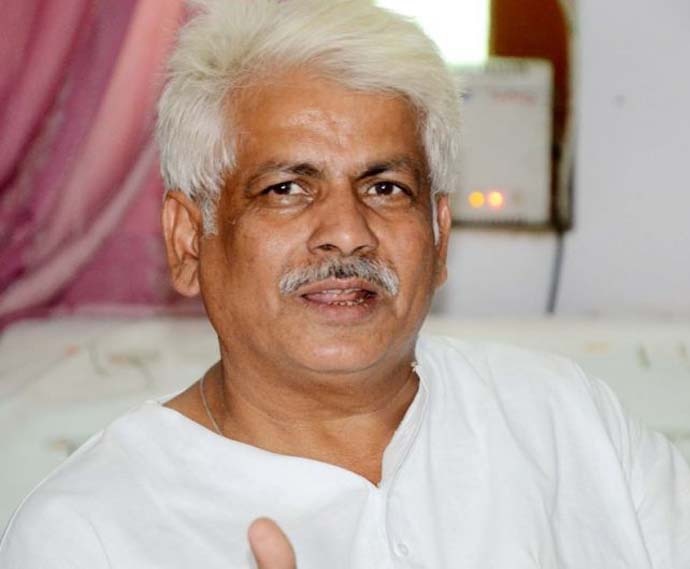 Locals feel the mahant of the Sankat Mochan mandir, Vishambhar Nath Mishra, would have been a wonderful challenger. (Source: Twitter)

He is the very essence of the liberal religious figure — as opposed to the other mahant who is now chief minister of the state. Mishra is linked to both the faith and culture of Varanasi. Sankat Mochan is the second-most popular temple in the city established in the 16th century by Goswami Tulsidas, the author of Ramcharitmanas. Recently, in the midst of the campaign, Yogi Adityanath came there for worship, during the days when the Election Commission barred him from campaigning. But the philosophy here is very different from that expounded at the temple in Gorakhpur, of which the chief minister is the mahant or head priest.

The Sankat Mochan Sangeet Samaroh is the most memorable annual music festival held at the temple that features the top classical artistes of Indian dance and music.

This family, therefore, has its finger on the pulse of the wonderful Banaras gharana of classical music. The former mahant was an accomplished singer himself. Besides, the Sankat Mochan foundation has for years been known for its work in trying to clean the River Ganges.

The current mahant is a fearless critic of the work done in Varanasi during Modi’s tenure and says the Ganga has only become filthier, despite claims to the contrary. He is not someone who would lobby for party tickets but it has been known for years that he is inclined to support politics that challenges the BJP narrative.

If the Congress had imagination, it could have put forward a figure that challenges the ideological precepts of the BJP — while being the epitome of Hindu culture. The mahant challenges every concept of Hindutva, while being a man of tradition and faith with strong links to the community. Such a long wait: Shalini Yadav says she failed to get an appointment with Priyanka Gandhi and then decided to shift. (Source: Facebook)

There was an intellectual and spiritual point to be made, especially as the Congress leadership says it is fighting for the soul of India.

But they settled for Ajay Rai instead.

And yes, the Congress here lost Shalini Yadav too, in the course of the run-up to 2019 because she was tired of waiting to be heard by the national leadership. The final straw, she says, was failing to get a long-sought appointment with Priyanka Gandhi.

Akhilesh Yadav, on the other hand, knew exactly how many votes Shalini had got in the mayoral election. He knew the details and the context and understood what her utility could be in the SP. He was also shrewd enough to ask Shalini to file her nomination as a back-up candidate to the former soldier, in case there was a problem with his papers.

That is how Shalini Yadav came to be the woman pitched before a man known for the size of his chest, his road shows and his ambition.

It is an opportunity of a lifetime as it is the journey that is the destination.

Also read: Ajay Rai: 'Congress chose me to fight Narendra Modi in Varanasi. If Priyanka Gandhi had fought, she would have won against him'