Why Sharad Pawar will never ever go back to the Congress

He has long known that even if the new generation of Gandhi family took over the party, its ‘culture’ of promoting the dynasty would never change.

Will Sharad Pawar ever go back to Congress?

The question which has always been looming over ever since Pawar formed the Nationalist Congress Party in 1999 is precisely this, even though, at various times and during interviews, he had mentioned it is impossible.

However, he has never hesitated to add that he could not bear to get fully disassociated with at least the word “Congress” and that’s why had named his party the “Nationalist Congress Party”.

Now with Congress leader Digvijay Singh urging Trinamool Congress’ Mamata Banerjee and NCP’s Sharad Pawar to come back to the parent fold of the Indian National Congress, and strengthen the front to fight communal forces (by which he of course implied the BJP), things may seem different.

Though on this, the NCP leader Praful Patel was quick to respond: “Thank you! But, no thank you!”

There is a long drawn history behind Pawar’s disenchantment with the Congress, especially the Gandhi family. Traces of which can be seen in his autobiography, in which he has written quite openly about the late prime ministers Indira and Rajiv Gandhi’s behaviour and treatment of regional leaders, as well as of those who dared not to agree with them.

Sharad Pawar first ventured out of the Congress in 1978, when it was ruled by Indira Gandhi along with his mentor Yashavant Rao Chavan. Come the first opportunity, he left his mentor to form the Congress (Socialist) in order to form the Union government with the Janata Party. At the young age of 38, he became the chief minister of Maharashtra.

Pawar’s politics, since then, has always been of his own and not something guided by someone else. At a very early age in his course in politics, he got a taste of running the party on his own and not to bend in front of any high command. 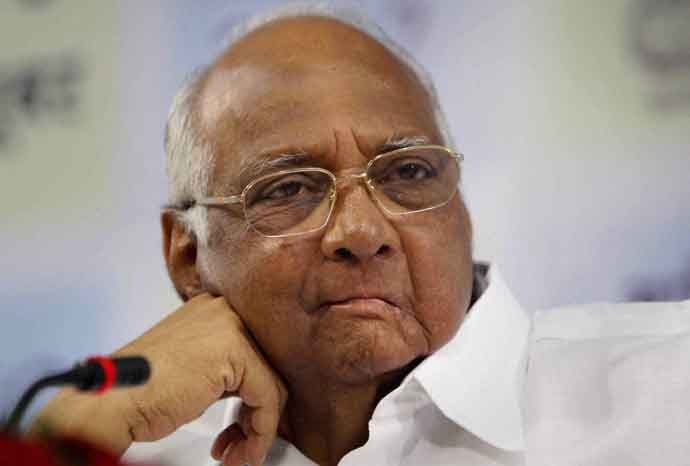 Sharad Pawar’s government was disqualified in 1980 when Mrs Gandhi was voted back to power in Delhi. Pawar could foresee that because Mrs Gandhi had once again become the prime minister, she would go ahead and disqualify the opposition state governments to clear the way for fresh Assembly elections hoping for win them back for the Congress.

He was ready but he mentioned in his autobiography that Indira Gandhi had called him to Delhi for a meeting and offered him to return to Congress, which he politely declined. He was sure he did not want to go back to the “high command culture” and stayed away from the Congress thereby losing all power.

Pawar has mentioned in his autobiography that Rajiv Gandhi had hinted to him that they should work together when he had gone to offer his condolences over Mrs Gandhi’s death. It is at this point that Pawar thought that new leadership had emerged within the Congress, which could be given a try.

Subsequently, he merged his party with the Congress and was made chief minister of Maharashtra within few months of joining back. Then PM Rajiv Gandhi had decided to induct the then Maharashtra chief minister Shankar Rao Chavan into his Union Cabinet as the finance minister, and it was Sharad Pawar who replaced him as the next chief minister.

Some things do not really change and nothing is truer than the so-called “Congress culture”, which is an entrenched sense of political obeisance. Sharad Pawar understood this during his second tenure within the Congress, that too within a year’s time since his becoming the Maharashtra chief minister.

The Congress high command decided to teach him lesson for being an “independent” and “thinking” leader, and his own men – Sushil Kumar Shinde and Vilasrao Deshmukh – staged a revolt against him with the backing of Rajiv Gandhi.

However, even here, Pawar showed his power, which resulted in a show of strength from his side. Finally, the Rajiv Gandhi-backed mutiny against Pawar was allowed to cool off, though Pawar, in his autobiography, mentions that he had confronted Rajiv on this issue.

Pawas flatly refused to get arm-twisted by Rajiv Gandhi into accepting Sushil Kumar Shinde and Vilasrao Deshmukh back in the cabinet. However, such a behaviour from a regional satrap cannot be termed strictly “loyal” in Congress culture. This was crystal clear to Pawar and he paid for this in his later years that he spent within the grand old party.

It must be noted that journalists tend to bask in the benefit of hindsight and indulge themselves with the superiority complex of being able to analyse past events and point out exactly where a particular leader went wrong in his political career.

During one such interaction with Sharad Pawar, a veteran journalist tried to reason out to him that if he hadn’t left the Congress in 1999 to form NCP, he could have stood a chance to become the prime minister of the country.

Of course, to which Pawar, with his trademark smile, replied: “I never had that chance as a self-styled politician; they always looked at me as ‘independent thinking leader’”. He firmly believes that it was 10 Janpath that forced down the decision to make PV Narsimha Rao the prime minister in 1991, despite Pawar having support of most of the Congress MPs and leaders.

"The Gandhi family was not about to allow someone with an independent mind to get the top post”, he says in his autobiography. 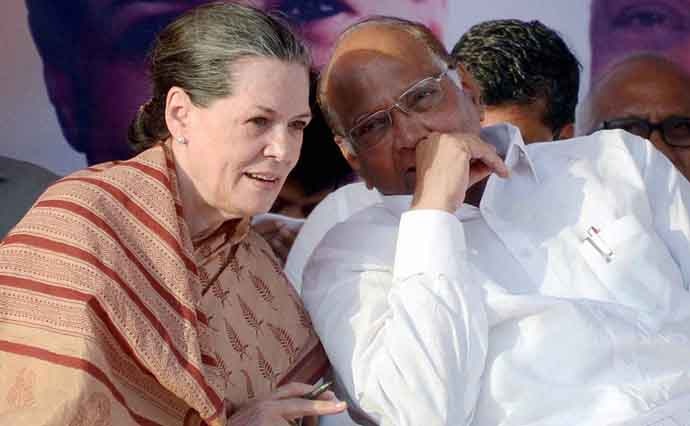 Even later when Sonia Gandhi took over presidency of the Congress party, he still remained “untrustworthy” for being the leader who didn’t draw power from the “family” to remain in politics. Though he termed his relations with Sonia Gandhi as cordial, the following quotes from his autobiography elaborate on his fallout with the Congress.

And this is when he was leading the Congress in the Lok Sabha on opposition benches.

He says:  “Sonia did not say much but the ‘distrust’ was evident. It also found reflections in her actions. When she and I decided something, she would do exactly opposite. If I selected PC Chacko to open a debate on the party's behalf, she would replace him just because he was supposed to be close to me."

He was clearly unhappy when Sonia, without even being an MP, was made the CPP leader. "What really took the cake was a shocking amendment to the Congress Parliamentary Party, which was brought into effect solely to suit Sonia Gandhi. Though she was the Congress president, Sonia Gandhi was not an MP while I was a Lok Sabha member and a CPP leader”, he wrote.

His comment clearly shows that he knew by then that even if the new generation of Gandhi family took over the Congress party, the “culture” of Congress would never change. Finally, when he got out of Congress in 1999, it looked like he had decided his course and path for his remaining years in politics.

He has remained with the Congress since then as an alliance partner but despite the toughest of situations in politics, he has seen to it that his identity remains separate from that of the Congress, so that at least he could run his politics on his own terms.

Only the questions that remain now happen to be who would carry forward the beacon of the NCP after him.

Though more or less, the party in Maharashtra has accepted his nephew Ajit Pawar’s leadership, but Pawar is also keen that his daughter also should be prominent in the decision-making of the party. She was given the responsibility of “Yuvati Congress”, women’s wing of NCP, while she was also involved in the party’s social media ventures during the 2014 polls.

But till the time Sharad Pawar is firmly steering the NCP, it doesn’t look like that he will knock the doors of the Congress led possible by Rahul Gandhi.

#Sonia Gandhi, #Congress, #Nationalist Congress Party, #Sharad Pawar
The views and opinions expressed in this article are those of the authors and do not necessarily reflect the official policy or position of DailyO.in or the India Today Group. The writers are solely responsible for any claims arising out of the contents of this article.