The Thiruvananthapuram MP doesn’t seem to have much of a chance of growth within the Congress now. The prospects for him in the BJP are way better. Why wait?

Among the reasons that can be cited for the BJP’s massive victory in the 2019 Lok Sabha elections is the fact that the Opposition led a hugely negative campaign.

The Opposition parties, including the Congress, came across as ready to compromise on national issues and ideological interests, for a purely political win. That didn't impress many.

If there is one leader who seems to have taken the lesson that followed rather earnestly, it is Thiruvananthapuram MP Shashi Tharoor.

So, when every Opposition leader trained their guns on Narendra Modi this week, after US President Donald Trump claimed that Modi had asked him to mediate between India and Pakistan on the Kashmir dispute, Tharoor was relatively cautious in his response.

Tharoor spoke as any politician should — putting the nation first.

And, much like a responsible Opposition leader should, he did not give a clean chit to the government either, instead asking the Centre to clarify its stand.

Given his evident diplomacy, his electoral popularity and his diverse talents, from literature to public speaking, it has become obvious now that Tharoor doesn’t have much of a chance for career growth within the Congress — the party didn’t even give him the opportunity to lead in the Lok Sabha, bringing in controversial Bengal politician Adhir Ranjan Chowdhary instead, despite Tharoor being a vocal member of the Congress for long enough.

It is thus time for Tharoor to switch sides — and join the BJP.

Here are three reasons Tharoor should think about making the career move:

1) BJP would offer him scope to grow

The BJP is growing its presence powerfully across India. The Congress’ reach is fast shrinking.

Tharoor has the ability to help the Congress stay afloat. The Congress, however, doesn’t seem to be in a mood to use him and his abilities. The BJP needs a face to make inroads in the southern states of India. Given that Tharoor is an MP from Kerala — surviving mega Modi waves both in 2014 and 2019 — where the BJP drew a blank in the Lok Sabha elections, it would definitely not want to ignore Tharoor. 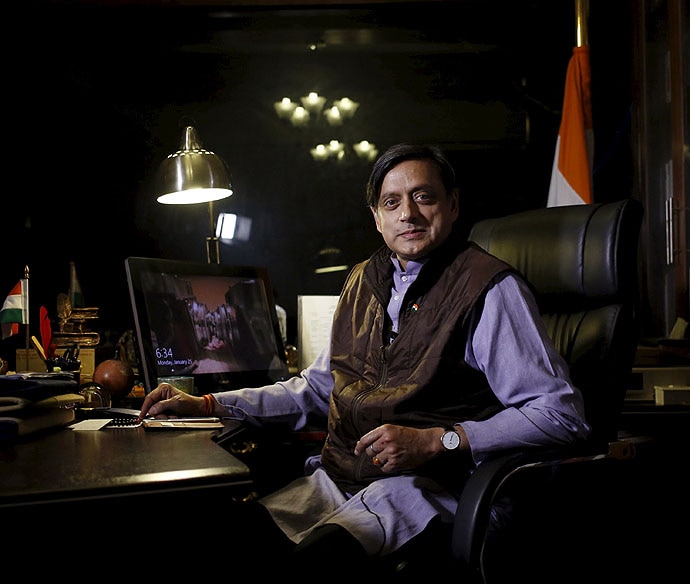 Think it over: Shashi Tharoor has more scope to grow in the BJP than he ever had in the family-run Congress. (Photo: Reuters)

Even though the Congress can’t beat the BJP at playing Hindutva politics, it doesn’t seem to be giving up on that front either. After all the temple runs spearheaded by Rahul Gandhi himself, the Congress-led Rajasthan government is setting up a board for imparting Vedic education.

Tharoor himself wear his Hindu identity on his sleeve publicly and despite the liberal storm he faced, he staunchly defended conservative interests opposing the entry of women into the Sabarimala temple. He then followed this up with a deeply religious temple ritual, which drew criticism from intellectual quarters but appreciation from traditional ones.

It wouldn’t be difficult for Tharoor to fit into the BJP — and even help the navigate the precise balance of Hindutva the party is trying to reach.

The bowing out of Arun Jaitley from active politics has left tangible room within the BJP for a media-savvy, intellectual and urbane face. The BJP has won with a thumping majority but as anti-incumbency builds after about 10 years of BJP rule and 2024 nears, a media-friendly face, who can both answer questions with hard facts and figures, and offer smoothly polished rhetoric where needed, will be welcome.

If Tharoor was to indeed join the BJP, it helps both sides.