Bangladesh Parliamentary polls: Resounding victory for Sheikh Hasina. But what next ?

The Bangladeshi electorate has returned its incumbent Prime Minister, Sheikh Hasina, to power with a massive majority in the recently concluded 11th Parliamentary elections. The mood in the country is ecstatic and pro-liberation and secular forces have heaved a sigh of relief as the entry of former foreign minister, Dr Kamal Hossain, with the Bangladesh Nationalist Party (BNP) – and under a loose alliance with the Jamat-e-Islami (JeI) – seemed to challenge the Hasina regime.

The mandate is now clear in Bangladesh with the complete rout of fundamentalist and right-ist reactionary forces which are cardinally opposed to secular and liberal lobbies.

More importantly, the defeat of the BNP and their affiliates is a clear and conclusively evident sign which shows that the Pakistani Inter Services Intelligence (ISI), reputedly hitherto active, has been decisively outclassed by the Bangladeshi counter-intelligence outfits. 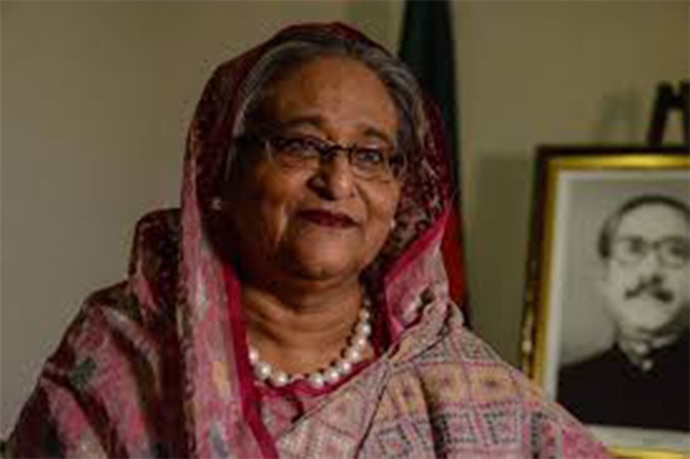 The mandate is now clear in Bangladesh. It's Sheikh Hasina back in the driving seat. (Photo: Reuters)

It has also ended any chance of the ISI meddling in the internal affairs of a sovereign Bangladesh, and put an end to attempts to wean away the Bangladesh Awami League (AL) from growing proximity to India.

However, the authorities should not get complacent – the ISI will not abandon its blueprint to pinprick Bangladesh in order to cause subversion and unsettle it to the hilt.

It may be recalled that only recently, an ISI operative was intercepted on a phone call responding to a high-level BNP leader when the latter was seeking logistical and material help including soliciting support from China.

Now, we know to what extent the inimical forces could go to defeat Hasina in her ongoing fight to remain with India on geostrategic terms.

India and Bangladesh should never lower their guard to be caught unawares.

With the overwhelming victory, Hasina has to redraw her policies to reaffirm trust and faith in her electorate. First and foremost should be a priority to focus on development and clean governance, bereft of any scope of corruption.

The Bangladeshi people are politically very sensitive. If they can be euphoric with a resounding victory, they can be equally agitated with any non-performance. Hasina, therefore, must deliver to her people with a result-oriented performance.

Significantly, Dr Kamal Hossain who had entered the electoral arena to nourish his long-term ambition to be in the corridors of great power is already crying foul on the conduct of the elections and calling for re-polls. With formidable clout in many Western nations because of his hobnobbing with the legal fraternity, Dr Kamal will not easily concede defeat and will make a fairly loud noise to draw attention hoping to mount pressure. Shiekh Hasina, with a fresh mandate, must give a new look to her stance towards India. (Photo: Reuters)

Yet, Hasina with her personal trait of withstanding any extraneous pressure, is expected to sail through occasional irritants and hiccups. In the past, she had demonstrated her defiance by ignoring the West and powerful Arab and Gulf nations when she went ahead and tried – and eventually executed – most of the war criminals found in Bangladesh.

Hasina, with a fresh mandate, must give a new look towards her stance towards India. People-to-people contacts between the two countries are already in place. Nuclear, science and defence cooperation may be taken further, but more crucially, a muscular intelligence and security collaboration to combat terror must be on priority.

Also, there has to be ongoing action to preempt any rumoured Pakistani designs to disrupt tranquility and peace in Bangladesh and neutralise these forces’ attempts to encourage radicalism, abusing a section of Rohingyas and diverse, vulnerable sections of society that could have some pro-Jehadi elements.

With a little less than 300 seats in her bag, Hasina is comfortable, no doubt – but her real victory will be determined only when she addresses each of the challenges that will come ahead with almost a zero margin of error.