A movie buff, Sheila disliked being compared to Dev Anand but like the great actor, she was not disillusioned but had no illusions having seen it all from very close quarters.

Sheila Dikshit was an unconventional politician with many firsts.

Not many would be aware that she was instrumental in setting up of National Union of Students (NUS), Delhi chapter, on the lines of the one in the UK, in 1972, which later emerged as National Student Union of India (NSUI). This was the time Priya Ranjan Dasmunsi was heading the Indian Youth Congress and Rangarajan Kumaramangalam was the general secretary. Sheila’s father-in-law, Pandit Uma Shankar Dikshit, was a towering Congress leader with a personal bond with Jawaharlal Nehru, Indira and Sanjay Gandhi.

Sheila staged a big comeback in 1985 when Rajiv Gandhi chose her as Minister of State in the Prime Minister’s office. Her electoral victory from Kannauj in Uttar Pradesh and elevation as a minister in did not go down well with a section of Congress leaders but Rajiv had great faith in her. Such great was Sheila Diskshit's loyalty that she worked for the Congress party till the very end. (Photo: IANS)

After Rajiv's assassination, PV Narasimha Rao was made the Congress president and Prime Minister. Soon, a section of the party developed differences with Rao. Sheila Dikshit was among the first to revolt against Rao along with ND Tiwari, ML Fotedar, Arjun Singh, Natwar Singh, P Shiv Shankar, Mohsina Kidwai, Kumaramangalam, Shiv Charan Mathur and others who formed a breakaway Congress (Tiwari).

During this period, Sheila could be often seen rushing in and out of 10, Janpath, in her second-hand blue Fiat car with Natwar and Fotedar.

Heaping insults, whisper campaigns particularly among women colleagues are not unusual in the country's politics or the Congress. Sheila Dikshit had got a taste of it way back in 1995 when she rebelled against Rao. Mani Shankar Aiyar had created a flutter of sort describing her as a "gangster's moll" in his news magazine column.

The 1996 general elections saw her pitted against BL Sharma ‘Prem’ of BJP from Delhi (East). She lost the elections but her grit and determination caught Sonia Gandhi’s eye, who had started taking a keen interest in the Congress politics. When Sonia took over as the AICC chief dethroning Sitaram Kesri, she pitched Sheila as a Congress face in November 1998 state assembly polls.

The move faced strong resistance from Delhi Congress stalwarts ranging from H K L Bhagat to Sajjan Kumar, Jagdish Tytler, J P Aggarwal and others. However, ‘outsider’ Sheila turned the tables on both BJP and her Congress rivals. For the next fifteen long years, she remained the uncrowned queen of Delhi transforming the national capital. 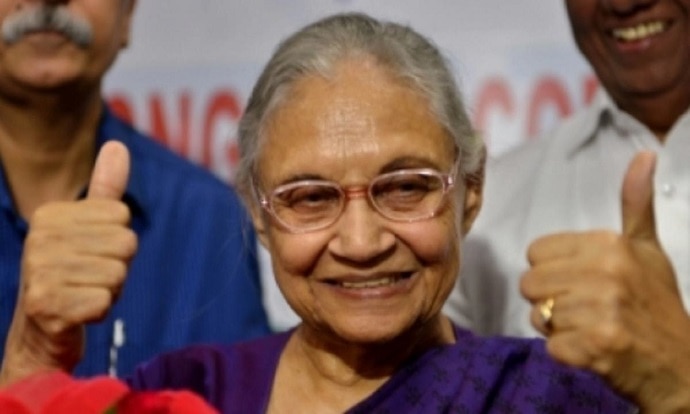 However, her zeal for Delhi and state politics prevented her from moving higher. In 2012, when Pranab Mukherjee was pushed up for the highest role in Rashtrapati Bhawan, a big rejig was planned in the Union Cabinet. Sheila was reportedly Sonia’s choice to be Home Minister and Delhi Chief Minister’s post was offered to her archrival, Ajay Maken.

But Sheila had a line, "Kaun jaye Dilli ki galiayan chor kar (Who can ever leave the narrow lanes of Delhi?)."

Meanwhile, a powerful lobby within the Congress worked overtime to kill Sheila’s chances and Sushil Kumar Shinde was brought in.

Even today, there are some well-meaning Congress leaders who rue Sheila’s decision to stick to Delhi. In their assessment, a change of guard in Delhi would have helped the Congress stay in the hunt while Sheila’s elevation would have given the country a capable Home Minister.

Sheila, however, remained unfazed. Post 2014 Delhi Assembly defeat, she was made governor of Kerala and subsequently, the politician wanted to lead a life of retirement. But her sense of loyalty towards the party brought her back in Delhi and Uttar Pradesh politics where her career continued to take a nosedive.

A movie buff, Sheila disliked being compared to Dev Anand but like the great actor, her last few years did not cover in glory.

She remained popular in public imagination but as a politician, her days were over. The unsavoury leaking of letters from within the Congress must have caused a lot of pain to Sheila in her last few days.

She was not disillusioned but had no illusions having seen it all from very close quarters.