Uddhav Thackeray wants to convey to party workers that it will go alone, despite being part of the government at the Centre and state.

In a resolution passed on Tuesday during Shiv Sena's executive meeting, the party declared it will contest all future elections in the state alone breaking its decades old electoral alliance with the BJP.

The resolution comes just days after the BJP state executive in which chief minister Devendra Fadnavis asked BJP workers in the state to be ready for elections. 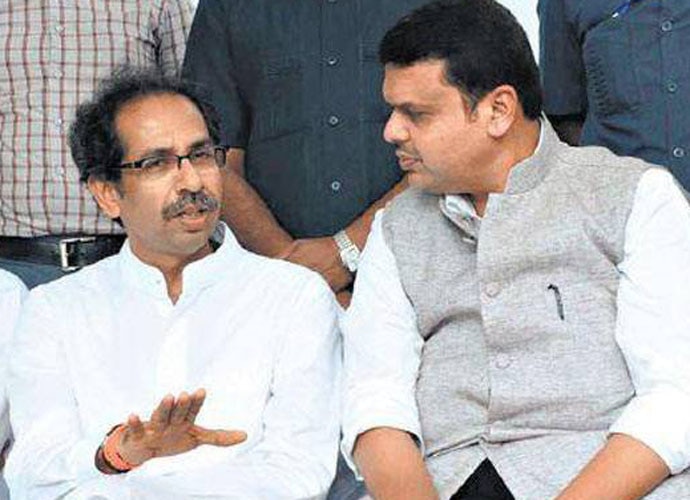 The alliance between the two parties dates back to the 1990s and was formed solely on the grounds of mutual benefit. Late BJP leader Pramod Mahajan was instrumental in forging this alliance because he was quick to realise that Bal Thackeray was a crowd-puller and that Sena was taking a turn from an agenda focused on Marathi "bhoomiputra" to Hindutva ideology. The BJP was at that time trying to capitalise on the Ram Janmabhoomi movement and the two parties found a common ground to bond.

Sena, on its part, was aware of its limitations in being a state party. Despite being in existence since the 1960s, the party had been unable to spread its appeal beyond the state. It needed a partner that had presence in Delhi.

Mahajan agreed to meet all the demands raised by Shiv Sena. These concessions included giving away a safe Lok Sabha seat of senior leader Ram Kapse to Sena. The seat had been with the BJP since the Jan Sangh days.

The tacit understanding between the two parties was this: At the state level, Shiv Sena will have an upper hand whereas at the central level it will be a loyal partner to the BJP.

This is the legacy of relations which Uddhav Thackeray inherited when he took over the reins of the party.

But things started to change when Prime Minister Narendra Modi came to the centre stage in 2014. Both Pramod Mahajan and Bal Thackeray were no more there. Uddhav took time to understand the changed equations. The rise of Modi gave the BJP a new confidence and it soon turned into a party with countrywide support. It also had leaders who could appeal to the voters in Maharashtra. Unlike Atal Bihar Vajpayee and LK Advani, Modi wanted BJP to rule all classes and states. In Maharashtra, BJP started to believe that it wasn't them who were benefitting from the alliance with Sena but it was the Sena which was capitalising on the charisma of Modi.

The BJP acted the parasite drawing from the popularity of Sena for long but with a newfound strength under the leadership of Modi, they weren't willing to let Sena act as a parasite.

The Sena led by Uddhav Thackeray was caught unaware when BJP announced that they were going alone in the assembly election in which BJP emerged as the single-largest party in Maharashtra. The BJP went from strength to strength, it performed even better in panchayat elections and municipal elections that took place right after the 2014 general elections going on to prove how the "wave" of 2014 had taken roots in the state.

Against this background, the Sena felt that the BJP will not want an electoral alliance with them for the 2019 general elections. It is for this reason that the party has decided to end the alliance with the BJP.

The Sena wanted to make it clear to its cadre that they are now on their own for electoral battles even if they part of the government at the Centre and the state. However, the leadership must realise that playing the role of the Opposition while being part of the government is only going to leave the party workers and supporters confused.

Post your comment
#BJP, #Narendra Modi, #Uddhav Thackeray, #Shiv Sena-BJP alliance
The views and opinions expressed in this article are those of the authors and do not necessarily reflect the official policy or position of DailyO.in or the India Today Group. The writers are solely responsible for any claims arising out of the contents of this article.