Why Shivraj Patil is wrong about 26/11 Mumbai attacks

He is being economical with the truth about November 2008.

On June 11, Punjab governor Shivraj Patil made some astonishing remarks in the context of the November 26, 2008 Mumbai terror attacks. 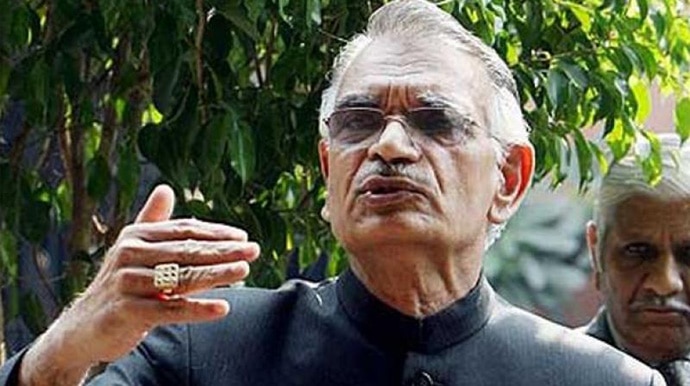 Patil, sacked as the Union home minister for his tardy response during the attacks, was responding to a query from news agency ANI about whether his ministry had delayed its response to the attacks on the night of November 26, 2008.

One statement by the honourable governor screamed for attention because it displayed either his lack of awareness about the events of the night or worse, a narrative different from the one given by several other key players that night.

He said, and I quote:

"No aircraft was available here (in Delhi), and then we called one from Chandigarh and dispatched 250-300 NSG commandos within two-three hours to Mumbai and I also travelled with them. That was a freight aircraft and we travelled to Mumbai standing."

He is being economical with the truth, and as someone who researched these attacks and their aftermath for several months, I can say this is far from what happened.

Let's look at the assertions made in the honorable governor’s statement:

No aircraft was available

The NSG has no air wing of its own and depends on the Aviation Research Centre for transportation. This is a fact. The ARC, the air wing of India’s Research and Analysis Centre (R&AW) has a fleet of IL-76 transport aircraft at the Indira Gandhi International Airport.

The drill, practised for several decades, has been for the NSG to embark an ARC IL-76 and fly to the scene of a terror strike. On the night of November 26, an ARC IL-76 was indeed at the airport.

When NSG Director General JK Dutt called ARC chief Sanjeev Tripathi at around midnight, he was informed that the IL-76 was in Delhi and that it only needed to be refueled and the pilots needed to be brought in from their homes.

We called one from Chandigarh

More than 200 NSG commandos left their base at Manesar 30km away from the airport at 12.40 am. They reached the ARC dispersal area at 1.40am, the ARC pilots were already there conducting pre-departure checks on the aircraft.

The aircraft had been topped up with 70 tons of fuel and ready to leave at 2am. If there was any wait, it was for home minister Patil to arrive who took nearly an hour to arrive.

The IL-76 took off at 3am and arrived in Mumbai two hours later. Governor Patil’s delay in landing up had cost the NSG precious minutes.

That was a freight aircraft, we travelled to Mumbai standing

The world over, special forces use military transport aircraft to fly into their missions. This is because they carry with them several tons of arms, ammunition and specialized equipment.

It is not a matter of comfort, it's one of convenience and mission criticality. Loading a military transport with a ramp, is far easier than loading up a passenger plane. No NSG commando travelled standing unless they chose to do so.

The IL-76 aircraft was cramped but it had austere aluminum and canvas seats for commandos along the cargo hold.

Perhaps governor Patil, who made straight for the "VIP" seats behind the pilots, didn’t notice this. He sat in the special section for the entire two-hour duration of the flight to Mumbai.

When governor Patil released his 2014 autobiography, Odyssey of My Life, I eagerly looked forward to his memories of the night of 26/11.

Why, for instance, he chose to fly with the commandos that night when he had a BSF Embraer executive jet at his disposal and could have flown to Mumbai literally whenever he chose.

I was in for a disappointment. The entire 26/11 episode was airbrushed from his book.

#Congress, #Shivraj Patil, #26/11 Mumbai Attacks
The views and opinions expressed in this article are those of the authors and do not necessarily reflect the official policy or position of DailyO.in or the India Today Group. The writers are solely responsible for any claims arising out of the contents of this article.