Where's MP's 'Mama'? Could Shivraj Singh Chouhan's liberal image be barring him from a Yeddyurappa-like role?

The former CM is making attempts to give the Kamal Nath regime a tough time in Madhya Pradesh. But his own party isn't fully backing him. Many wonder why.

While BS Yeddyurappa has gone on a rampage in Karnataka, Shivraj Singh Chouhan is struggling to find a role in his home state of Madhya Pradesh.

Post-the May 23, 2019 verdict, the former Madhya Pradesh chief minister has desperately been looking for a role in state politics — that role, however, is nowhere in sight.

Chouhan is neither leader of opposition in the Madhya Pradesh Assembly, nor the head of the state unit of the BJP. Instead, Chouhan, who holds the distinction of running Madhya Pradesh for 13 years, has been made in charge of the party's membership drive at the national level, a role that requires him to travel across the country. 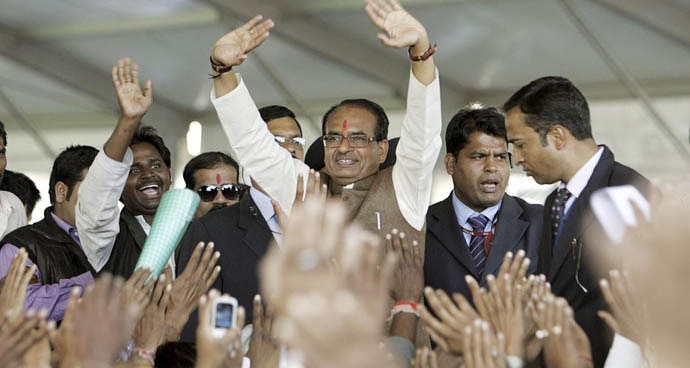 Struggling to fly? Shivraj Singh Chouhan is neither leader of opposition in the MP Assembly, nor head of the state BJP. (Photo: Reuters)

The six-month-old Kamal Nath-led Congress regime enjoys a wafer-thin majority in the 230-member MP Assembly. The Congress lost 28 out of 29 Lok Sabha seats in the recently concluded Lok Sabha polls, giving rise to speculation that a toppling drama would unfold in Bhopal. But unlike a Yeddyurappa in Bengaluru, there is no one in the MP BJP to take on a seasoned campaigner like Nath.

Thawarchand Gehlot, Narendra Singh Tomar and Prahlad Patel, who hail from the state, have ministerial responsibilities in the Narendra Modi government while Kailash Vijayvargiya, otherwise an ambitious BJP national general secretary, has been battling for survival since his son's infamous bat episode.

Chouhan has been keeping mum on Vijayvargiya but BJP circles are intrigued as to why no action has been initiated against Vijayvargiya's son Akash — who beat up an Indore Municipal Corporation employee with a cricket bat. Prime Minister Narendra Modi had slammed Akash during a BJP Parliamentary party meeting and insisted that arrogance and misbehaviour won't be tolerated.

Currently, the MP Assembly session is in progress — and Akash can be seen sitting among BJP benches. Invariably, he is the first one to arrive and the last to leave — in a rather carefree manner. Often Akash is seen intermingling with local media while BJP leaders like Chouhan and leader of opposition Gopal Bhargava apparently try to maintain a distance from Vijayvargiya junior.

On his part, Chouhan has been making feeble attempts to remain relevant, taking up local issues against the Nath regime. Last week, he was seen staging a dharna at Bharat Mata Square in Bhopal, seeking a CBI probe in the custodial death of Shivam Mishra at the Bairagarh police station. Chouhan's wife Sadhna Singh and his son, Kartikey Singh Chouhan, were spotted at the dharna — but the state BJP leadership was missing.

Inside the MP Assembly too, Chouhan was seen staging a walkout against the Nath regime over its alleged failure to waive Rs two lakh loans of farmers. According to Chouhan, the farm loan waiver required a budget of Rs 48,000 crore — but the Nath government reportedly provisioned for only Rs 5,000 crore in its budget. 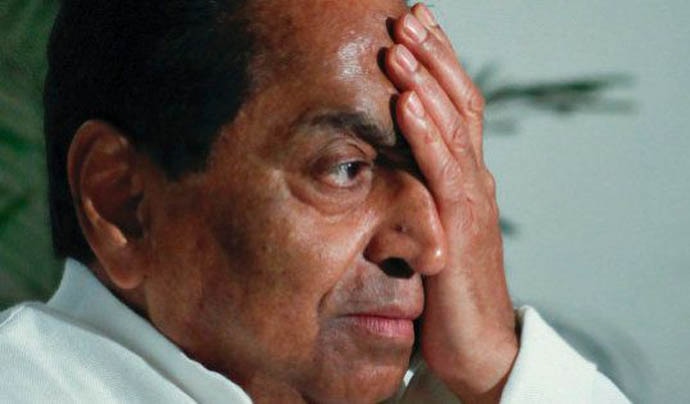 He's under stress: But, given the lack of BJP backing Shivraj Singh is getting, Kamal Nath still looks safe. (Photo: Reuters)

Chouhan, 60, has far more acceptability in MP than any other political leader. Therefore, it is rather intriguing that he has not been given a role and a 'free hand' to make things difficult for Nath. Popularly addressed as 'mama' (maternal uncle), Chouhan has a rather insatiable hunger to interact with the masses and people of all hues and shades.

As per one estimate, Chouhan, in his past 13 years as chief minister, led over 55 yatras. During these yatras, apparently Chouhan often even forgoes his meals to meet people. These yatras are a favourite with Chouhan as these give him 'live' connect with the masses and provide first-hand political feedback. It is said that throughout MP, Chouhan would know over two dozen influential persons by their first name in every Assembly constituency. 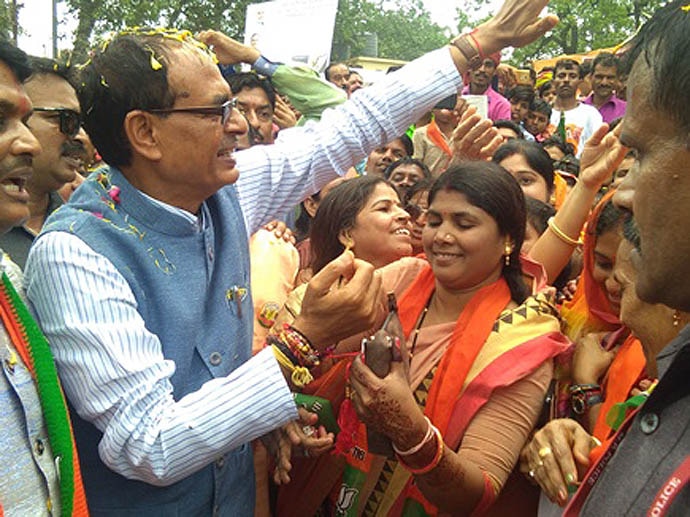 As chief minister, Chouhan was often seen to be accommodating towards minorities. Each time there was a protest over the introduction of the Gita in school syllabus, Surya Namaskar, Bhojan Mantra or singing of Vande Mataram, Chouhan had exempted students and government employees from participating. While it is true that the Chouhan regime had passed the Madhya Pradesh Freedom of Religion (Amendment) Bill, 2013 — which sought to make prior permission compulsory and stipulates a stringent jail term for forcible conversions — but both Muslim and Christian communities, opposed to the Bill, had no major complaints about its misuse.

Another bill to curb cow slaughter, named the Madhya Pradesh Gau-Vansh Vadh Pratishedh (Sanshodhan) Vidheyak (Madhya Pradesh prohibition of slaughter of cow-progeny amendment) Bill, was enforced under Chouhan and some of its provisions were termed 'draconian'. One such provision was making a person found guilty of cow slaughter liable for seven years imprisonment.

But once again, there were hardly any complaints about the misuse of these laws.

Some wonder if Chouhan's liberal image is preventing him from getting a Yeddurappa-like role in Madhya Pradesh's politics?