Why Modi government's idea of simultaneous elections is suspicious and worrying

In sync with its fixation for "uniformity" across the country, the Narendra Modi government has been toying with the idea of "one nation one election", for a while now. However, there has been little debate over what the implications of such a drastic change would be for India's political future. 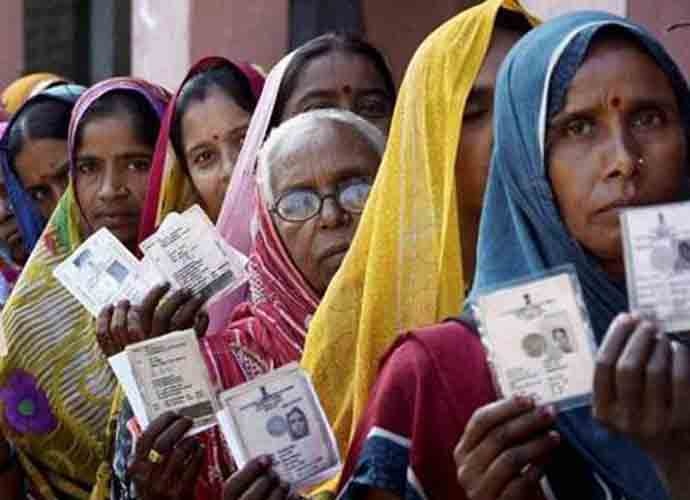 With the reports that the government will seek the Election Commission's opinion on whether it can be implemented from next year and the Law Commission likely to submit its report later this month, the matter of simultaneous elections being held in India is once again in focus.

The government's primary argument for conducting simultaneous elections is that polls are extremely expensive and constantly being in election mode is creating a policy paralysis.

As interesting and rational as the idea sounds, it is far from easy (or even desirable) to implement such drastic changes in the country as the Constitution doesn't give a "fixed term" to any government. A government is in power as long as it enjoys the confidence of the respective House. Hence, to necessitate such a change, a constitutional amendment needs to be made to fix the term of a government. Arriving at such a consensus would be near impossible, given that we have 29 states.

For instance, if a state government was elected in 2016, its normal tenure would last till 2021, (as long as it enjoys the confidence of the House). Thus, if it has to go for elections in 2019, its tenure will be cut short by two years.

Another aspect that is unclear is what would happen if in a particular state, there is a breakdown of constitutional machinery and President's Rule is imposed. In such a scenario, would that particular state have to remain under President's Rule for the rest of the term? It would therefore encourage the implementation of Article 356 on flimsy grounds by the central government, if it is faced by a political opponent ruling a state.

This will prove detrimental to the federal structure of India.

The government is also considering the idea of a motion of confidence to follow a motion of no-confidence. This means that if a government is brought down by a no-confidence motion, then the Opposition has to prove that it has the requisite numbers to form the government. This de facto will rule out any scope for a ruling government to be questioned. This is most dangerous because one of the basic pillars of democracy is accountability. For instance, the BJP had promised to accord Andhra Pradesh the special category status during its election campaign of 2014 but went back on its word after coming to power citing legal complications. If the term of the government is fixed and assured, how can it be questioned? Implementing simultaneous elections will in the long run reduce the importance of the regional parties as people will tend to lean towards the national parties, which is against the spirit of democracy, as it essentially takes away the choice of citizenry.

Elections indeed are expensive. But they must not be viewed as a burden on the exchequer because they are the very essence of democracy. If the fear of losing the confidence of the House is removed, governments can become very authoritarian. It is also likely to increase the use of money and muscle power, further scarring our democracy.

The idea of simultaneous elections may appear to solve the problem of frequent elections but will most certainly put our democratic traditions in peril. For a government that has displayed so much disdain for the democratic spirit over the years, the motive of suggesting such an idea needs to be viewed with caution. It is must be ascertained whether the government has the larger interests of the country in mind or some other ulterior motive.

This is a government that announced demonetisation overnight without much planning, including basics like whether the Rs 2,000 and Rs 500 notes would require recalibration of ATMs. It is unlikely that it gave the idea of simultaneous elections in India a deep thought.

Also read: Why Karnataka Assembly elections 2018 will be difficult to predict