The party has systematically denied all its senior leaders outside the Nehru-Gandhi family their due.

I can say with some confidence that the humiliation of Sitaram Kesri at the hands of senior leaders of the Congress party more or less shaped my political opinion during my teenage days.

At the time of the incident, I was a boy who had just passed his school finals. I was still in my teens and like many junior college students in West Bengal, I had an active interest in political affairs. I used to take part in political discussions among my small peer group and I'd dare say that almost everybody in my peer group used to agree that the Congress wasn’t a party worth our support. 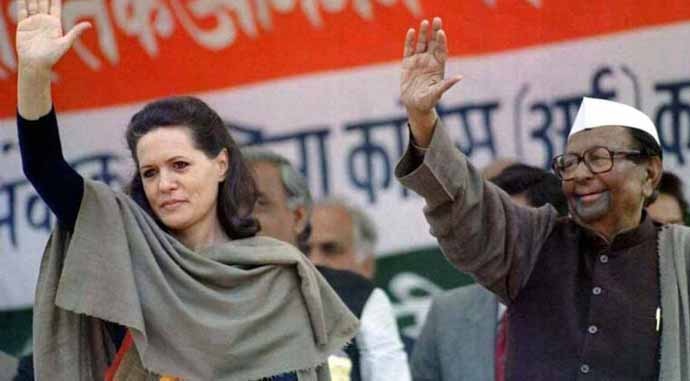 The Congress party has never valued its old leaders, unless they were from the family or its yes-men. (Source: Reuters)

I say a 'very small peer group' because I grew up in communist Bengal, where the atmosphere was always politically highly charged. We were a miniscule group of people who used to think that despite the communists claiming that they were a labour-friendly party, they had only acted as a fillip to the misfortune of factory workers as factories increasingly downed their shutters in the state while many Left leaders continued to render lip service before the media.

"My dear comrade, first decide whether you are with Russia or China," we would say joking about our communist friends who supported the CPI(M) in West Bengal, as many even among the senior CPI(M) leadership didn't know the difference between the communism practised in China vis-a-vis Russia and the clear ideological differences between the two of them.

The only poor and distant alternative to the communists in Bengal during 1997-1998 was the Congress (I).

When I was in school, I was used to seeing PV Narasimha Rao's face as the Prime Minister of India on television and in newpapers.

I also remember that for a brief period of time, it was Sitaram Kesri who was in the spotlight despite him not being a great orator. This was also when my political consciousness was taking shape. I was a schoolboy when the country saw the brutal killing of Rajiv Gandhi and I didn’t see another Gandhi ‘assume’ power till I was on my way to Class 12.

It was the Sitaram Kesri incident that weaned me away from the Congress party forever.

The way Kesri was removed from power said a lot about how the Congress is a party which is destined to be controlled by one family alone.

The incident was pretty straightforward and was played out in the media for a long time afterwards.

After staying out of active politics and after an electoral loss to the BJP in 1998, Sonia Gandhi finally agreed to step into active politics. But Kesri, who enjoyed huge popularity in the party at that time, apparently didn't want to relinquish the presidency of the party. He hadn't stepped down, despite a resolution to that effect from the party. 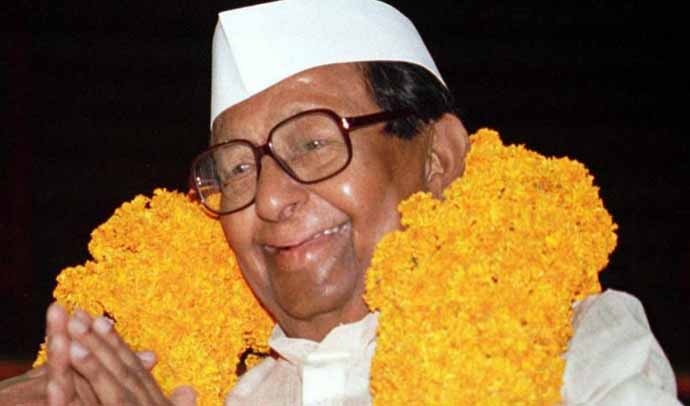 What followed was unprecedented in the history of the Congress.

Someone had reportedly bolted the door from outside when Kesri went in. He was then asked to leave and escorted out of the party office. Kesri was 82 years old when he was subjected to this humiliation.

The same incident is believed to have led to some very senior Congress leaders, including Sharad Pawar, PA Sangma and Tariq Anwar, walking out of the party, and the subsequent formation of the Nationalist Congress Party (NCP) as it would definitely made senior leaders feel vulnerable within the Congress fold.

This is the same incident that Prime Minister Narendra Modi mentioned during an election rally in Chhattisgarh recently.

Make a person outside the Nehru-Gandhi the Congress Party President for five years and I will agree that Pandit Nehru made a 'Chaiwallah' the PM. India has not forgotten how a stalwart like Sitaram Kesri Ji was treated by one family. pic.twitter.com/f4HC0XJii7

The chain of incidents affected me to a level that I could never believe in Congress ideals.

Till date, I have never agreed with the repeated Congress claims that the top posts of the party are for top performers and not for the dynasty's yes-men.

In my teenage mind, I could never fathom why an 82-year-old man and so many senior leaders were denied the voice that they had, despite remaining dedicated to the party for decades.

There were many other incidents that followed which drew me away from the Congress party – but the biggest shock was yet to come. It was the politics that was played over former PM PV Narasimha Rao's dead body.

Rao’s mortal remains were reportedly not allowed inside the gates of the Congress headquarters, a standard practice followed after the death of senior leaders by most political parties.

But that, as they say, is another story.

#Congress president, #Congress, #Narendra Modi, #Sitaram kesri
The views and opinions expressed in this article are those of the authors and do not necessarily reflect the official policy or position of DailyO.in or the India Today Group. The writers are solely responsible for any claims arising out of the contents of this article.