Sri Lanka’s Islamist nightmare: Why the investigation is being closely watched by India and Maldives

The ISIS aims to heighten religious tensions through mass casualty attacks on places of worship. Sri Lanka has so far not focused intensively on ISIS recruits and splinter groups. That will change.

Sri Lanka saw the worst terrorist attack on April 21, Easter Sunday, when six coordinated blasts — in four churches and two five star hotels — killed over 207 persons and injured over 450 others. 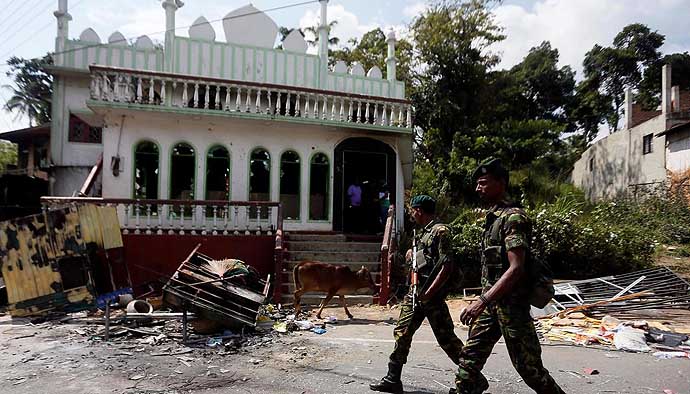 Over 200 people were killed in the serial blasts that rocked Sri Lanka on Sunday. (Source: Reuters)

The mass casualty attacks aimed at the country’s thriving tourist economy — tourist arrivals grew from 4,48,000 in 2009 to 2.3 million last year, netting the country $4 billion in foreign exchange. The Christian minority, which comprises seven per cent of the island’s 22 million population, was another target.

The attacks came a month ahead of the 10th anniversary of the May 17, 2009 defeat of the Liberation Tigers of Tamil Eelam (LTTE) in northern Sri Lanka after a 26-year long civil war.

This led to initial fears of a revival of the Tamil Tigers.

But even the LTTE, which pioneered the use of sea, air and ground-based suicide bombers, did not target indiscriminately civilians in the way the April 21 bombings did.

At least, not in the later years of their secessionist movement.

The worst Tiger attack was the January 1996 Central Bank bombing in Colombo, where a suicide truck bomber killed 91 people. Neither did the Tigers target churches — while the majority of the LTTE cadre were Hindus, several senior leaders, including its chief, Velupillai Prabhakaran, were Christians. Other suspects include Buddhist extremist groups like the Bodu Bala Sena that has been active in recent years on the island nation, targeting mosques and reportedly leading mobs against Muslim-owned businesses. The skill sets demonstrated by these coordinated bombings, however, suggest high levels of organisation and infrastructure and highly motivated terrorists and military-style execution — these ingredients, coupled with the attacks on churches, suggest the involvement of ISIS or ISIS-inspired elements. The ISIS aims to heighten religious tensions through mass casualty attacks on places of worship.

This is one reason Sri Lankan security authorities have spoken of ‘international elements’ being involved in the April 21 attacks.

The authorities have now turned the needle of suspicion towards an obscure Islamist terrorist group about whom they received an intelligence alert — a copy of the memo, dated April 11, obtained by CNN and signed by the deputy inspector general of police, Colombo, clearly lists plans for an alleged suicide attack on Colombo by a terrorist group, the Nations Thawahid Jaman (NJT), reportedly led by an individual called Mohomad Saharan.

The closest reference to the NTJ is a December 2015 paper by Iromi Dharmawardhane, research associate at the Institute of South Asian Studies in the National University of Singapore, who mentions a group called the Sri Lanka Thawheed Jamaat (SLTJ). The group, Dharmawardhane mentions, was ‘gaining prominence’ and ‘was influenced by the Tamil Nadu Thawheed Jamaath (TNTJ) an extremist organisation based in India.’ “Colombo was concerned that the SLTJ could become the platform through which Sri Lankan groups could join the rank of groups like ISIS to fight at home or abroad.”

The SLTJ has received little attention over the past four years, possibly because worries of growing radicalism among Sri Lanka’s Muslim minority population have not manifested into a bump in militant recruits. Only a handful of the island nation's recruits are believed to have traveled to ISIS-controlled territories in Syria and Iraq, which the group controlled between 2014 and 2018. A Lankan ISIS recruit, Sharfaz Shuraih Muhsin, was killed in an airstrike in Syria in July 2015.

The Maldives, in stark contrast — just 600 km south-west of Sri Lanka’s shores — has seen a thriving Islamist network, with over 200 recruits joining ISIS. For an atoll nation of less than 5,00,000 people, that translates into the highest number of ISIS recruits per capita anywhere in the world.

Sri Lankan authorities are now believed to have in their custody suspects involved in the bombings — and also samples of the explosives used.

The results of their investigations will be closely studied by both the Maldives — and India.

Also read: Yes, Minister: The NDA has a true asset in Sushma Swaraj, external affairs minister. If it returns, it must retain her