Sri Sri and the art of leaving the Nobel Prize behind

One presumes 2014, when Malala and Satyarthi shared the honour, was the year Mr Mr rejected the offer.

There are several pictures of Sri Sri Ravi Shankar hanging on the walls at my home in Trichur, where my mother stays.

One reason for that is my mother believes the founder of the Art of Living looks like me. I suppose in old age one's mind fails.

Sri Sri - and I have often wondered the meaning of the double honorific; it is like saying Mr Mr Kailash Satyarthi - is not yet that old. He is only 59. But already a kind of dementia seems to have seized him.

On Monday, he said he had rejected the Nobel Peace Prize and, in the same breath, said, Malala Yousafzai should not have been given one, as "she has done nothing." This is not entirely correct, because Malala did take a Taliban bullet in her head.

One presumes 2014, when Malala and Satyarthi shared the prize, was the year Mr Mr rejected the Nobel. Or maybe it was some other year. It barely makes a difference because rejecting the Nobel, no matter which year, must account for a strong political statement.

Mr Mr did hint at why he rejected the prize; he said the Nobel was a political prize. But then why did he apply for it? Of course, according to Nobel norms, anyone can be nominated for the prize at postmaster@nobel.no . So maybe the nomination was done on his behalf by someone else, or by his own Art of Living foundation without his knowledge. But still to reject the peace prize just like that… One can only say So Hum (I Am That). ["That" obviously stands in for Malala.] 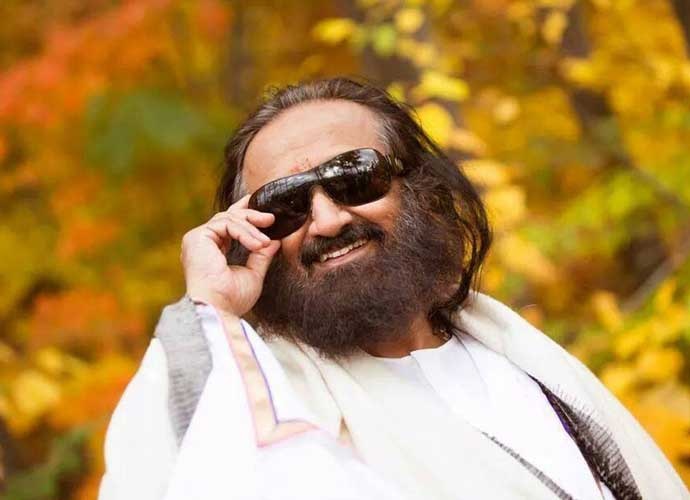 Sri Sri Ravi Shankar of the Art of Living.

On Monday, Mr Mr was visiting the drought-stricken Latur to do further good to the region. No breathing in and breathing out - a technique Mr Mr has made a fortune out of, and a technique whose total non-practice is likely to result in the immediate death of the disbeliever - is likely to make the Latur farmers dance in ecstasy.

Mr Mr has said he would do his best by Latur. He had irrigation in mind. But you need water for irrigation, no, Mr Mr? But he might well have rejected in his head the idea of irrigation with water. Irrigation without water is any day preferable.

Recently, according to the country's green tribunal, Mr Mr had messed up the banks of the Yamuna near Delhi in the process of holding an international Sat-Sangh. According to reports, his organisation is yet to pay the reparation charges. Perhaps he rejected that demand too.

Of late, Mr Mr's need to be seen doing great work towards international peace - the peace within the nation seemingly more or less under control - has overwhelmed him.

Last month, he offered to broker peace between the world and the ISIS. The ISIS was quick to respond to this olive branch; they sent a photograph of a beheaded man who, from an angle, resembled Mr Mr.

This must have caused Mr Mr to take in his breath sharply. In Latur, he said he was therefore OK to see a military resolution to the ISIS matter, which is likely to dim his chances of a Nobel peace prize in the future. That just means Mr Mr is denying himself a chance to reject the damn thing again.

Was Mr Mr in the Nobel race at all? Possible. Anyone can be nominated. Because according to the Nobel Prize rules, details of nominations and canvassing and related information cannot be divulged till after 50 years. So only an immortal like Baba Ram Dev stands a chance of figuring out the mystery.

Meanwhile, I have sent a new photograph of mine, hair and beard and all, to my mother in the hope that she actually mistakes me for Mr Mr and nominate me thinking of him for the next Nobel? In the resulting confusion, I hope to get my hands round the prize.

If it comes to it, I don't mind stopping a bullet with my head, too. My head has taken worse. In any case, these days it's a bit of a problem having one on your shoulders.

Post your comment
#Art of Living, #Nobel Peace Prize, #Malala Yusufzai, #Sri Sri Ravi Shankar
The views and opinions expressed in this article are those of the authors and do not necessarily reflect the official policy or position of DailyO.in or the India Today Group. The writers are solely responsible for any claims arising out of the contents of this article.