Disqualification of legislators: With SC refusing to intervene, onus is on political parties to come clean

It is for the Parliamentarians to put national interest before vote bank politics and desist from giving tickets to candidates with criminal cases.

Putting the onus on Parliament to keep criminals away, the Supreme Court on September 25 refused to bar politicians with criminal cases from contesting elections.

A five-judge constitutional bench, headed by Chief Justice Dipak Misra, said they were not in a position to disqualify candidates on filing of chargesheet in criminal cases.

The court said Parliament should enact a law to prevent people with a criminal background from entering public life and take part in law-making.

The court added that while the Election Commission cannot deny anyone a symbol, contesting candidates must declare any cases pending against them to their respective parties, and the same be put up on websites and prominently displayed.

The bench was hearing a bunch of petitions challenging the existing law that bars politicians from contesting elections for six years only if they are convicted for the crime.

The petitioner had argued that cases involving politicians are deliberately delayed, enabling them to remain in public life as lawmakers. 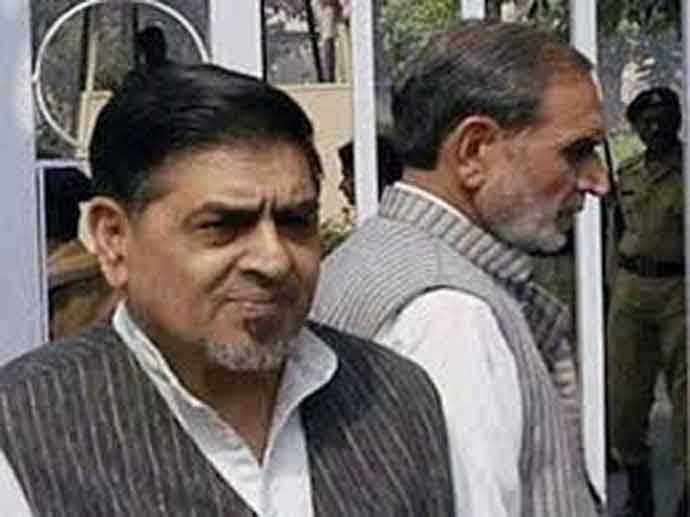 The 1984 anti-Sikh riots case has seen an inordinate delay where Congress' Sajjan Kumar and Jagdish Tytler were accused. Photo: PTI

While the centre, represented by the Attorney General, argued that mere allegations cannot prevent a person from contesting, it is a fact that cases involving politicians drag on for years.

Sometimes, witnesses are pressurised to turn hostile, evidence is lost and shoddy investigation insures justice is not only delayed, but in some cases, never delivered.

Several mafia dons have also successfully transitioned to politics. Prominent ones here include Mukhtar Ansari, Atiq Ahmed – accused along with his brother in BSP legislator Raju Pal's murder case in Allahabad, and DP Yadav. They were able to contest elections from even behind bars and win with a confortable margin.

And political parties were only too happy to accommodate them.

Raghuraj Pratap Singh, or Raja Bhaiya, has reigned supreme over the Kunda assembly segment in Uttar Pradesh since 1993.

In 1997, Singh served as minister of programme implementation in BJP's Kalyan Singh government and again was minister in Ram Prakash Gupta and Rajnath Singh's cabinet in 1999 & 2000.

Raja Bhaiya was earlier booked in 2002 under the stringent POTA during BSP chief Mayawati's stint as UP CM.

Singh, holding sway over a sizeable section of the Rajput vote in his region, has several criminal cases against him including that of the mysterious death of a witness in the killing of police officer Zia-ul-Haq, has been supporting the Samajwadi Party as an independent and was also rewarded with a prominent portfolio in the Akhilesh Yadav government.

He is also known to share a good relationship with current  UP CM, the BJP's Yogi Adityanath.

Several cases where senior leaders from political parties were accused, like Bofors, the 1984 anti-Sikh riots, where Congress' Sajjan Kumar and Jagdish Tytler were accused, the 2002 Gujarat riots case, where several BJP leaders were accused, have seen an inordinate delay.

From the first chargesheet that was filed in 1997, it took 16 years for former Bihar Chief Minister Lalu Prasad Yadav to be finally convicted in 2013. While the court is right in not stepping into the domain of Parliament, it is for the Parliamentarians to put national interest before vote bank politics and desist from giving tickets to candidates with criminal cases.

According to an affidavit filed by the Centre in the Supreme Court in March 2018, 1,765 MPs and MLAs, or 36% of Parliamentarians and state assembly members, are facing criminal charges in 3045 cases.

It is for the political parties to introspect why more than a third of our lawmakers come with criminal cases - and more importantly, what are they doing to prevent it.

Given the rising number of such politicians, one can safely assume their parties are not averse to fielding and promoting them, as long as they bring in votes.

It is finally up to the voters to take a deciding call whether to support such political parties and tainted candidates.

Also read: Is there a solution to the NRC imbroglio in Assam?

#Criminal politicians, #Dipak Misra, #Supreme Court, #Disqualification of mpmlas
The views and opinions expressed in this article are those of the authors and do not necessarily reflect the official policy or position of DailyO.in or the India Today Group. The writers are solely responsible for any claims arising out of the contents of this article.