The clash between CJI Dipak Misra and justice J Chelameswar has created a crisis of institutional credibility for the apex court.

Where there's smoke, there's fire, or pollution or, at least, a scandal. That was the buzz last week, as unprecedented fireworks flared up between the top judges and high-profile public interest lawyers, upsetting the tranquillity of the Supreme Court and keeping the nation on the edge. At stake was not just the authority of the judiciary but the reputation of lawyers and credibility of the Supreme Court Bar Association. In the end, the fire was doused, leaving behind a charred mass of bewilderment, bad taste and unanswered questions.

Who lit the fire?

The Central Bureau of Investigation (CBI) on September 19, when it booked a former judge of the Allahabad, Orissa and Chhattisgarh high courts, Ishrat Masroor Quddusi, and others under Section 8 of the Prevention of Corruption Act and Section 120-b of the Indian Penal Code. The scam allegedly involved tapped phone conversations between judges, hawala racketeers and officers of the Prasad Education Trust, about influencing higher judiciary and getting favourable verdicts from the courts. The trust was looking to regularise its Lucknow medical college, blacklisted by the Medical Council of India (MCI). Quddusi and a few others, however, came out on bail within a week. The Supreme Court came in the picture before this, when Prasad Institute filed a petition challenging government's decision to debar the medical college. In August, a Supreme Court bench headed by Chief Justice of India, Dipak Misra, directed a review of the order, but the Centre refused to lift its restriction on the medical college until 2018-19. Around this time, a number of news reports started trickling in that according to unnamed "CBI sources", the name of a sitting Supreme Court judge was taken by the arrested accused (although the CBI FIR did not mention any). The Campaign for Judicial Accountability and Reforms (CJAR) took up the cause, filing a writ petition in the Supreme Court, seeking an independent, court-monitored probe by a Special Investigating Agency (SIA) headed by a retired CJI of the Supreme Court.

Spark in the tinderbox

This was Petition 1, filed before the bench of justice J Chelameswar in court room 2 on November 8. CJAR advocate Prashant Bhushan argued that the CBI was making little progress with the investigation, being controlled by the government; that it had hinted at corruption at the highest levels of the judiciary; that it would not be appropriate for the CJI to deal with this matter on grounds of conflict of interest, as he was on the bench that dispensed with the case relating to Prasad Education Trust in the past. Justice J Chelameswar posted the matter for hearing on November 10. But Bhushan reportedly got a call from the SC Registry in the afternoon that the matter was listed by the CJI.

On November 9, came Petition 2, on exactly the same lines as Petition 1 and again before the same bench, but the petitioner this time was advocate Kamini Jaiswal, a member of CJAR. At 10.30 am, senior advocate Dushyant Dave came in with the petition - This writ petition raises some very important issues concerning the integrity of the institution - seeking an immediate listing.

According to practice and law, the CJI always assigns matters to various benches and even if a judge refers a case to a constitution bench, the composition is always decided by the "master of the roster" - the CJI. 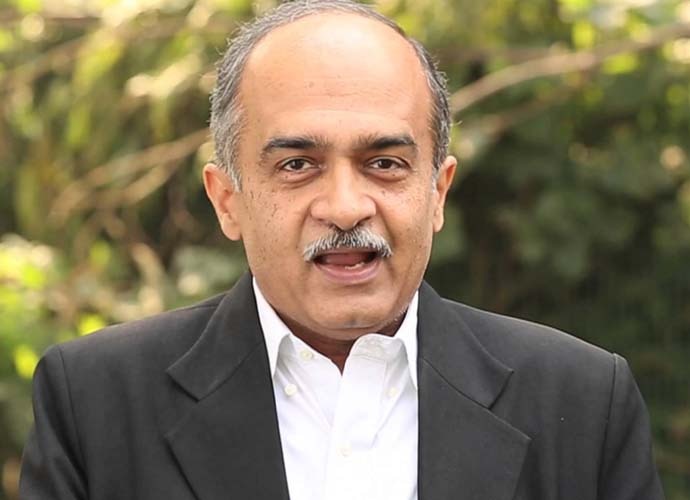 The matter took another turn, when the CJI set up a seven-judge bench to hear the order passed by justice Chelameswar bench. Two of the judges, however, recused themselves. At 3.20pm, a tumultuous scene ensued as the five-judge bench delivered a harsh rebuke: Why was a second petition filed? A raft of lawyers opposed the petitioners.

Rupinder Singh Suri, president of the Supreme Court Bar Association, accused them of "forum shopping"- a derogatory term used when lawyers try to get a matter listed before a certain bench, anticipating favourable orders. Bhushan, too, raised his voice ("If Your Lordships want to pass an order without hearing me, then do it") and stormed out. The five-judge bench annulled the order passed by justice Chelameswar and declared: "The Chief Justice is the master of the roster and he alone has the prerogative to constitute the benches of the court and allocate cases."

The judiciary-executive friction is not new. But what happens when members of the bar interfere with the administration of justice? Court insiders who witnessed the scenes in the Supreme Court - with the bar and the bench shouting at each other - are shaken and shocked. "It's something we thought happens only in Pakistan," said a young lawyer. "We need lawyers who would not browbeat judges into giving them favourable verdicts, we need a civilised bar and we need judges who can control their emotions in court," he said.

Some are blaming the judiciary for creating a crisis of institutional credibility for itself. A lot of care needs to be exercised so that the anti-corruption measures do not undermine the independence of the judiciary. Speculative naming (or suggestion in a CBI report) can also be an instrument of seeking recusals or undermining the independence of judges, writes Pratap Bhanu Mehra, president of the Centre for Policy Research, Delhi, in his column in The Indian Express. "It's very easy for a person to ask a certain judge to recuse himself but it must be on substantial grounds," jurist and former attorney general of India Soli Sorabjee has said in an interview with BloombergQuint Live TV.

Legal scholar and founder of NLSIU and NUJS law schools, NR Madhava Menon, thinks lawyers are "maligning the court without justification". Without evidence, or FIR, what is being said about the CJI and conflict of interest are all conjectures, he explained. "That is malicious and quite unjustified on part of both Kamini Jaiswal and Prashant Bhushan to put in the second petition and also implicate justice (Ajay Manikrao) Khanwilkar."

He adds: "If you put the Supreme Court in such a situation in public mind, the damage can be irreparable."

"It is per se contempt to say that judges are so amenable," attorney general KK Venugopal has argued in court. "Allegations made are irresponsible, intemperate and reckless. The bar and bench have been split because of this case." Jurist Fali S Nariman has written in a column in The Tribune newspaper: "What began as an exhibition of judicial indiscipline... ended in judicial chaos..."

The biggest question has come from the CJI: "Everybody now doubts the Supreme Court. That, too, merely on the basis of rumours spread. How do we repair this damage?"

Also read: Ayodhya dispute: Why BJP is angling for an out-of-court settlement

#Justice Chelameswar, #Prashant Bhushan, #Judges bribery case, #Supreme Court
The views and opinions expressed in this article are those of the authors and do not necessarily reflect the official policy or position of DailyO.in or the India Today Group. The writers are solely responsible for any claims arising out of the contents of this article.