Any nuclear attack on India will lead to destruction of Pakistan

New Delhi will respond by executing its doctrine of massive retaliation and Islamabad will cease to exist as a functional nation state.

Nuclear sabre-rattling is the favourite pastime of Pakistan’s political and military leaders. Defence minister Khawaja Asif has once again held out a nuclear threat to India.

He said, “Islamabad is open to using tactical (nuclear) devices against India if it feels its safety is threatened.”

The story of Pakistan’s tactical nuclear weapons (TNWs) goes back several years. Pakistan’s Strategic Forces Command tested the 60km range Hatf-9 (Nasr) short-range ballistic missile (SRBM) in April 2011, May 2012 and February 2013. It is claimed to be nuclear-tipped and is reported to be a replica of the Chinese M-20 missile. 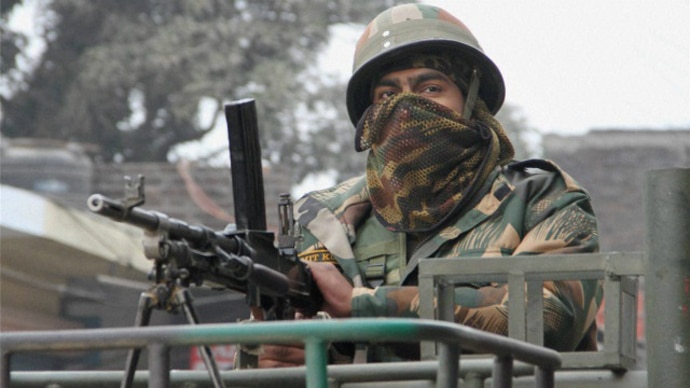 Even though Pakistan has chosen to acquire these dangerous weapons, India has wisely opted not to go down the TNW route. Photo: PTI

Dr Shireen Mazari, chief executive officer, Strategic Technology Resources, had said after the first test that the Nasr missile was a technology demonstrator and had not been inducted into the nuclear arsenal.

Since then, it may have been operationalised.

Short-range missiles like the Nasr armed with TNWs are inherently destabilising and there are several compelling reasons for leaving these out of the nuclear arsenal. Firstly, these are extremely complex weapons (particularly sub-kiloton mini-nukes, because of the precision required in engineering) and are difficult and expensive to manufacture and support technically.

Inducting them into service even in small numbers is a drag on the budget of the strategic forces.

Secondly, the command and control of TNWs needs to be decentralised at some point during war to enable their timely employment. Extremely tight control would make their possession redundant and degrade their deterrence value. Decentralised control would run the risk of their premature and even unauthorised use – Kissinger’s "mad major syndrome".

Thirdly, since the launchers must move frequently to avoid being targeted, dispersed storage and frequent transportation of TNWs under field conditions, increases the risk of accidents. Lastly, the employment of conventional artillery and air-to-ground precision weapons by the enemy may damage or destroy forward stored nuclear warheads.

It was for many good reasons that the US and its NATO allies and the Soviet Union and Warsaw Pact forces developed, produced, stockpiled in large numbers and planned to use TNWs as weapons of war. Even the mini-nukes and the so-called "clean" enhanced radiation neutron bombs would have, if used in substantial numbers in a European war, afflicted a few hundred million civilians, including future generations, with long-term radiation sickness of incalculable magnitudes.

The professed military utility of blunting a major armoured offensive is debatable as the attacker would ensure that he does not present a concentrated target before the bulk of tactical nuclear weapons, or at least their delivery systems, have been destroyed in an initial phase that itself would turn out to be apocalyptic.

Even then, the attacker would concentrate rapidly for short durations only at the point of decision and then disperse quickly. In the well-developed, semi-urban terrain of Punjab on both the sides of the India-Pakistan boundary, collateral damage would be unavoidable. Hundreds of thousands of civilian casualties would be politically unacceptable and unmanageable for an army fighting a war.

Political and diplomatic reasons also militate against the use of tactical nuclear weapons. A nuclear posture with a first use option – NATO’s in Europe and Pakistan’s current nuclear policy – is both repugnant and dangerous. It is also destabilising and naturally escalatory in nature. With the ongoing megamedia revolution public opinion is bound to undermine the credibility of the use of TNWs and, as deterrence is more than anything else a mind game, the lack of credibility does nothing for enhancing deterrence.

The command and control of tactical nuclear weapons has naturally to be decentralised during war to enable their timely employment. Extremely tight control would make their possession redundant and degrade their deterrence value by several orders of magnitude. Decentralised control would run the risk of their premature and even unauthorised use based on the discretion of field commanders, however discerning and conscientious they may be.

Dispersed storage and frequent transportation under field conditions, since the launchers must move from hide to hide to avoid being easily targeted by the adversary, increases the risk of accidents as well as complicates nuclear security. The employment of conventional artillery and air-to-ground precision weapons by the adversary may damage or destroy forward stored nuclear warheads and, though the probability is low, may even set off a nuclear explosion.

Also, widely dispersed nuclear warheads are difficult to guard effectively and may fall into jihadi hands – a fear that cannot be taken lightly in the epicentre of Islamist fundamentalist terrorism.

Even though Pakistan has chosen to acquire these dangerous weapons, India has wisely opted not to go down the TNW route.

The Nasr missile is said to be Pakistan’s answer to India’s Cold Start doctrine. The Pakistan army proposes to use the Nasr missile to drop a low-yield nuclear warhead on Indian mechanised forces that have entered Pakistani territory with a view to stopping the Indian offensive in its tracks.

It is a patently flawed approach as, in response to a nuclear attack on its forces, India will execute its doctrine of massive retaliation and Pakistan will cease to exist as a functional nation state.

Surely, that is not the end state that the Pakistan army is prepared to accept. Hence, Pakistan’s TNWs are a bluff that India can call.

Post your comment
#Surgical strikes, #Pakistan, #Uri attack, #India-Pak
The views and opinions expressed in this article are those of the authors and do not necessarily reflect the official policy or position of DailyO.in or the India Today Group. The writers are solely responsible for any claims arising out of the contents of this article.