Wombs on rent: Inside a surrogacy hostel in India

Completion of nine months and a normal baby will translate into an amount they can otherwise never dream of earning or saving up.

How can you say there is something wrong in what I'm doing? I am bringing light in the life of a family, how is that a bad thing?

A dull stillness greets you inside the inconspicuous surrogacy hostel in Gurgaon. Women, with heavy bellies and children in tow, wait to finish their term. Completion of nine months and a normal baby will translate into Rs 3 lakh, an amount they can otherwise never dream of earning or saving up.

Dressed in a crisp white shirt, sharp grey trousers, pointy black shoes, a Rado watch and what appears to be diamond rings, Bajrang Saharn, director of Vansh Health Care, takes us around the hostel where women in old nightgowns and dupattas sit watching TV or chatting with one another. The rooms are airy and large, fitted with as many beds as possible. Children, starting from the age of three, stare wide-eyed at us, as we interrupt their movie time. The group appears to be one unit, brought together by their parents' decision to rent their mother's womb.

The sight of a frail 27-year-old with a large baby bump sitting at the end of a corridor, combing her long thin hair, catches my attention. Her three-year-old stands patiently by her, probably admiring his mother. 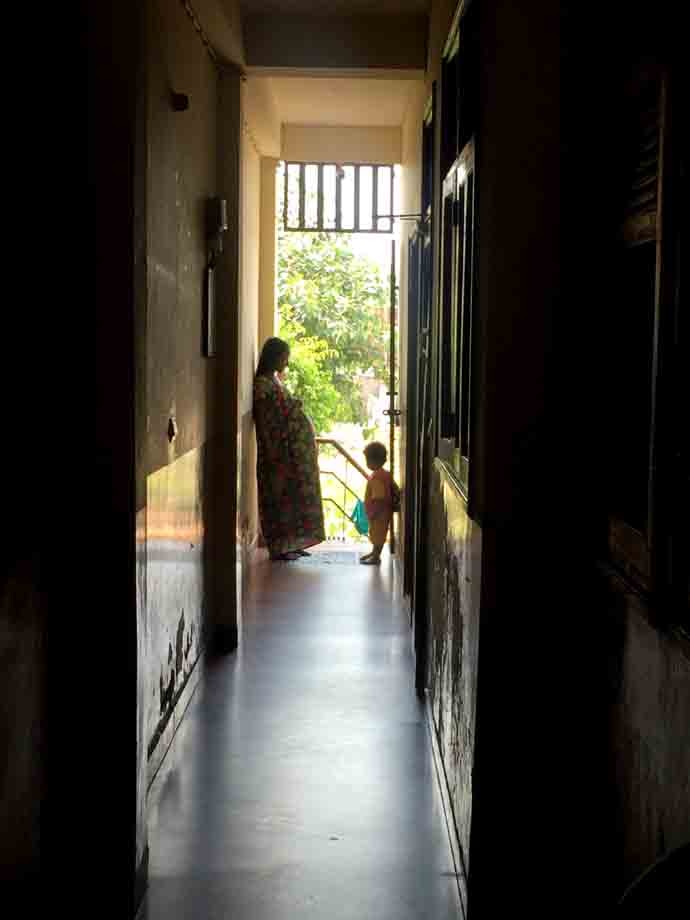 The pregnant woman is a 27-year-old from Chennai. (Photo credit: Seemi Pasha)

Staffers at the hostel tell me she's due for a delivery the next day. She's willing to speak but doesn't want her identity to be revealed. Wife of a taxi driver, she first heard about surrogacy through a neighbour who had earned Rs 3 lakh by carrying a baby for another woman.

The young woman from Chennai and her husband decided it was a brilliant idea. Renting her womb would require no financial investment on their part and would be a win-win for the family.

When asked if she had told her parents and extended family about her decision, she bluntly replies: "We have no house, no land, no savings. We need this money. It's not like my family is willing to support me. If they can't help us out, they have no say. It's a decision that my husband and I have taken after careful consideration."

The couple obviously has big plans for the money. I ask her if she will miss the baby and she promptly says no. "I already have two children of my own... I'm doing this for them," she insists.

Most women who agree to become surrogates are driven by extreme poverty to rent their wombs in exchange of money. While some are unemployed, others earn a paltry Rs 6,000-8,000 a month.

Twenty-four-year old Jyoti, a cook by profession, is living in this hostel run by Vansh Health Care for the last four months. She decided to become a surrogate when she heard that her neighbour had earned Rs 3 lakh by renting her womb for nine months.

"What I am giving to them is priceless," she says, "I am giving them a successor. You can't put a price on that. In return they are giving me some money... not as a price for carrying the baby but as a token of appreciation." 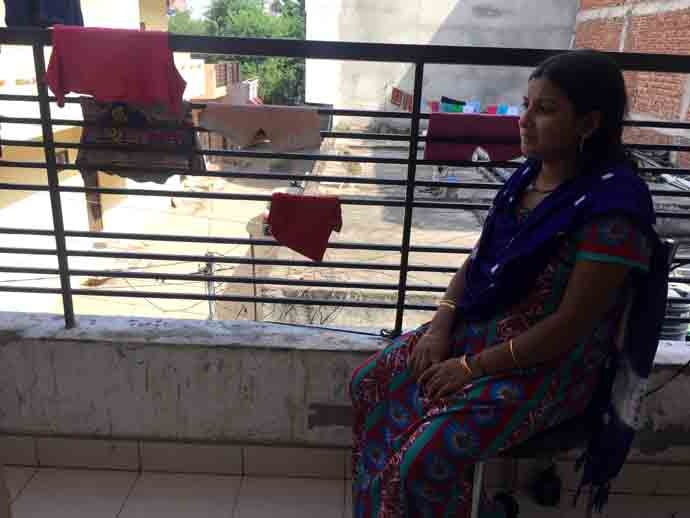 Even as she talks about the emotionally satisfying aspect of giving someone the joy of a child, Jyoti is almost clinical about the baby she's carrying in her womb. She's clear the baby is not hers... and she's carrying it for a purpose.

Even though Jyoti doesn't say it in so many words, Mandakini, another surrogate, is more forthcoming. I ask her if she would have agreed to become a surrogate if she wasn't in need of money, and she promptly says no. "Why would I be a surrogate for someone else if I don't need the money? Why would I make myself go through this pain?" 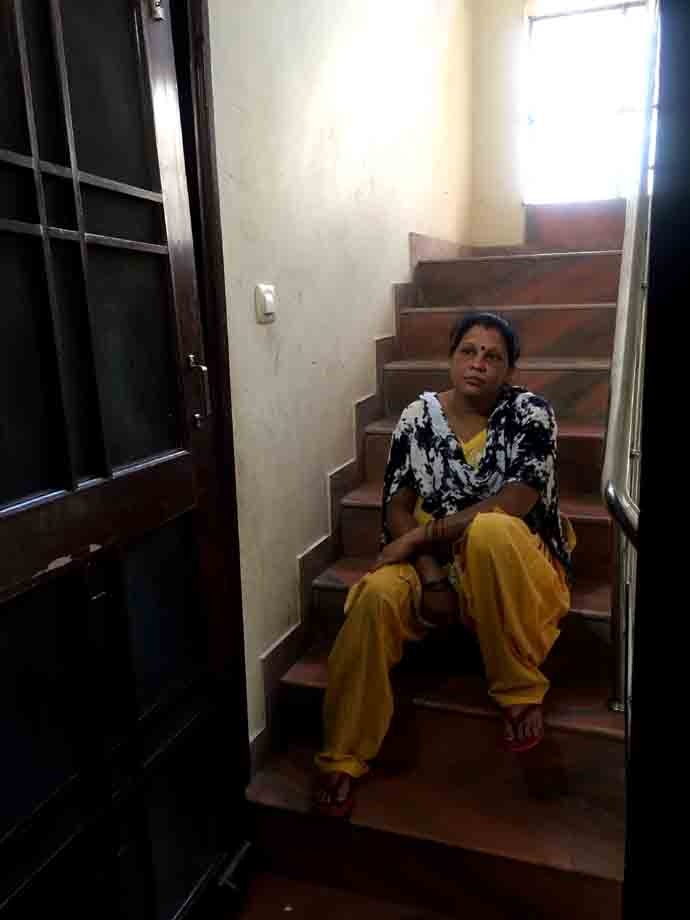 I ask her what she will do if he were to find out from somewhere else, from a relative or friend? Mandakini smiles and says she has a foolproof plan. She hasn't told anyone in her extended family about her decision and hopes it will never be revealed to her own child.

This is the harsh reality of commercial surrogacy in India. Rupees three lakh is a big amount for these families... though when compared to international standards... it falls embarrassingly short.

Having a child through surrogacy in India costs anywhere between Rs 10-25 lakh. In the US, it can cost up to ten times more. According to the Lancet, surrogate mothers in India are paid anywhere between Rs 3-5 lakh, whereas in the US their counterparts command up to Rs 25 lakh.

It was this cost difference that brought 55-year-old Bharti to Anand in Gujarat. An NRI settled in the US, Bharti lost her child in an accident a couple of years ago. She chose to get a baby through surrogacy in India because it wasn't possible for her to conceive at her age.

She chose Anand because the town has become famous worldwide for surrogacy and obviously doesn't cost as much as having a baby through the same procedure in the US.

"I don't approve of this new legislation that the government has brought. Where does it leave people like me? I'm not fertile enough to have a child of my own," says Bharti, as she carefully picks up the infant and cradles her in her arms.

The other argument against surrogacy is that IVF clinics, doctors and middlemen end up making more money than the women who actually carry the child in their womb.

With unregulated procedures carried out at unregistered clinics... chances of exploitation increase. "There are cases where surrogates may be getting exploited but that happens in small towns where clinics are not registered. We have a licence and we have tied up with some of the best hospitals in Delhi," says the sharply-dressed Bajrang.

He tells me his hostel has tied up with Fortis and Gangaram hospitals in Delhi. When couples approach fertility clinics at these upmarket hospitals looking to explore the possibility of getting a surrogate to carry their child, he's the one who is called in to organise the backend work.

Surrogacy - many would say - is all about connecting people in need. It's about connecting a poor woman in dire need of money with a couple desperately wanting to have a child of their own.

As criticism pours in for the government's decision to ban commercial surrogacy, it is a regulatory framework that many are demanding.

Does a woman have the right to rent out her womb - and can that decision be used by her family and middlemen to exploit her? These are some of the concerns that our policymakers are grappling with.

#Supreme Court, #Women, #Infertility, #Surrogacy Bill
The views and opinions expressed in this article are those of the authors and do not necessarily reflect the official policy or position of DailyO.in or the India Today Group. The writers are solely responsible for any claims arising out of the contents of this article.