Suryanamaskar: How I became a sun worshipper

And the best thing about it is that it never tells me I'm unworthy.

When it comes to bullshit, big-time, major league bullshit, you have to stand in awe of the all-time champion of false promises and exaggerated claims: religion. No contest. No contest. Religion. Religion easily has the greatest bullshit story ever told. Think about it. Religion has actually convinced people that there's an invisible man living in the sky who watches everything you do, every minute of every day. And the invisible man has a special list of ten things he does not want you to do. And if you do any of these ten things, he has a special place, full of fire and smoke and burning and torture and anguish, where he will send you to live and suffer and burn and choke and scream and cry forever and ever 'til the end of time!

But He loves you. He loves you, and He needs money! He always needs money! He's all-powerful, all-perfect, all-knowing, and all-wise, somehow just can't handle money! Religion takes in billions of dollars, they pay no taxes, and they always need a little more. Now, you talk about a good bullshit story. Holy Shit! 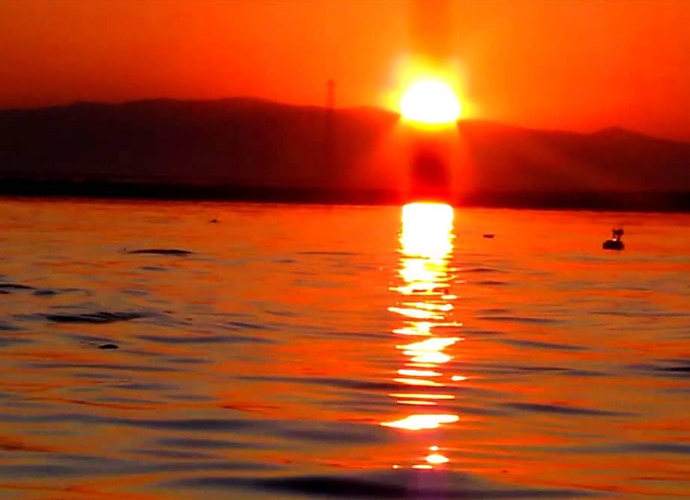 Something is wrong here. War, disease, death, destruction, hunger, filth, poverty, torture, crime, corruption, and the Ice Capades. Something is definitely wrong. This is not good work. If this is the best God can do, I am not impressed. Results like these do not belong on the résumé of a Supreme Being. This is the kind of shit you'd expect from an office temp with a bad attitude. And just between you and me, in any decently-run universe, this guy would've been out on his all-powerful ass a long time ago. And by the way, I say "this guy", because I firmly believe, looking at these results, that if there is a God, it has to be a man.

No woman could or would ever f*ck things up like this. So, if there is a God, I think most reasonable people might agree that he's at least incompetent, and maybe, just maybe, doesn't give a shit. Doesn't give a shit, which I admire in a person, and which would explain a lot of these bad results.

So rather than be just another mindless religious robot, mindlessly and aimlessly and blindly believing that all of this is in the hands of some spooky incompetent father figure who doesn't give a shit, I decided to look around for something else to worship. Something I could really count on.

And immediately, I thought of the sun. Happened like that. Overnight I became a sun-worshipper. Well, not overnight, you can't see the sun at night. But first thing the next morning, I became a sun-worshipper. Several reasons. First of all, I can see the sun, okay? Unlike some other gods I could mention, I can actually see the sun. I'm big on that. If I can see something, I don't know, it kind of helps the credibility along, you know? So everyday I can see the sun, as it gives me everything I need; heat, light, food, flowers in the park, reflections on the lake, an occasional skin cancer, but hey. At least there are no crucifixions, and we're not setting people on fire simply because they don't agree with us.

Sun worship is fairly simple. There's no mystery, no miracles, no pageantry, no one asks for money, there are no songs to learn, and we don't have a special building where we all gather once a week to compare clothing. And the best thing about the sun, it never tells me I'm unworthy. Doesn't tell me I'm a bad person who needs to be saved. Hasn't said an unkind word. Treats me fine. So, I worship the sun. But, I don't pray to the sun. Know why? I wouldn't presume on our friendship. It's not polite.

I've often thought people treat God rather rudely, don't you? Asking trillions and trillions of prayers every day. Asking and pleading and begging for favors. Do this, gimme that, I need a new car, I want a better job. And most of this praying takes place on Sunday His day off. It's not nice. And it's no way to treat a friend.

But people do pray, and they pray for a lot of different things, you know, your sister needs an operation on her crotch, your brother was arrested for defecating in a mall. But most of all, you'd really like to f*ck that hot little redhead down at the convenience store. You know, the one with the eyepatch and the clubfoot? Can you pray for that? I think you'd have to. And I say, fine. Pray for anything you want. Pray for anything, but what about the Divine Plan?

Remember that? The Divine Plan. Long time ago, God made a Divine Plan. Gave it a lot of thought, decided it was a good plan, put it into practice. And for billions and billions of years, the Divine Plan has been doing just fine. Now, you come along, and pray for something. Well suppose the thing you want isn't in God's Divine Plan? What do you want Him to do? Change His plan? Just for you? Doesn't it seem a little arrogant? It's a Divine Plan. What's the use of being God if every run-down shmuck with a two-dollar prayerbook can come along and f*ck up Your Plan?

And here's something else, another problem you might have: Suppose your prayers aren't answered. What do you say? "Well, it's God's will." "Thy Will Be Done." Fine, but if it's God's will, and He's going to do what He wants to anyway, why the f*ck bother praying in the first place? Seems like a big waste of time to me! Couldn't you just skip the praying part and go right to His Will? It's all very confusing.

So to get around a lot of this, I decided to worship the sun. But, as I said, I don't pray to the sun. You know who I pray to? Joe Pesci. Two reasons: First of all, I think he's a good actor, okay? To me, that counts. Second, he looks like a guy who can get things done.

Joe Pesci doesn't f*ck around. In fact, Joe Pesci came through on a couple of things that God was having trouble with. 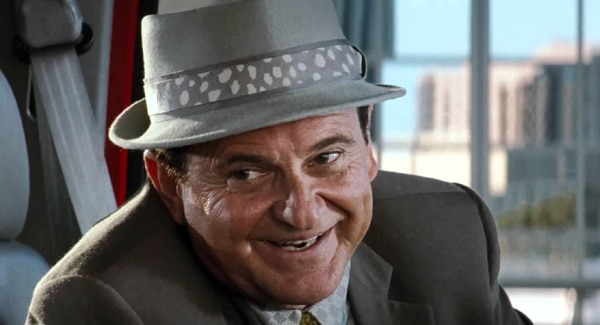 For years I asked God to do something about my noisy neighbor with the barking dog, Joe Pesci straightened that cocks*cker out with one visit. It's amazing what you can accomplish with a simple baseball bat.

So I've been praying to Joe for about a year now. And I noticed something. I noticed that all the prayers I used to offer to God, and all the prayers I now offer to Joe Pesci, are being answered at about the same 50 per cent rate. Half the time I get what I want, half the time I don't. Same as God, 50-50. Same as the four-leaf clover and the horseshoe, the wishing well and the rabbit's foot, same as the Mojo Man, same as the Voodoo Lady who tells you your fortune by squeezing the goat's testicles, it's all the same: 50-50. So just pick your superstition, sit back, make a wish, and enjoy yourself.

And for those of you who look to The Bible for moral lessons and literary qualities, I might suggest a couple of other stories for you. You might want to look at the Three Little Pigs, that's a good one. Has a nice happy ending, I'm sure you'll like that. Then there's Little Red Riding Hood, although it does have that X-rated part where the Big Bad Wolf actually eats the grandmother. Which I didn't care for, by the way. And finally, I've always drawn a great deal of moral comfort from Humpty Dumpty. The part I like the best? "All the king's horses and all the king's men couldn't put Humpty Dumpty back together again." That's because there is no Humpty Dumpty, and there is no God. None, not one, no God, never was.

#Yoga, #George Carlin, #Suryanamaskar
The views and opinions expressed in this article are those of the authors and do not necessarily reflect the official policy or position of DailyO.in or the India Today Group. The writers are solely responsible for any claims arising out of the contents of this article.

The writer was an American comedian and social critic.