Suicide or murder? Clearing the fog of confusion around Sushant Singh Rajput's death

India Today Editor-in-Chief talks about the twists and turns in the sensational death of Sushant Singh Rajput and the many questions it has raised, in the August 31, 2020 edition of the India Today Magazine.

When the makers of a biopic on Indian cricket captain Mahendra Singh Dhoni wanted a Bollywood star to play the titular role, they didn’t have to look beyond Sushant Singh Rajput. Not only were the actor and the cricketer born and raised in the same state, but their careers were also mirror-images of each other. Both were rank outsiders who had broken into their fiercely competitive professions by dint of sheer talent. Inspirational stories of self-made stars are the stuff of cinematic dreams. Yet, not even the finest scriptwriter could have imagined the drama around Sushant Singh Rajput’s tragic death on June 14. The actor’s demise, given his age, success and potential, has evoked collective shock across the nation. The disbelief and curiosity have been on an unprecedented level. That it happened amid a pandemic and the lockdown meant that his fans held a vigil for him on social media through hashtags, shared speculative investigative and forensic theories on WhatsApp and YouTube. Unfortunately, the whole investigation seems to be driven by news channels and social media rather than the police.

Sushant’s suicide has entered the pantheon of shockingly untimely celebrity deaths such as those of Divya Bharti and Sridevi. Emotions supersede facts or the lack thereof, and alternative theories abound. Sushant’s death by suicide, as determined by his postmortem and viscera reports, has become a tantalising film with many twists and turns and characters of various kinds coming out of the woodwork of his life. A tragedy rapidly descended into an exaggerated drama about a closed circle of interest groups within the industry. Labelled the ‘movie mafia’, they were accused of denying talented outsiders their due. This narrative played out for 40 days, during which time the Mumbai police summoned celebrity Bollywood directors and other film industry bigwigs for questioning. Anyone who had a grievance about how Bollywood works jumped into the fray. On news channels or to anybody who cared to listen, they poured out their angst, claiming it was a rigged system that drove Sushant to suicide. 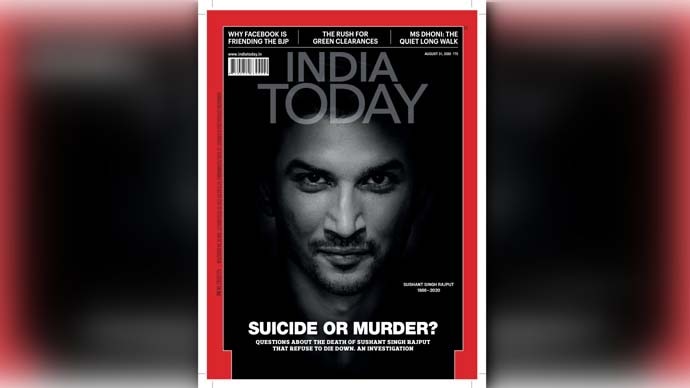 However, all this was forgotten when almost six weeks after his death, Sushant’s family accused his girlfriend Rhea Chakraborty, her family and two others of abetting his suicide. The Mumbai police, famed for their sleuthing skills, seem to have been shockingly lax in their investigation of the star’s death. They failed to explain several alleged inconsistencies or even to file an FIR in the case. Many of the conspiracy theories could have been squelched initially had the police been more diligent. The actor’s family filed a complaint in Patna because they had no faith in the Mumbai police’s investigation. The Bihar police took cognisance of the complaint, filed an FIR and followed it up with an investigation. As part of the process, they turned up in Mumbai, triggering the political battle between the two states and their police machinery. The Enforcement Directorate has also joined the investigations because of the accusations of money-laundering.

In India, if there is any controversy worth taking advantage of, politics can never be far behind. The Bihar elections are barely two months away, and Sushant’s death has become cause celebre for politicians to exploit in the name of seeking justice for him. The politicians of Bihar are incredibly forthcoming in making statements about the case but maintain a studied silence when it comes to the floods or the pandemic in their state. The Maharashtra government is a non-NDA one, and the Supreme Court’s recent decision to uphold the transfer of the case to the CBI has left it red-faced. That this is now a Supreme Court-monitored CBI investigation has propelled Sushant’s suicide into the league of other sensational cases — the 1999 shooting of model Jessica Lall and the 2008 murder of Aarushi Talwar, one solved, the other unsolved. In both cases, a collective nationwide desire for justice was the common thread. Yet, what explains the grip of the Sushant suicide saga on our national consciousness amid a raging Covid-19 pandemic, a grim economic downturn and an aggressive troop mobilisation by the Chinese on our northern borders? Subliminally, the story is perhaps a reflection of our obsession with actors and their celebrity lifestyles. It is as much about the realisation that celebrities can sometimes be as fragile and vulnerable as any of us.

Our cover story, ‘Suicide or Murder?’, written by Senior Associate Editors Suhani Singh, Kiran D. Tare and Amitabh Srivastava, examines the twists and turns in this sensational death of a star and the many questions it has raised. Claims and counterclaims, facts and myths, subplots and conspiracy theories proliferate. We endeavour to clear this fog of confusion as much as we can.

Meanwhile, we wait for the CBI to find the truth as and when they do. Hopefully, it will be soon so that the speculation can stop.

(India Today Editor-in-Chief's note for the cover story, Suicide or Murder?, for August 31, 2020)

#India today magazine, #Cbi investigation, #Mumbai Police, #Rhea chakraborty
The views and opinions expressed in this article are those of the authors and do not necessarily reflect the official policy or position of DailyO.in or the India Today Group. The writers are solely responsible for any claims arising out of the contents of this article.