Beating the Odds: From boy peon to India's home minister, Sushil Kumar is back in electoral politics from Solapur, Maharashtra

The politician in him is optimistic about another ‘Delhi assignment’ if the Congress and non-NDA regional allies manage to defeat the might of the Narendra Modi-led NDA-BJP on May 23.

On April 18, when Solapur in Maharashtra votes, it would be yet another battle for a life that has been a story of many struggles and beating the odds. 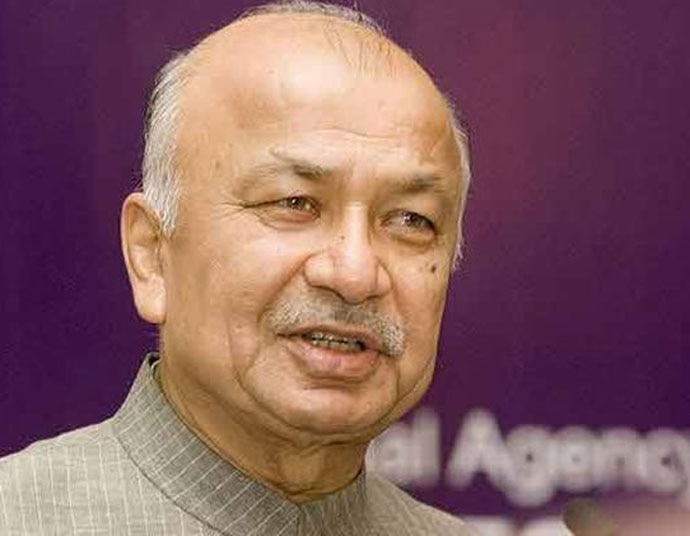 Eye on an aim: Sushil Kumar Shinde has faced many difficulties in his life to reach where he reached. (Source: Reuters)

Former union home minister Sushil Kumar Shinde has come a long way from being the amateur actor, Sambhajirao Shinde — and a child labourer who worked in a factory for a monthly wage of Rs 10.

At 77, Shinde, who is seeking a fifth term in the Lok Sabha, is pitted against Dalit leader Prakash Ambedkar, who heads the Vanchit Bahujan Aghadi (VBA). After the 2014 defeat, Shinde had reportedly thanked voters of Solapur for saving him from the ‘disgrace of forfeiting his deposit’.

Pranab Mukherjee gave him a fitting tribute on September 4, 2016, when, as President of the country, he told a gathering in Solapur, “His (Shinde’s) story is the story of India. India too has overcome many difficulties — backwardness, illiteracy, disease and ignorance." 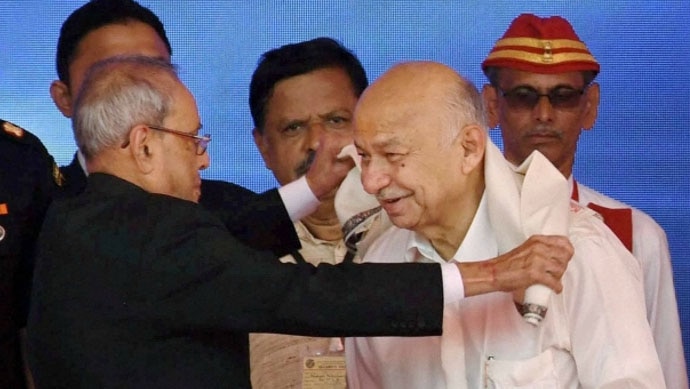 Former Congress president Sonia Gandhi was apparently reminded of Shinde when she read former US President Barack Obama’s autobiography. “When I was reading Barack Obama’s autobiography, I thought of you,” Sonia reportedly told Shinde after she finished reading Dreams from My Father: A Story of Race and Inheritance. Obama went on to become the world’s most powerful man, overcoming difficult initial years. Interestingly, Shinde changed his name when he was 24. The Maharashtra state government gazette of 1961 has a small entry that says Dagdu Sambhajirao Shinde should now be read as Sushil Kumar Shinde. The idea of changing his name occurred while Dagdu was acting in Prema Tujha Rang Kasa, a family drama, in Solapur’s Sangameshwar College.

So gripping was Dagdu’s performance as the hero, Sushil Kumar, that virtually everyone, from teachers to his classmates, started calling him Sushil Kumar in real life.

Dagdu, born Sambhajirao on July 25, 1947, worked as a part-time ‘boy peon’ at Solapur’s district court. The term ‘boy peon’ was part of the newspaper advertisement that drew the young Dagdu to the court.

His first government assignment fetched him a monthly salary of Rs 70. His job was to call in advocates/defendants as ‘hazir hone’ when the court was in session. The job also included cleaning the judge’s chambers, tracing out old records and fetching tea for the seniors around.

Earlier, Shinde had apparently worked as a labourer in a rolling works factory for a monthly wage of Rs 10 — he had one set of clothes that he used to wash at night and wear the next day.

Shinde’s next appointment was as a ward boy at a maternity home. Having dropped out of primary school, Shinde joined a night school and cleared his matriculation. His schedule was punishing — starting from 7am and ending at 10pm when he finished night classes.

His mother Sakhubai and stepmother Krishnabai took turns to prepare his tiffin — jowar bread and chutney.

According to the affidavit Shinde had submitted for the 2014 General Election, his movable assets were worth Rs 6.18 crore — including a tractor. His wife’s assets were valued at Rs 2.4 crore.

Shinde also worked as a police constable for a few years. In 1971, a chance encounter with Sharad Pawar saw him enter politics. Shinde fought his first two elections from the reserved Karmala seat in Solapur district. He later insisted on fighting from a general category seat. In 2009, when Solapur was declared a reserved constituency for Scheduled Caste candidates, a case was filed seeking the validity of his caste certificate. Shinde produced a certificate, saying he belonged to the Dhor community of Dalits.

Earlier in 2002, he had lost the election for the post of vice-president to the National Democratic Alliance’s (NDA) BS Shekhawat.

Shinde was chief minister of Maharashtra when the Congress-led UPA was formed in May 2004. Led by Shinde, the Congress-Nationalist Congress Party (NCP) combine won 23 Parliamentary seats — which accounted for nearly half the 48 Lok Sabha seats in the state.

Shinde led the Congress-headed Democratic Front to victory in the October 2004 Assembly elections. But when he met Sonia at 10 Janpath, she told him: “I have plans for you. Go to Mumbai to get Vilasrao (Deshmukh) elected as leader of the Congress Legislature Party (CLP).”

He was 57 when Sonia sent him to Andhra Pradesh as governor. It seemed the doors had shut on his return to active politics. But Shinde took it in his stride.

“I had full faith in Soniaji,” he told this correspondent in an informal chat. “Look at me. I was a boy peon in a district court and today I am home minister of India.”

Shinde’s stay at Raj Bhavan in Hyderabad lasted till January 2006 when he received a call from Sonia asking him to get ready for the “Delhi assignment”.

The politician in him is optimistic about another ‘Delhi assignment’ — if the Congress and non-NDA regional allies manage to defeat the might of the Narendra Modi-led NDA-BJP on May 23.