All About India: What Sushma Swaraj’s last tweet and phone call with Harish Salve tell us about her

Sushma Swaraj was an extraordinary orator, a seasoned politician and a staunch ideologue. She was also a nationalist, to the very last.

Swaraj was speaking in Parliament against a crucial no-confidence motion. Swaraj lashed out at the BJP's opponents after Atal Bihari Vajpayee had to resign from the Prime Minister’s post.

Her references were drawn from the Mahabharat and the Ramayan, powerfully taking down BJP opponents. The Speaker pointed out in jest, “Please don’t make your speech so interesting.” But oratory was a skill Swaraj was naturally gifted with.

That speech established Swaraj as a seasoned politician, endowed with great leadership skills.

A full 23 years later, Swaraj thanked Prime Minister Narendra Modi for ending the special status accorded to Jammu and Kashmir — ironically, in what was to become her last tweet.

Her death happened just about three hours after this tweet.

A seasoned politician, Swaraj had decided not to contest the 2019 Lok Sabha elections because her doctors had reportedly told her to avoid dust and exposure after she underwent a kidney transplant. Even though the warning had apparently come much earlier, Swaraj did not let it come in the way of her duty as she continued to serve as India's External Affairs Minister during the Modi 1.0 government.

Even though she had retired from active politics now, Swaraj was still doing her bit for the country. An hour before she died, Swaraj reportedly asked prominent lawyer Harish Salve to visit her on August 7 — and collect his fee of Re 1 for representing Kulbhushan Jadhav at the International Court of Justice (ICJ).

In an interview to a news channel, Salve has said, “I spoke to her (Swaraj) at 8.50 PM. It was a very emotional conversation. She said you have to come and meet me. I have to give you your Re 1 for the case which you won. I said of course I have to come collect that precious fee. She said come tomorrow at 6 o'clock.”

She also led a fulfilling personal life. The individual who was happiest with Sushma Swaraj’s decision to quit active politics was her husband Swaraj Kaushal. "Thank you very much for your decision not to contest any more elections. I remember there came a time when even Milkha Singh stopped running," he said. Their relationship went back a long way. Hailing from opposite political ideologies — Sushma Swaraj had her roots in the RSS while Swaraj Kaushal had a socialist belief system — the two met during college days. They were both lawyers by profession and got married during the Emergency on July 13, 1975. The couple together, as part of a team of lawyers, contested the case of George Fernandes during the Emergency declared by the Indira Gandhi regime.

Not only was Swaraj later the youngest person to become a cabinet minister in the Haryana government, she was also the first woman chief minister of Delhi.

Interestingly, in a political arena otherwise dominated by men, she was the first female spokesperson for any national party. 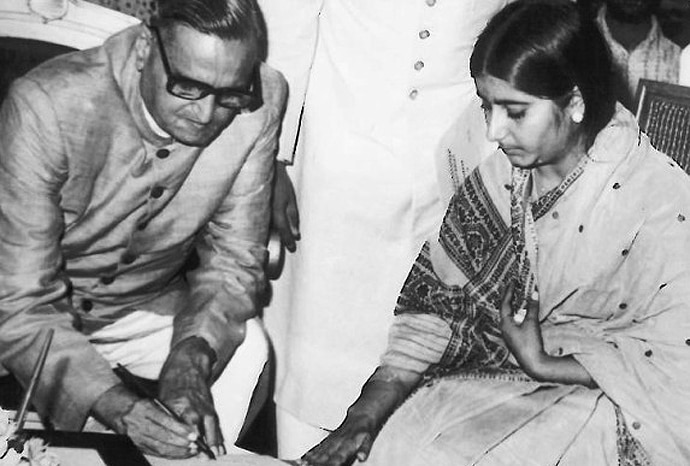 Her entry into politics is attributed to BJP stalwart LK Advani who spotted the talent in her while she was a member of the Akhil Bharatiya Vidyarthi Parishad (ABVP).

Coming from the Atal-Advani camp, she was said by many to be initially opposed to Narendra Modi as the party’s prime ministerial candidate — yet, when Modi took over as PM, her talent was hard to ignore. She was thus given charge of the important ministry of foreign affairs. 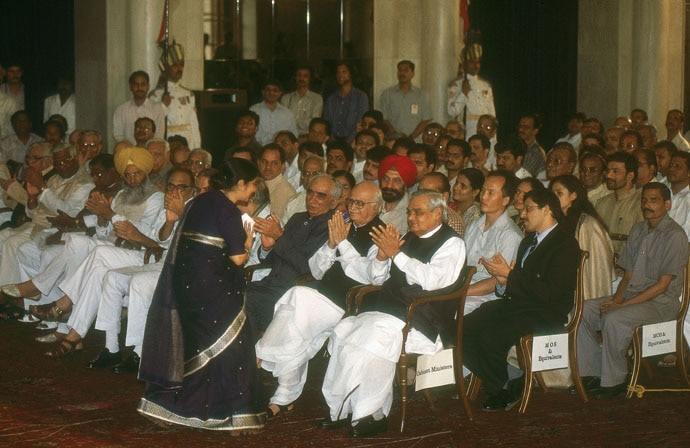 And the standard of work ethics and efficiency that Swaraj set in the ministry will be hard to emulate even for the most efficient and skilled leaders now. She was literally just a tweet away from people seeking help from her ministry not just in India, but any part of the world. Along with her efficiency, her empathy, understanding and humour became iconic.

Her demise is not just a loss for the BJP, but also for the country.

The country she loved so deeply.