Sushma Swaraj was my teacher in politics, though she never knew it!

Breaking gender bars, Sushma Swaraj became an inspiration across party lines. I followed her public speaking when I became a spokesperson myself, and I learnt so much from her.

My first memory of watching Sushma Swaraj on television was to think how closely she resembled my mother — her bindi, her saree and her warm smile.

When she spoke, the country listened not just because of her oratory skills but also for her command over the subject she spoke about. 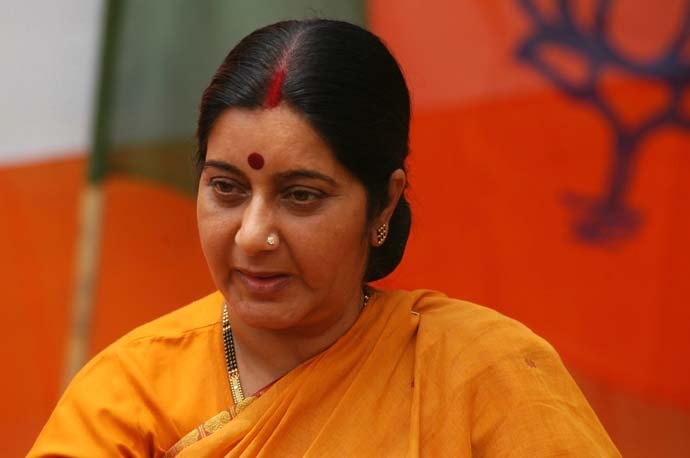 She was a trailblazer who became the face of the Bhartiya Janta Party at a time when they faced the uphill task of strengthening their space in India’s political landscape. She softened the hard opinions the nation held of the party — that in itself speaks of her immense contribution. Even electorally, being a winning candidate for the party showed the credibility she enjoyed with the people of the country.

Sushma Swaraj broke many barriers in her political life — from being the youngest cabinet minister in the Haryana government to the first woman chief minister of Delhi and the first woman spokesperson for a national political party in the country.

It was her role as a spokesperson from which I personally learnt a lot.

When I started debating on television, I used to watch a lot of her videos to understand the nuances of constructing arguments which were simple and easy to comprehend, making politically relevant points and the right demeanour while arguing with political opponents.

She was my teacher even though she would never know it!

The most important lesson I learnt from her life in politics was that it was absolutely possible for women to choose paths less taken and excel in them. If you had the will, you would create a way.

She managed to be a successful icon politically and she also was seeped in tradition and values — in fact, she made it look trendy and her balancing her personal and public life seemed so effortless!

Here, I must mention her karva chauth pictures that she used to share on Twitter. The pictures always warmed the cockles of many a heart, be it her critics or friends. 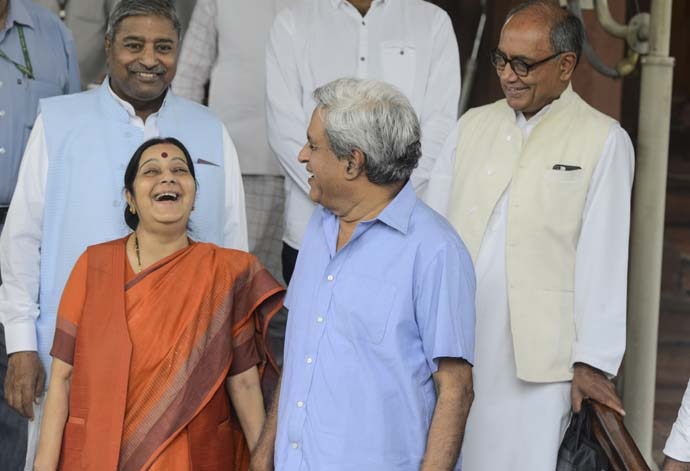 Swaraj’s political career and the support that she got from her family in realising her aspirations were best summed up in a series of tweets by her husband Swaraj Kaushal thus: "Thank you very much for your decision not to contest any more elections. I remember there came a time when even Milkha Singh stopped running. This marathon has been on since 1977-that is 41 years. You have contested 11 direct elections.

In fact, you contested all elections held since 1977 except when the party did not allow you to contest in 1991 and 2004. You are contesting elections since you were 25 and fighting elections for 41 years is quite a marathon.

Madam I am running behind you for the last 46 years. I am no longer a 19-year-old. Please, I am also running out of breath. Thank you."

What can one even say but to smile at this wonderful and loving bond. In her last role as Minister of External Affairs, she breathed life into a space which was often considered boring, made it exciting for every common citizen to understand and follow. It was her warm approach to foreign policy, where she made people become the core of diplomacy, that made India’s foreign ties a talking point.

The way she used social media platforms especially became a lesson for many on participative governance and international diplomacy.

When she retired from her role, she promptly vacated her government-allotted bungalow — unheard of in India. This gesture showed how principled a life of grace and dignity she lived. Hence, her passing away has left many hearts broken across political parties and across our borders. A life of principles: When she left active politics, Sushma promptly vacated the official house she stayed in. (Photo: Yasbant Negi, India Today)

She did leave too soon but she also brings to mind the words from the iconic movie Anand, ‘Babumoshai, zindagi badi honi chahiye, lambi nahin.'

She leaves behind a legacy which would be a hard act to follow. Truly, a giant among tall leaders.