Swachh Bharat Mission cannot be accomplished if our fellow countrymen and women are subjected to such dehumanising labour.

Today, we celebrate the 146th birth anniversary of Mahatma Gandhi and the first anniversary of Swachh Bharat Mission (SBM). The toilets for all and clean India goals of the SBM by October 2, 2019 would be an apt homage to the Mahatma. It is imperative to assess the progress of the SBM, thus far, and reflect on the ideas of Bapu that pervade the current sanitation dialogue.

Mahatma Gandhi championed the issue of sanitation by voicing his strongest opposition to the employment of manual scavengers from select scheduled castes in 1917. Yet, almost a century later, the practice of manual scavenging is still going on.

Census 2011 reports 7.9 lakh toilets in India are serviced by humans, 5.9 lakh of which are in rural areas and the rest, about two lakh toilets, are in urban regions. It also reveals an astounding 13.1 lakh toilets disposing night soil directly into drains, out of which about 3.7 lakh exist in rural areas and an overwhelming 9.4 lakh in urban sections. These are the toilets that have been directly contributing to the demand for manual scavenging and have been recognised as insanitary by the ministry of social justice and empowerment (MoSJE). Toilets, which are connected to sewers, septic tanks, and pits, also, sustain the practice of manual scavenging in the absence of proper waste management. 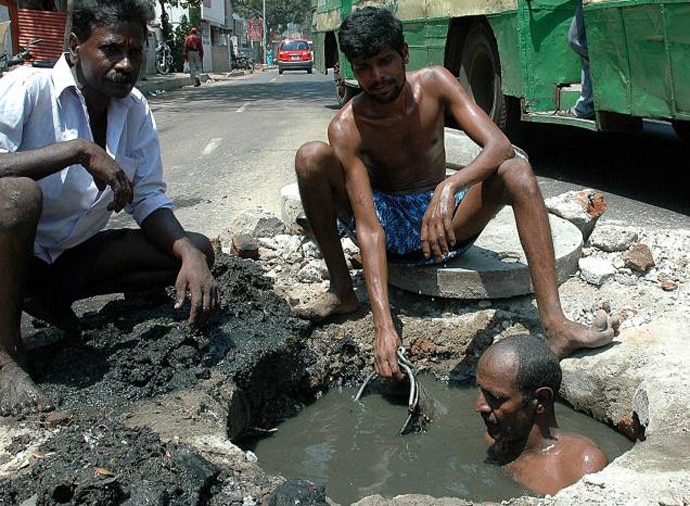 Census 2011 reports 7.9 lakh toilets in India are serviced by humans.

The top reasons why this degrading practice still exists in India include insanitary toilets, inadequate waste management and discriminatory and iniquitous caste system. This has been pertinently realised by the MoSJE which has decreed a ban on manual scavenging in the Prohibition of Employment as Manual Scavengers and their Employment (PEMSR) Act 2013. The PEMSR Act, 2013, stems from The Employment of Manual Scavengers and Construction of Dry Latrines (Prohibition) (EMSCDLP) Act, 1993.

The PEMSR Act, 2013 and the erstwhile EMSCDLP Act, 1993 have been the catalysts for the sanitation sector in India. These acts derive from the arduous and zealous efforts by Mahatma Gandhi to end to the malicious practice of manual scavenging which thwarted the development of certain scheduled castes labelled untouchables. A decade after independence, the Union ministry of home affairs launched a centrally sponsored scheme for the liberation of the manual scavengers during the sixth five year plan upholding the provisions envisaged in the Protection of Civil Rights Act, 1955. This was the first scheme to have initiated the process of conversion of dry latrines to pour-flush latrines to discourage manual handling of human waste.

Successively, we have had an array of programmes, policies and schemes - like the Integrated Low Cost Sanitation (1980), Total Sanitation Campaign (1999), National River Conservation Programme (1995), National Urban Sanitation Policy (2008), and Jawaharlal Nehru Urban Renewal Mission (2005) - all of which have echoed the ideas voiced by the Mahatma. Yet, many infrastructure missions and social schemes later, we are carrying on unperturbed, obstinately sans adequate sanitation, thereby perpetrating the abominable practice of subjecting fellow human beings to manual scavenging.

The Manual Scavenger Survey in statutory towns and rural areas, conducted by the MoSJE, reveals 11,130 reported manual scavengers in India, with 3,656 in urban areas and about 7,474 in rural areas. But these numbers underreport the manual scavenging numbers, considering that three per cent of total households have insanitary latrines, while 33 per cent of households have waste water connected to open drains, as reported in Census 2011.

The provisions of the PEMSR Act can be contested on the definition of hazardous waste, which includes only human excreta in sewers, septic tanks and pits, thereby constraining the definition of manual scavengers to befit people who deal with only human excreta. Quite incongruously, sanitation workers who handle solid waste, which is equally hazardous, have been kept out of the domain of the act. Thus, the provisions in the PEMSR rules under the act, which mandate local self-governments to provide municipal scavengers with protective and safety gear, unfortunately, do not apply to the sanitation workers and sweepers. 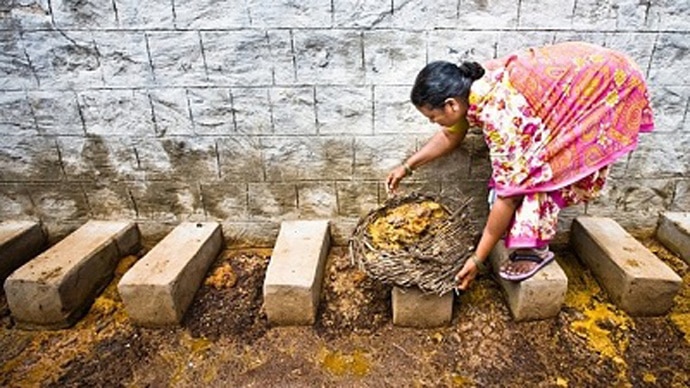 Women and even children deployed as sanitation workers are often exposed to hazardous waste.

The National Commission for Safai Karamcharis (NCSK) was instituted by the NCSK Act in 1993 following the enactment of EMSCDLP in 1993 with an objective to evaluate the implementation of the programmes and schemes relating to the social and economic rehabilitation of safai karamcharis and make adequate recommendations to the central and state governments. The MoSJE also launched a "Scheme for Liberation and Rehabilitation of Scavengers and their Dependents" in 1991-92, the operation of which was transferred to MoHUPA in 2003-04. Under this scheme, Rs 1,207 crores was invested towards the training of 1.7 lakh scavengers and rehabilitation of another 4.4 lakh and their dependents until 2003-04.

Subsequently, Self-Employment Scheme for Rehabilitation of Manual Scavengers (SRMS) was introduced by MoSJE in 2007 and was reintroduced post PEMSR Act in 2013. Manual scavengers are entitled to cash assistance of Rs 40,000 under this scheme. It also provides for local self-governments to avail loans of Rs 10-15 lakhs to buy equipment like vacuum loader, suction machine with vehicle, garbage disposal vehicle, pay and use toilets, etc, for sanitation-related projects.The SBM (urban) has declared eradication of manual scavenging as one of its objectives and the SBM (grameen) has recognised abidance to the PEMSR Act in their respective guidelines. The SBM urban has assured release of performance grants, which amounts to Rs 2,924.60 crore to urban local bodies. But the SBM has not adequately provided benefits for manual scavengers or sanitation workers, nor has it been reviewed by the NSKC.

The SBM strives for Swachh Bharat, and this endeavour would necessitate dovetailing efforts of all schemes - AMRUT, Smart Cities, etc., to secure liquid and solid waste management solutions to end manual scavenging. A Swachh Bharat sans manual scavenging would ascertain the utmost veneration of the ubiquitous bespectacled smiling face of Mahatma that adorns our bills of exchange, public parks, office spaces and our hearts.

#Manual scavenging, #Gandhi Jayanti, #Swachh Bharat
The views and opinions expressed in this article are those of the authors and do not necessarily reflect the official policy or position of DailyO.in or the India Today Group. The writers are solely responsible for any claims arising out of the contents of this article.

The writer is a research associate with the SCI-FI Sanitation team at the Centre for Policy Research, New Delhi.