The murder of Zafar Hussein (some reports name him Zafar Khan) in Pratapgarh, Rajasthan, on June 16 has exposed the ugly face of the Swachh Bharat Mission (SBM). Hussein was lynched for objecting to municipal employees clicking pictures of women defecating in the open.

Though many have attributed the attack to his social activism and religion, not much has been said about the crap vigilantism under the SBM. The photographs municipal employees were taking would have been displayed publicly to name and shame the women.

During his first Independence Day speech in 2014, Prime Minister Narendra Modi had stressed on the safety and health needs of women who have to venture out in the dark to relieve themselves. In the last two-and-a-half years, the narrative has however shifted to forcibly pushing people into toilets notwithstanding the feasibility.

Much before Hussein was lynched, a village in Madhya Pradesh had announced the death penalty for those who defecate in the open. The village panchayat later claimed it to be an error. That the outlandish announcement turned into a reality in Rajasthan signifies the hate-mongering in the garb of "Clean India".

In the zeal to be open defecation-free (ODF) for cash rewards, several towns and villages have gone into an overdrive. An elderly man with an upset stomach was slapped and forced to clean up with his dhoti after relieving himself in Ujjain, while another was forced to do sit-ups, pants down. Villagers in Rajasthan are being stripped of government benefits, including subsidised ration supply, while a panchayat in Tamil Nadu denied work under the MGNREGA to those not having a toilet at home.

Such violent means further deepen the existing social divides because the victims tend to be mostly poor and lower caste, not having enough means to build a toilet or a proper water supply at home. Hussein had complained many a times to the government departments about non-release of funds for toilets and lack of a water source in his habitation.

Besides government employees and panchayat members, the campaigns to get people into toilets also involves school-children. Their team, called "Swachhta Sena", blow whistles at people defecating in the open, calls them names, throws stones and flashes lights at them. The government is thus effectively teaching children to disrespect elders and go by the textbook, which borrows western concepts of cleanliness and mocks a traditional practice based on good science.

The science of poop

Flushing of toilet takes the "disgusting" shit out of our sight and we remain oblivious to its destination. Government data released in December 2015 showed that of the 816 municipal sewage treatment plants, only 64 per cent were functional thanks to high operation and maintenance costs. The total sewage generated from Indian cities was 62,000 MLD, but only 30 per cent was getting treated.

In his book on sanitation, Jal Thal Mal, independent journalist and researcher Sopan Joshi says sending sewage to treatment plants is a costly affair. He writes: “According to an estimate, 80 per cent of the cost to treat waste water is spent on laying network lines, water pumps, payment for electricity to run these pumps and other maintenance. It is also expected that the electricity and skilled manpower are already available which is usually not the case in our cities.”

The fact that even Delhi hasn’t been able to treat its sewage properly despite having 34 treatment plants, the highest in India, underscores the dichotomy that comes with more toilets. 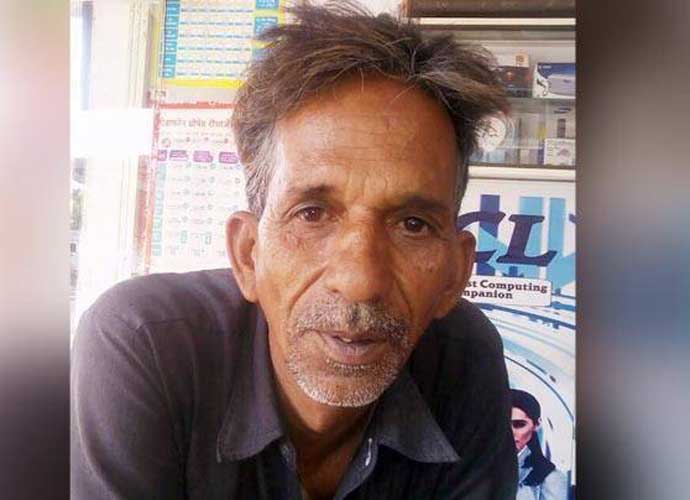 Much before Zafar Hussein was lynched, a village in Madhya Pradesh had announced the death penalty for those who defecate in the open.

In its 2007 report on sewage treatment plants, the Central Pollution Control Board accepted that domestic sewage is the biggest polluter of our water sources. It’s a big relief then that not all our towns and villages are connected to the sewerage network. The incidents of contamination happening due to leakage from the sewerage network to water supply lines are also not uncommon. Construction of substandard toilets is another story.

Compare this with the practice of open defecation where the excreta, in the absence of water, and combined action of soil, sunlight and air, decomposes fast to become manure for the field. Traditionally, Indians have been known to defecate far from habitations, behind bushes and in fields, as can be understood from phrases like "jungle jana" (to the forest) and "disha maidan" (ground in a particular direction). The idea was not only to avoid passersby but also proper disposal of waste in a secluded place.

Several villages in the cold desert regions of Kinnaur and Ladakh still use the excreta in their farms. This way the soil nutrients we get through food return to the soil and help grow more food. Using water in toilets breaks this cycle as decomposition takes longer and promotes diseases, including superbugs.

A change in medium from soil to water can bring such disastrous impacts which were never thought about clearly even by MK Gandhi, who advocated flush toilets as the ultimate panacea to the curse of untouchability. Little did he know that the same castes will continue to indulge in manual scavenging. Whether it’s cleaning of septic tanks or de-clogging of drains and sewerage network, many of them die suffocated with the toxic fumes.

Punjab has toilet coverage of 81.38 per cent. Its villages are highly urbanised but are unable to deal with the sewage generated from toilets. The waste water flows through open or covered drains to village ponds. These ponds used to recharge the surrounding wells and also cushioned the habitations against floods by retaining excess rainwater. Today, water-borne diseases persist due to sewage-filled ponds while chances of flooding have also increased.

Villagers are dependent on costly water supply schemes they are unable to pay for. Cases of soak pit toilets contaminating groundwater have also been reported. The costly sewage treatment plants a few villages managed to set up, thanks to patronage of a few NRIs, are lying unused due to high operation and maintenance costs. For villages failing to pay even for the piped water supply, such plants are white elephants.

Most of the sanitation narrative today is focussed on a turd lying in the open and common house flies transporting the contaminants. That the same flies can also transport pathogens from sewage-filled ponds is largely ignored. A general consensus exists about linkage of open defecation with water-borne diseases. However, a study conducted in 100 villages of Odisha found that increased toilet coverage did not lead to any significant improvements in the occurrence of child diarrhoea, prevalence of parasitic worm infections, child stunting or child mortality.

In face, hand hygiene is a bigger culprit in spreading of diseases. A study found that only a quarter of rural Indians understood that washing hands prevents diarrhoea. A look at data supplied by several states to the Central Bureau of Health Intelligence tells us that cases of cholera declined by 73 per cent from 3,155 in the year 2005 to 841 in 2016. But during the same period, cases of acute diarrhoea rose from around 9 million in 2005 to 13.9 million in 2016, a growth rate of more than 54 per cent. The number of typhoid cases quadrupled to reach more than 2 million in 2016 from 0.5 million in 2005.

Rural household toilet coverage during the same period doubled from 31 per cent to 64 per cent. The results clearly show that we have a greater problem of insanitation instead of improvement. International organisations are now talking about human waste as the biggest untapped source of fertilisers for earth. On Environment Day (June 5) this year, the government promoted waste segregation at source under the SBM, but refuses to acknowledge that open defecation is the biggest practice of faecal disposal at source that saves India huge spending on sewage treatment as well as farm fertilisers.

Of course, the traditional practice of defecating at a designated place far from habitation is not prevalent everywhere, least of all in cities where land resources are minimal. Common land in several villages, used for this purpose, has been encroached upon. Many also defecate near water bodies now. But these are issues the Swachh Bharat Mission can easily deal with. Village panchayats can designate no-go areas, including places near water bodies and habitations. Such measures are easier to implement without causing much tension.

Those who want it, use it

This is not to say toilets are not needed. Crime against women is increasing even in close-knit village communities. Open defecation gives criminals just another chance to harass them. Toilets are also a necessity in bad weather.

The problem is with the way toilets are being thrust upon people.

There are several families in India today where men build toilets for women and children but prefer going out themselves. This offers the best scenario. Those who need toilets because of safety concerns and convenience have an option while others can happily go to a field and help reduce the sewage load.

Far better health benefits can be reaped by shifting focus from targeted approach of building toilets to working on affordable treatment facilities. Ecosan toilet, which has separate compartments for excreta and washing, offers a viable solution as the waste is turned into compost without polluting the environment. It’s not easy for people living in cities to manage their waste, but for the time being we can regulate instead of criminalising open defecation in villages.

This will ensure there’s no Zafar Hussein dying because of the government’s pursuit of open defecation-free status.

Also read: Modi’s Swachh Bharat is also an excuse for India to be cleansed of its 'unwanted others'

#Open Defecation, #Zafar Hussein, #Zafar Khan, #Swachh Bharat
The views and opinions expressed in this article are those of the authors and do not necessarily reflect the official policy or position of DailyO.in or the India Today Group. The writers are solely responsible for any claims arising out of the contents of this article.

The writer is an independent journalist based in Chandigarh.