All he did was provide the jokes.

When I was touring the southern part of Tamil Nadu, a politically astute villager predicted doom for the Third Front. "Mark my words, neither Vaiko nor Vijaykanth will win in this election."

The day Vaiko withdrew from the contest at the last minute, this person called me up to say, "One wicket down. Vaiko did not even have the courage to fight the election, leave alone win it."

Also read: Why I see Jayalalithaa versus Modi in 2019

The temperamental hero has been reduced to a zero. If only he had ensured the script for his Tamil Nadu campaign was good, he would not have ended up such a loser. 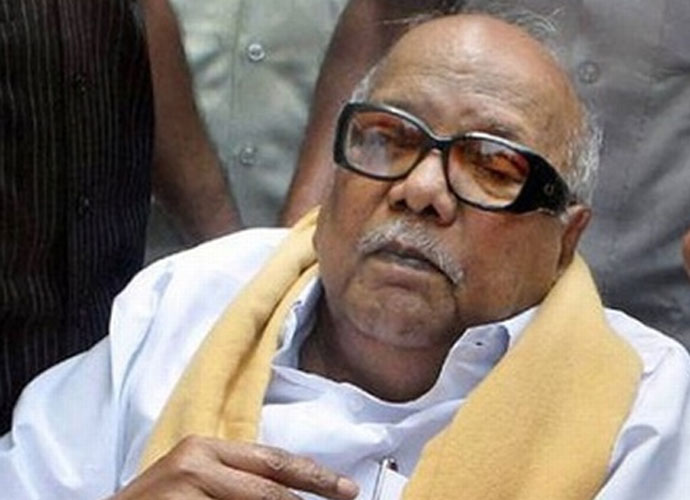 Karunanidhi wooed Vijaykanth like never before. The ace film scriptwriter knew that for his comeback movie to be a hit, he needed the right casting. If Vijaykanth had bothered to do his arithmetic, he would have gone with the DMK instead of the People's Welfare Alliance (PWA).

DMK plus Congress plus DMDK would have been a formidable rainbow alliance. But Vijaykanth aimed to be king rather than kingmaker. On May 19, he was reduced to a nobody.

Most of the people who attended Vijaykanth's public meetings came for the entertainment value. He scolded people in the audience, spoke incoherently, practically playing the court jester. His dig at Rajinikanth became fodder for the media and helped him grab headlines.

While his campaign managers thought the crowds will translate into votes, it was only a free show of the actor. The crowds came for fun and did not, even for a moment, think he deserved a seat in the Tamil Nadu Assembly.

The Third Front coming a cropper has huge implications for Tamil Nadu. First, the state is stuck between DMK and AIADMK for some time to come. Also, in the absence of a credible leader, the Third Front will be a non-starter.

The talk that his cadre was more keen on an alliance with the DMK and did not agree with his impulsive decision to go with the PWA dented his image.

For someone who once commanded an eight per cent vote share, getting reduced to 2.3 per cent is a resounding slap. This only gives credence to the conspiracy theory that the only purpose of floating the Third Front was to dent the DMK's chances.

The Third Front has also been charged with as being the Team B of the AIADMK. Also, Vaiko is accused of wooing Vijaykanth with the singular purpose of ensuring that his rival MK Stalin does not get to a position of power.

All Vijaykanth did in elections 2016 was to provide the jokes. Considering they were quite a hit and genuinely funny, the people of Tamil Nadu owe him a thank you.

But on the EVM, it was a case of thanks, but no thanks.

#AIADMK, #Elections 2016, #Tamil Nadu Polls
The views and opinions expressed in this article are those of the authors and do not necessarily reflect the official policy or position of DailyO.in or the India Today Group. The writers are solely responsible for any claims arising out of the contents of this article.