Tamil Nadu elections 2021: A letter from the Nilgiris

Edappadi K Palaniswami has emerged as a formidable force that is here to stay. It would be a mistake to discount him anymore.

After spending ten months away from the hills, I landed at Coimbatore on November 18 last year. The baggage belt area had a few veshti and white “Minister Cotton'' shirt-clad individuals. A usual sight whenever a senior politician is due to arrive. This is a common sight at the Coimbatore Airport. In the days when J Jayalalithaa used to camp at her retreat in Kodanad, the traffic was higher. It used to be a stream of politicians, officials, businessmen coming for Amma’s darshan. Even now it is a busy airport. The Kongunadu region is an affluent industrial belt comprising Tirupur, Salem and Erode. It attracts its fair share of visitors. MK Stalin is a frequent traveller. But, on this occasion, it was the Chief Minister — Edappadi K Palaniswami.

I stayed a few extra minutes to observe the Chief Minister come out. There was the customary orchestrated cheering to greet the leader. But this time around it sounded more spontaneous. The ministerial convoy left after a few words of acknowledgement from the CM. There was unmistakable confidence in the body language of EK Palaniswami. 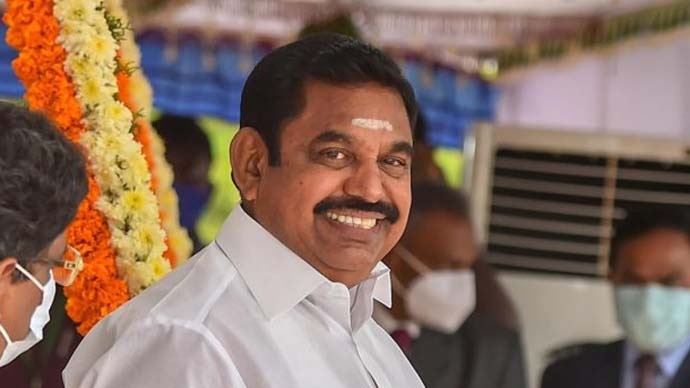 Edappadi K Palaniswami has emerged as a formidable force that is here to stay. (Photo: PTI)

Traffic on the arterial Avinashi Road into town was heavy as usual. Shops along the way appeared busy. It was good to be back at the Coimbatore Club, my regular stopover en-route Coonoor. The familiar ambience, the smiling staff and warm service were reassuring. The sanitised rooms, refurbished during the lockdown, looked inviting.

A fine bar, they say, is a place where there are no strangers but only friends you have never met. Being an intimate club of less than a thousand members, the Coimbatore Club Bar is never overcrowded. The air conditioning was off and the windows open as per Covid-19 regulations. The weather is still pleasant for scotch-on-the-rocks. Small talk with the barman is a good way to break the ice. So, I started by asking him about the situation of Covid-19 in town. That provided a cue for the others perched on high stools at the counter to dip into the conversation.

There was general consensus about a marked improvement in the situation. Everyone felt, after initial floundering, Tamil Nadu was finally getting its act together. Much of the credit went to the Chief Minister. The state administration was back in form, after a hiatus of a few years since Jayalalithaa’s demise. TN was always known for an efficient administration. A legacy of MGR, who gave the officers a free hand for implementation of programmes and policy. As a result, TN's delivery, especially in the areas of health and education has been exemplary. The bureaucracy was once again feeling empowered under Palaniswami.

The Coonoor gentry I met over the next few days by and large echoed the same view. There was a fair bit of admiration for Palaniswami. He was the first Chief Minister in over five decades who was his own man. All others had their strings tied to one of two power axes. It took him some time to assert his independence, but now he was on the driver’s seat.

There has been a distinct shift of the needle since I left the Nilgiris in March last year. At that time, no one was willing to give even a fighting chance to the AIADMK. A walk-over for the DMK was on the cards. Now, they conceded, AIADMK’s prospects were looking better by the day. Apart from toning up governance, Palaniswami had displayed considerable political savvy. He had gained the trust of Amma’s core vote bank. The common TN voter thrives on freebies. Palaniswami loosened the purse strings in a calibrated manner. With schemes like free rations before Pongal, he created goodwill for himself. Many coming to Coonoor from other parts of the state corroborated this assessment. Kongunadu has been a fertile ground for BJP. But, even people from Chennai and Madurai had a similar take.

The Palaniswami government’s alignment with the Modi-Shah regime is no secret. But, unlike in the past, it was no longer regarded as a weakness. The BJP has been careful to avoid any overt intervention in TN affairs. A new equilibrium seems to have been set that was working to the advantage of the state. This has been a major achievement of Modi. There is a feeling that it is in the interest of the state to have a collaborative relationship with the Centre. It is the “Modi ke saath rehne me hi faida hai” or the so-called “double engine ki sarkar” line that is at play. 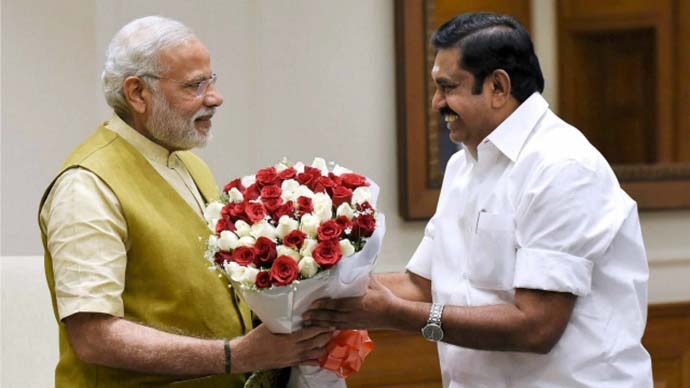 The Palaniswami government’s alignment with the Modi-Shah regime is no secret. Unlike in the past, it is no longer regarded as a weakness. (File photo: PTI)

Does that mean the popularity of Modi has increased in the state? Maybe not. So why is Modi spending so much time in the state? What do the crowds at his meeting mean, if anything? For answers to these questions, one will have to wait till May 2, 2021. Modi's announcements and the inauguration of projects are reinforcing the benefits of the alliance. That is also having a positive rub-off on Palaniswami. Modi's speeches are energising the cadre of both BJP and AIADMK.

In comparison, how are Rahul Gandhi’s push-ups faring? There is no doubt that the Gandhi family enjoys considerable equity in Tamil Nadu. Rahul Gandhi too is investing a lot in the state, looking at it as a trophy in waiting. But, the jury is still out on how effective his elitist style of campaigning with the masses. Doubts are being raised for two reasons. First, is the lukewarm response to his visits from the DMK top brass as well as the local leadership. Second, is the absence of heavy-weight Tamil leaders from the centre in his campaign trail. The joke doing the rounds is: while Modi is coming to motivate the BJP cadre, Rahul is visiting to motivate himself.

Meanwhile, there were speculations about the wildcard entry of Sasikala after her release. Her announcement yesterday of retiring from active politics has provided some relief. Though people are not sure of whether to take her at face value or if it is a tactical posture. But there is also a belief that she may want to cut her losses and stay below the radar at least for some time. It is common knowledge that a slew of other cases lined up and kept warm can get reactivated at short notice. Rajinikanth developing cold feet even getting on to the dance floor is a similar enigma. Is it also an act of opting for discretion over valour, as some think?

Finally, the DMK itself is appearing to be operating on a low key. There could be several reasons for it. Not the least being AIADMK is outspending them by miles backed by their powerful ally from Delhi. So, Stalin may be conserving his resources for the slog overs which begin now.

So, is it an advantage for Edappadi K Palaniswami? It may be too early to take a call. But he has emerged as a formidable force that is here to stay. It would be a mistake to discount him anymore.

Also read: Why Madras High Court verdict on disqualification of 18 MLAs is a shot in the arm for AIADMK