After the campaign stops, parties woo voters with cash, liquor and food because ideology and promises are simply not enough.

The Election Commission’s flying squad nabbed three trucks carrying Rs 570 crore in cash near the industrial town of Tirupur in west Tamil Nadu on May 14, a mere 48 hours before the state goes to the polls to pick legislators for 234 seats in the state Assembly.

It turned out that the cash was being transported on Reserve Bank of India's (RBI) orders to alleviate a temporary shortage of money in Andhra Pradesh. Except that none other than RBI governor Raghuram Rajan has pointed to a surge ("We have seen some possibility that around election time, cash with public increases. You can guess the reason why. We can also guess...") in cash, even as the EC issued notices to Tamil Nadu’s main political parties, the AIADMK and DMK, to explain why their manifestos had promoted so many freebies.

Also read: Dispelling the cult of Jayalalithaa and Mamata

Already, the election in Aravakurichi constituency has been deferred because the EC said political parties had vitiated the process by “offering money and gifts”.

Both incidents confirmed Tamil Nadu’s worst-kept secret: votes are for sale, often to the highest bidder, and when the election is expected to go down to the wire, cash-and-carry takes on new meaning altogether.

So far Rs 88.2 crore in cash has been seized in Tamil Nadu – four times the money seized in Kerala, about Rs 22 crore. Rs 20 crore in West Bengal, Rs 12 crore in Assam and Rs 3 crore in Puducherry have also been seized. 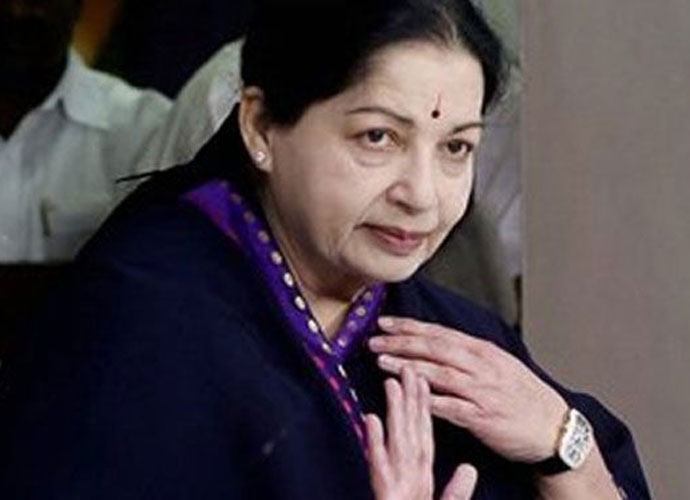 The ready cash is a sign that all the political parties are pulling out all the stops. According to an AIADMK supporter in Chennai, the party has given between Rs 5-8 crore to each candidate. If he wants to spend any more he has to raise it on his own. DMK supporters give similar figures. Multiply that by 234 constituencies and you get a pretty picture.

Put it down to last-minute nervousness, the Tamil version of "qayamat ki raat" as it is known in Uttar Pradesh and Bihar. This is the grey zone, the last 48 hours after the campaign falls silent and before the polling begins. When parties woo voters with cash, liquor and food because ideology, character and promises are simply not enough.

In Tamil Nadu, rates per person per vote are said to climb to Rs 1,500.

Adding to the chaos is the survey by Junior Vikatan, Tamil Nadu’s respected political bi-weekly, which gives both the DMK and the AIADMK 73 seats each, while as many as 79 seats are locked in a tight contest. The Congress, according to this survey, will get four seats.

Unsurprisingly, the seized cash has gone up by leaps and bounds over the years. In the 2009 Lok Sabha polls it was Rs 39 crore, which grew to Rs 60 crore in the 2011 Assembly polls, further going up to Rs 77 crore in the 2014 general election. No wonder the EC describes Tamil Nadu a “highly sensitive” state.

Certainly, it would be unkind to call the per-person-per vote dole the “Thirumangalam formula” after the 2009 Thirumangalam bypoll in Madurai district, when MK Alagiri, DMK president Karunanidhi’s elder son, added a 100-rupee note to a sticker of the party symbol, the rising sun, on the newspaper delivered to residents some days before the poll. The DMK won the election.

DMK supporters insist that the then AIADMK chief MG Ramachandran started it all in 1977, when party candidates liberally put money on the plate used to conduct “aarti” in their honour, much beyond the usual token amount. By 2014, the AIADMK had tuned cash-for-votes into a fine art, mapping every street in every town and city according to political affiliation and varying the “giving” accordingly. Political analysts point out that Tamil Nadu is unique because of the committed party cadres that belong to each party – 28 per cent of the voting population with the AIADMK and 25 per cent with the DMK, according to one estimate. The so-called bribes, these analysts add, are only one way of attracting the floating voter, especially the younger voter.

In this election, the DMK is trying other tactics as well. Blaming Jayalalithaa for the Chennai floods hasn’t got it much traction, even though the chief minister was hardly seen and even rarely heard during the disaster. Chennai gossip has it that she is severely diabetic and her doctors had advised her not to step out of her car into the dirty floodwater.

Her continuing ill-health is said to be the main reason she doesn’t campaign for long hours anymore. In this election, Jayalalithaa has used her helicopter to return home every night. Last week, she did step out of her Poes Garden home in Chennai in her car at 3.25pm, but was back at 6pm.

The DMK is attacking her lack of accessibility, arguing that a big state like Tamil Nadu cannot be run in absentia. But neither have the DMK’s leaders, the 92-year-old Karunanidhi and his heir-apparent, the 63-year-old MK Stalin, opened themselves to the media. The cult of hero worship remains strong in Tamil Nadu.

Certainly, this is Karunanidhi’s last election. He became chief minister first in 1969. That was an aeon ago. But political analysts are also wondering whether the man who always had his fingers on Tamil Nadu’s pulse may be playing his last hand. The fact is, the Third Front led by the aging film actor Vijayakanth had offered to ally with the DMK, but Karunanidhi refused. Instead, he bought into the Congress plea for partnership. Unfortunately, Congress vice-president Rahul Gandhi hasn’t delivered the histrionics Tamil Nadu loves – he even cancelled a rally in Puducherry last week ostensibly because his security smelt a threat - and Priyanka Gandhi hasn’t decided whether she wants to throw herself into politics full time.

The question is, will Karunanidhi repent his refusal of an alliance with Vijayakanth’s DMDK?

As for the BJP, AIADMK supporters believe there is some truth in the rumour that prime minister Narendra Modi wants an understanding with Jayalalithaa – notwithstanding party president Amit Shah’s rude remarks about her. Modi needs help to pass bills in the Rajya Sabha and could well use AIADMK’s 11 MPs in the House. On both his trips to Tamil Nadu, he hasn’t said one critical word about her.

As the poll opens on May 16, Tamil Nadu as well as the rest of India is bracing itself for the political storm that is bound to be unleashed.

Post your comment
#Jayalalithaa, #Karunanidhi, #Tamil Nadu Polls
The views and opinions expressed in this article are those of the authors and do not necessarily reflect the official policy or position of DailyO.in or the India Today Group. The writers are solely responsible for any claims arising out of the contents of this article.