The speech the actor gave on the audio launch of Sarkar has set rumour mills into action.

Thalapathy Vijay gave his fans exactly what they wanted on the night of the Sarkar audio launch — a power packed speech. Flags and T-shirts with the actors face on it was all one could see in the crowds and, of course, the applause and cheering echoed through the night. Was the applause for the actor or the politician in him?

That is a question everyone is dying to have answered. 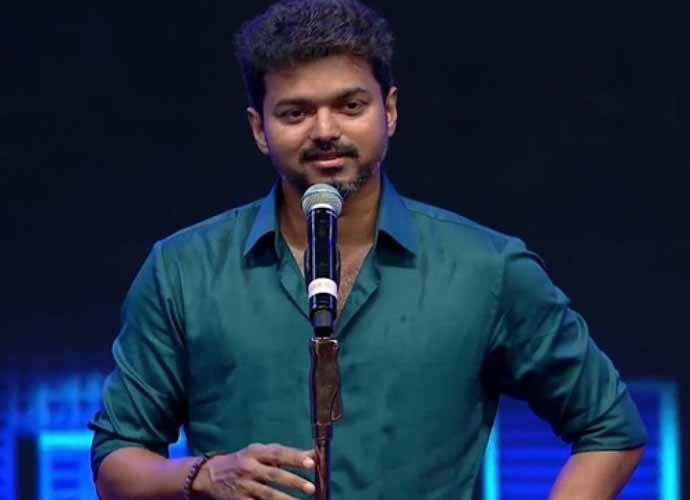 Thalapathy Vijay said he will do his job sincerely if he became the chief minister of Tamil Nadu. (Source: India Today)

Vijay, one of the highest paid Tamil actors, seems to be the next actor-neta in Tamil Nadu. While he had earlier spoken up on a few issues, his interest in politics came to the fore when he spoke up on the Jallikattu issue. Not only did he speak but also took part in the protests.

But on October 2, at the audio launch, Vijay spoke politically at length.

The actor touched upon issues of corruption, leaders, elections and leaders working in the system efficiently. When asked what he would do if he became chief minister of the state by the host of the programme, Vijay replied, "I will not act like a CM, I will do my job sincerely."

The actor spoke on how one has to bribe people to get even a birth or death certificate in today's age and time and blamed the people at top for what is happening in the country. "Why do people at the bottom take money? It is because people at top take money. If a leader is right and just, so will the party be.”

These statements did get the actor much applause and left his fans excited. But how much of an impact will Vijay make in Tamil politics?

Sumanth Raman, a Chennai-based political analyst, said: "Movie stars enter politics looking at MGR and Jayalalithaa's success. But I'm not sure if those examples are relevant today. Both MGR and Jayalalithaa put many years into politics before they came to power. No doubt Vijay has a sizable following but that alone is not enough to guarantee success,” said. 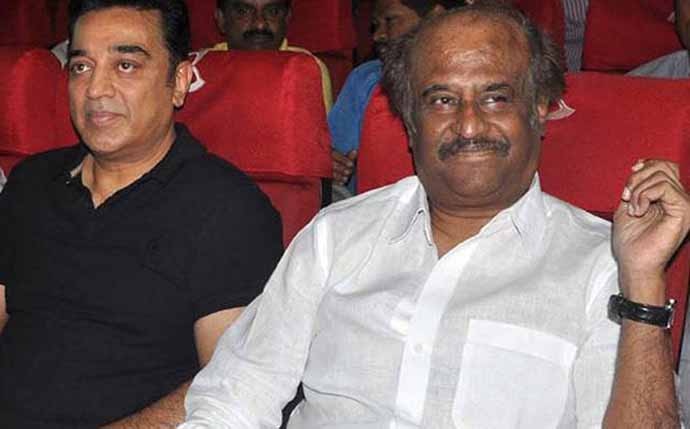 Entry of the two superstars into politics has failed to create much of an impact. (Source: India Today)

Vijay isn't a lone wolf, actors Kamal Haasan and Rajinikanth also launched their own political organisations. Haasan with his party, Makkal Needhi Maiam and Rajinikanth with Rajini Makkal Mandram. However, both still have a long way to cover before they attain the stature MGR or Jayalalithaa held.

"Having a large fan base will not guarantee Haasan or Rajini success in politics either. I believe the same is the case for Vijay. People still don't know his stance on various issues,” said Sumanth Raman.

While Vijay may have taken a jibe at the Tamil Nadu chief minister from a public platform, Edappadi Palanisamy seems unfazed. "It is a democratic space. He can start his political party and he is entitled to his opinion,” said the CM at Madurai in an address to the press.

The DMK which is the principle Opposition party in the state also seems unperturbed. "We welcome anyone who wants to try their hands in politics. Ultimately, it is up to the people to reward them. But just because they are stars they can't win polls. One needs to work for it,” said A Saravanan of the DMK.

The reason political parties who would've otherwise seen big actors as competition seem relaxed can perhaps be attributed to the fact that the two superstars who made hugely hyped entries into the political arena have failed to gain much momentum.

Kamal Haasan announced the adoption of eight villages at the beginning of the year but had adopted only one so far. He has attended two gram sabhas as an observer and felicitated women on International Women's Day. He launched Maiam Whistle, an anti-corruption app. But what has Haasan really done to stand out for the masses?

While he is loved and respected for his contribution to the world of cinema, he hasn't really hit a political chord yet with the people. The same holds true for his counterpart Rajinikanth. 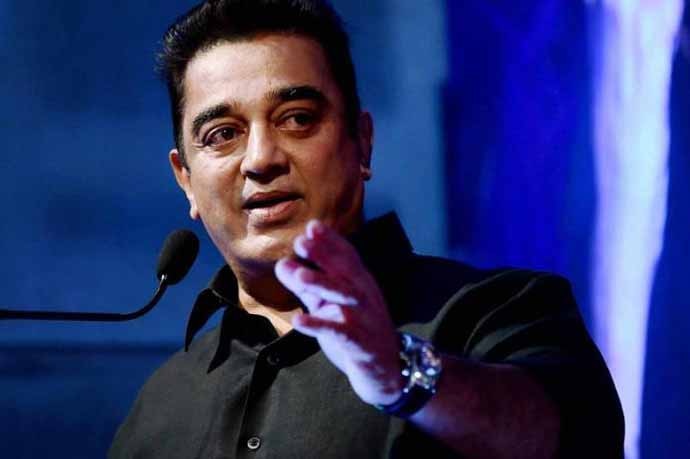 While Haasan has Sabaash Naidu and Indian 2 in the pipeline after which he is will retire as an actor, Rajinikanth is signing on more movies. He announced his political entry on December 31, 2017, but until now a political party as such hasn't been announced by Thalaiva much to the disappointment of his fans.

"We have to see if Vijay enters actual politics or if this a statement just ahead of his movie launch. Even Rajinikanth said he is entering politics but until now only ground work is happening,” said CR Saraswathi, AMMK leader.

While Kamal Hassan has met many leaders through the year, he still has not joined hands with anyone.

Speculation is rife over Rajini and the BJP joining hands. Even BJP chief Amit Shah had welcomed Rajini into the field.

This view was also supported by BJP minister Pon Radhakrishnan, "Everyone cannot be MGR nor can they be Jayalalithaa. Only Rajinikanth is influential as an actor. I don’t know if Rajinikanth is actually supporting the BJP because he hasn’t started his party. People have a good opinion of him as he is a good actor and a nice person. They feel he might do good for the people."

However, he did not take actor Vijay's statements on corruption in the system lightly. "People shouldn't enter politics in TN citing a vacuum in the state. If he wants to completely focus on politics then there is nothing wrong in it. He is complaining that people are inefficient and receiving bribes. Let him openly name people accepting bribes and I will garland him if he does so,” said Union minister of state for finance and shipping Pon Radhakrishnan.

Politics and the acting industry in Tamil Nadu have always gone hand in hand. CN Annadurai, MGR, M Karunanidhi and Jayalalithaa all started from the world of cinema and then moved on to politics. While it worked for them, it need not be the perfect success formula. Some rise and some fall, and after Haasan and Rajini, all eyes are now glued to Vijay's next move.

Also read: A fighter forever: How M Karunanidhi turned into a protester politician

#Rajinikanth, #Kamal Haasan, #Sarkar, #Thalapathy vijay
The views and opinions expressed in this article are those of the authors and do not necessarily reflect the official policy or position of DailyO.in or the India Today Group. The writers are solely responsible for any claims arising out of the contents of this article.