The air strike on Pakistan shows a new Indian state, hard and bold on terror

Earlier, even monstrous terror acts like 26/11 were seen to go unavenged. But with the strikes on Pakistan, India has signalled a shift in national doctrine.

So, after days of feverish speculation and desperate anxiety, India has finally done what so many of us had advocated. The air-strike on the Jaish-e-Mohammad’s training camps is not the dramatic triumph we had hoped for. The murderous Maulana Masood Azhar has not been eliminated and his main headquarters have not been destroyed.

But the air-strike is, by any standards, a welcome and historic breakthrough.

Till now, India has advocated a policy restricted only to launching strikes in Pakistan Occupied Kashmir (POK) and claiming that our forces operated in areas that we claim as part of India anyway.

If early indications are right, these strikes may have gone much further — with Indian forces attacking targets deep within Pakistan itself, not just in illegally occupied parts of Kashmir.

The message from deeper incursions is clear. We don’t blame the terror attacks on Kashmiri militants on either side of the border — we blame them on the Pakistani state, which sustains and arms these militants and other terrorists. If Pakistan wishes to keep snakes in its background, then it must be ready to see that backyard blown up. This time, it's not about Kashmiri militants. It's about the Pakistani deep state. (Source: Twitter)

The use of air power has long been resisted by Indian governments because a) this may be interpreted as a conventional military attack and b) it is hard for Air Force planes to enter Pakistan undetected and the Pakistanis could shoot down our aircraft.

That we have gone ahead despite these risks suggests a new level of daring on the part of the Indian establishment.

That our planes were able to enter Pakistani airspace with impunity re-affirms what we have always known about our superiority in conventional terms.

While the more hysterical sections of the Indian media like to portray Pakistani decision-makers as blustering jihadis, they are actually thoughtful and cunning strategists who have outwitted India over the last decade. Their calculation is simple — India would win a conventional war. And the world won’t let the conflict escalate to nuclear levels. Pakistan’s best hope, therefore, is to wage a sub-conventional war using terror strikes.

India could, of course, respond conventionally, but our establishment is too frightened that any conventional response would lead to nuclear retaliation. So, India usually sits back and only whines to the world without launching the kind of armed response that is required.

The importance of the response to Pulwama is that it tells us that New Delhi has shed its traditional reluctance to go beyond mere diplomatic posturing and the usual appeals to the global community. Instead, we have used our conventional forces — the Indian Air Force, in this case — to strike within Pakistani territory.

We're following our instincts, and blazing through the skies. (Source: Reuters)

The trick with this kind of response, as I wrote here, a week ago, is to finish the operation swiftly — before the world has had a chance to object. Once it is over and done with, we can live with the diplomatic fall-out. Today’s strike suggests that we followed that basic principle.

Indian politicians, encouraged by the Americans who call Kashmir “the world’s most dangerous place”, have repeatedly told our people that any strike on Pakistan could lead to nuclear retaliation. So far, at least, we have bought this line — and it has become an excuse to do nothing.

Curiously, Pakistan doesn’t seem to worry that an attack on the heart of India — say, the Mumbai siege — would lead to nuclear retaliation. Islamabad knows that the only significant response from Delhi will be the standard self-righteous rhetoric. This creates a tragic imbalance (of India’s own making) where the Pakistanis can launch any sub-conventional attack, confident that New Delhi will only huff and puff before pulling back, fearful of nuclear retaliation.

To break this pattern, as I argued last week, India has to develop a strategic, tactical strike ability where it can use its military superiority to deliver a swift blow to Pakistan, without getting bogged down in a conventional war.

Yes, Pakistan will retaliate — but no, it won’t use nuclear weapons. No Pakistani will support the start of a nuclear Armageddon only to avenge the destruction of Masood Azhar’s training camp. His time is up. And Pakistan knows it. (Source: Reuters)

What we will get — as we did after Uri — is more fidayeen attacks.

That’s fine. We get these attacks anyway. And if the likes of Masood Azhar know they are in our cross-hairs, they will be less reckless in launching such strikes.

There are two ways you can look at this air-strike. You can see as a vote-winning move by the government — which is how many people will see it. 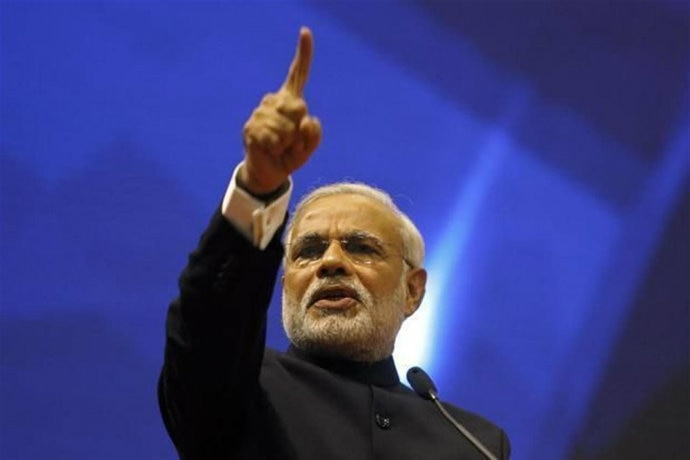 Or you can see it for what it is; the launch of a new doctrine that declares that India is not a soft state.

You dare kill our troops. And by God, we will make you pay.

Even if that retribution comes from high up in the air right in the heart of your country.

Also read: Pulwama Attack: PM Modi cannot afford to delay action against Pakistan. His reaction must be strong and swift

Post your comment
#Narendra Modi, #New India, #Indian surgical strike 2, #Surgical strike 2.0
The views and opinions expressed in this article are those of the authors and do not necessarily reflect the official policy or position of DailyO.in or the India Today Group. The writers are solely responsible for any claims arising out of the contents of this article.