The Official Secrets Act in the times of Rafale, Bofors

The Indian Official Secrets Act (OSA) 1923 should be repealed.

In the age of light, it brings darkness. At a time of information, it perfects secrecy. As a beacon of imperial rule, it suffers democracy into quiet. Designed to target journalists, it breeds a horrifying censorship. It converts a right to know into not knowing. Its 19th-century origins are important. In 1843 and 1878 circulars were issued for Britain declaring total secrecy for all documents. The Marvin (1878) and Anderson (1889) affairs revealed that those who copied a document were not guilty of larceny in England.

How it all evolved

Section 2 of that Act was described judicially as “catch-all”.

The Franks Committee in 1972 wanted it “pensioned off”.

The Indian OSA 1923 replicated the British Act. Section 5 was “catch-all”.

In the Legislative Assembly of India, OSA 1923 was described as “slavish imitation” of British Legislation.

The Second Press Commission (1982) took a different turn to recommend replacing the “catch-all” Section 5 with a Right to Information (RTI) Act. 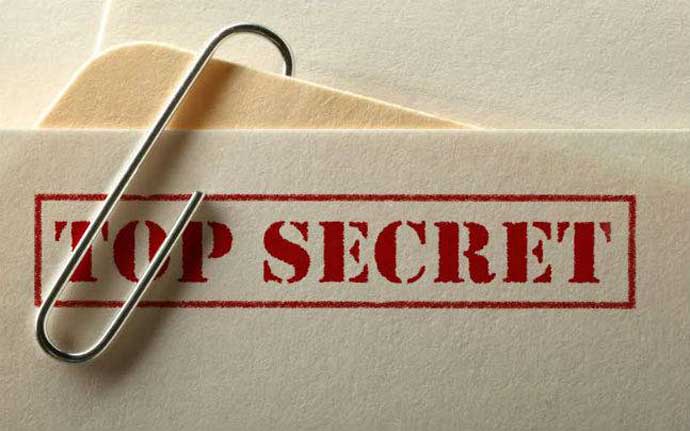 Unfortunately, OSA 1923 survived after the RTI Act 2005 which added 10 exemptions from information.

The only doubtful victory was that OSA 1923 would not affect revealing secret documents if the government felt public interest outweighed protected interests.

Apart from prosecutions for Official Secrecy, the doctrine of ‘crown privilege’, was consecrated in the Indian Evidence Act 1872.

Today, the Courts often follow a sealed cover procedure — as in the CBI case this year Indian democracy reinvented itself with investigative journalism and electronic techniques — in relation to the State and private institutions and persons.

In America, the doctrine in the New York Times case (1961) was read into Indian civil defamation law.

However, the media struck out.

Bofors and other scandals were exposed; and indeed, Rafale... The Rafale imbroglio brings out all problems of abuses of official secrecy.

The Supreme Court was misled in not being given the full details.

The CAG redacted the price details and various aspects of the Request for Proposals (RFP).

The BJP relied on confidentiality provisions of the agreement and asserted that disclosing the price would reveal technical matters. This view was weakened when the French President had no objection to disclosure to Parliament.

The CAG report that the Rafale prices were lesser by 2.86 per cent than the RFP without taking into account that sovereign or bank guarantee was dropped.

Now, the media has shown that Dassault gained 7.8 per cent of the total price by avoiding bank guarantees.

There is much in the Rafale deals that merits revelation for three reasons.

(i) Corruption is intrinsic to defence deals which are rife with benefits.

(ii) It is relevant that CAG talks of 2.86 benefit and Ministers 7 per cent or 9 per cent respectively

(iii) The larger question relates to Defence Procurement procedure as a whole.

On March 6, 2019, Attorney General K K Venugopal disclosed that secret documents were missing from the Ministry of Defence (MOD), and that information on the deal could not be disclosed for national security reasons, cautioning judicial restraint.

All three judges Gogoi, Joseph and Kaul felt that in cases of criminality and corruption, stolen documents could be looked at.

The second strand in the Attorney’s argument was that the documents should not be looked at if they were the “subject matter of criminality” prosecutions.

Then followed the government’s threat that prosecutions could take place against individuals, and publications even though some revelations were already in the public domain.

This is not just a threat to all journalists, but also to social and personal media and their right to free speech and expression. This is what has been called a “chilling effect” on democratic governance.

Many have rightly criticised the Attorney General’s statement and the government’s defence. Both Rafale and the ‘stolen’ information must be probed.

The emphatic answer is “no” even on threat of prosecution.

They are soldiers in the cause of democracy if harassed or prosecuted. Attempts to file first information reports, and to raid newspaper offices, getting search warrants against the press in respect of free speech offences relating to investigating and publication of news and ideas is an unreasonable and repressive infringement of free speech. The government has already begun using sedition provisions.

Now, they threaten the criminal use of official secrets law. This government walks in fear of itself, democracy is threatened by their fear. Saving democracy is more important than saving a government.