Tipu Sultan is no hero. India needs to stop celebrating him

The occasion was the 200th birth anniversary of Sir Syed (he was born on October 17, 1817). Sir Syed is a part of the trio described in Pakistan schoolbooks as the spiritual founders of the Muslim state — the other two being Muhammad Iqbal and Mohammad Ali Jinnah.

Though Sir Syed died nearly half-a-century before the country of his dreams could become reality, numerous prestigious institutions are named after him in Pakistan, to underline his unmatched contribution in promoting the two-nation theory which ultimately led to the vivisection of India. Mukherjee spoke about his “vision” and several newspapers carried articles eulogising Sir Syed and recalled his “services” to the country and the Muslim community.

Meanwhile, knives were out last month for the BJP and Sangh Parivar after Sangeet Som, a BJP MLA from Uttar Pradesh, committed “blasphemy” by questioning the status of the iconic Taj Mahal as a symbol of love and for doubting the patriotism of the Mughals. The "secular" uproar that followed Som’s remarks forced the BJP to distance itself from the controversy.

How can the Karnataka government and Pranab Mukherjee get away so easily, but not the BJP? Is it because the Left has enjoyed complete control over public discourse since Independence, to the complete exclusion of other valid narratives?

In this context, one is reminded of a TV programme, "Alternative Views", which was a great hit in the US. Produced in Austin, Texas, it was one of the longest-running public-access television cable TV programmes, with 563 one-hour TV shows telecast between September 1978 and April 1998. Its programmes featured news, interviews and opinions from a new and progressive perspective.

Nothing of this sort has happened in India till date. No wonder, we continue to have a doctored version of history, manufactured by the Macaulay-Marxist combine to suit its ideological ends. Ironically, those responsible for this gagging have also appropriated the label of "liberals" and style themselves as "Left-liberals"! An oxymoron in the Indian context!

The two celebrated "secular" icons, Sir Syed and Tipu Sultan, had adopted diagonally opposite approaches to promote their community interests. Sir Syed collaborated with the British and worked to promote a Muslim-British alliance against Hindus. He justified the alliance on the basis that both Christians and Muslims were “people of the book”. For his services, the British conferred on him titles such as Khan Bahadur and Knight Commander of the Order of Star of India (KCSI).

Tipu Sultan, on the other hand, is hailed for offering armed resistance to the British. But why did Tipu oppose the British? Not because they were foreign invaders. In fact, Tipu himself sought the assistance of several foreign powers, including French, who were manoeuvring to establish their domination in the country. The ambitious Sultan also solicited the help of Muslim countries like Persia, Afghanistan and Turkey in the name of Islam.

The Sultan opposed the British because they were an impediment in his endeavour to carry out jihad against "kafirs" and establishing an Islamic state in India. 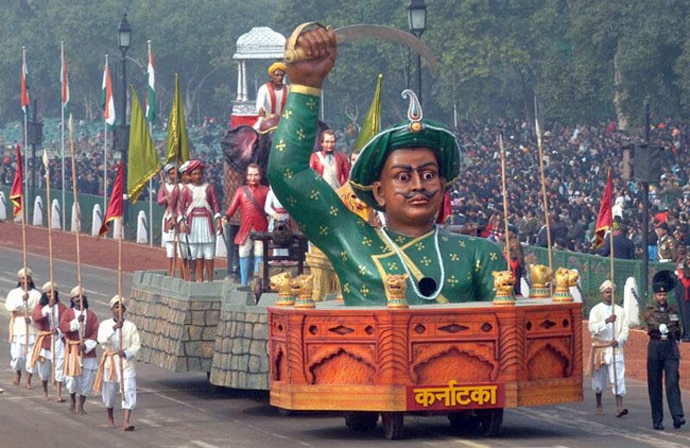 The Left order, however, would say it is all false propaganda, a part of the British design to create a rift between Hindus and Muslims. Here are excerpts from some of the letters which Tipu Sultan had sent to his army commanders:

1.) March 22, 1788, to Abdul Kadir: “Over 12,000 Hindus were ‘honoured’ with Islam. There were many Namboodiris (Brahmins) among them. The local Hindus should be brought before you and then converted to Islam.”

2.) December 14, 1788, to his Army Chief in Calicut: “I am sending two of my followers with Mir Hussain Ali. You should capture and kill all Hindus. These are my orders.”

3.) December 21, 1788, to Sheik Kutub: “242 Nair’s are being sent as prisoners. Categorise them according to their social and family status. After honouring them with Islam, sufficient dress materials may be given to the men and their women.”

4.) January 18, 1790, to Syed Abdul Dulai: “With the grace of Prophet Muhammed and Allah, almost all Hindus in Calicut are converted to Islam. Only a few are still not converted on the borders of Cochin State. I am determined to convert them also very soon. I consider this as jihad to achieve that object.”

5.) January 19, 1790, to Badroos Saman Khan: “Don’t you know that I have achieved a great victory recently in Malabar and over four lakh Hindus were converted to Islam.”

Historian Lewis Rice, who wrote History of Mysore after going through various official records, had this to say: “In the vast empire of Tipu Sultan on the eve of his death, there were only two Hindu temples having daily pujas within the Sreerangapatanam fortress. It is only for the satisfaction of the Brahmin astrologers who used to study his horoscope that Tipu Sultan had spared those two temples.”

The Sultan could not even tolerate the Hindu names of places. Therefore, Mangalapuri (Mangalore) was changed to Jalalabad, Cannanore (Kanwapuram) to Kusanabad, Bepur (Vaippura) to Sultanpatanam or Faruqui, Mysore to Nazarabad, Dharwar to Quarshed-Sawad, Gooty to Faiz-Hissar, Ratnagiri to Mustafabad, Dindigul to Khaliqabad, and Calicut (Kozhikode) to Islamabad.

Tipu is a hero to some, for he fought against the British. So did Hitler. Why different yardsticks for the two?