An Iconic Indian, Tipu Sultan: The legendary ruler was not a temple destroyer. He was a temple protector instead

Unlike the hate campaigns by the British and now, the Hindu right-wing against him, Tipu Sultan accepted other faiths and protected Hindu symbols. He also merged ethics with his economics.

In the third Anglo-Mysore war, in 1791, when the British army, under General Lord Cornwallis, was firing at Tipu’s summer palace in Bangalore, a cannon hit the coloum in front of the temple (Garuda Stamba), thus saving Tipu’s life.

Adjacent to the Bangalore summer palace complex, but presently separated from it by boundary walls, stands a magnificent temple complex dedicated to the Venkateshwara form of Lord Vishnu (the Hindu God of life and nourishment) and referred to as 'Kote Venkataramana temple'; notably, the word "Kote" translates to "fortress" in Kannada and the temple complex, constructed in the Dravidian style of sculptural architecture and commissioned by Maharaja Chikka Devaraja Wadiyar (reign AD 1673-1704) in 1689. In the heat of fierce battle: When Cornwallis' army fired at Tipu Sultan's fort, a Garuda Stamba saved his life. (Photo: Via Author)

It had once existed within the peripheries of the gigantic Bangalore Fort — till date, it remains a testimony to Tipu's tolerance to religions and belief systems different from his own since he allowed the temple to continue functioning within the premises of the fortress complex even after he had wrested it from the Hindu Wadiyar Maharajas.

The palace, though commissioned by orthodox Muslims, shared its courtyard with the temple since the same was in accordance with early Hindu customs where the King was considered representative of Gods on earth — a tradition that Hyder and Tipu did not mind emulating.

The Ganesha temple right in the entrance of the Delhi Gate of Bangalore Fort, which exits till today, is another testimony to Tipu’s tolerance and respect for other religions. If he was, as accused by his detractors of being a bigot and anti-Hindu, this temple would have been easily removed with the pretext of being obstructive to the broader access of the entrance.

According to the rituals of, Tripriyar temple in Kerala, the sanctum sanctorum is closed in the night, only after hearing ‘Sulthante vedi’, which is a firework instituted by Tipu Sultan, as a gesture of respect to the principal deity. Velayudhan Panikkassery, eminent historian, in an article describes Tipu’s sarvamanyam to Triprayar temple.

As a whole, we can infer that the allegation of the destruction of temples in Malabar, levelled against Tipu Sultan by his detractors, is not believable for want of historical evidences.

On the other hand, there was an incident where Tipu tried to protect a temple from destruction. Nobles: Both Haider Ali and Tipu Sultan respected religions and shared their palace courtyard with a Hindu temple. (Via Author)

Stephen Frederic describes the incident so: “In 1784, Athan Moyen Kurikkal, a local Mappila leader who was a revenue offcial under the Zamorin and later on entrusted by Tipu to collect taxes for him, led a group of his supporters in an attack during which they burned the Manjeri Temple and levelled the Manjeri Raja’s House."

Tipu Sultan then dispatched his troops to aid the Manjeri Raja, for although Athan Moyen was himself one of Tipu’s revenue officials, the Raja had expeditiously bartered part of his income with the Mysore Sultan in exchange for undisturbed rule as one of his dependants.

The Mappilas shattered the first Mysore expedition by killing its commander — but eventually, Tipu’s troops prevailed and both Athan Moyen and his son were imprisoned at Seringapatam.

Roland Miller also has given this incident in his account. He says how Athan Kurikkal then destroyed a temple belonging to the Manjeri Raja (Tipu had earlier warned Kurikkal not to do that). He got the Raja killed as well.

The rebellion rose in intensity. 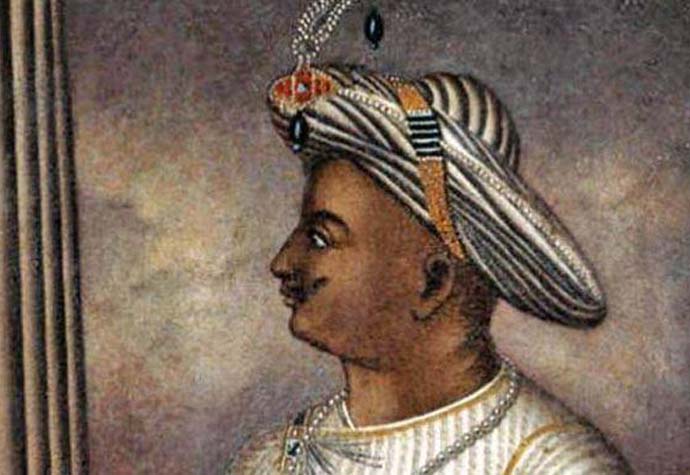 Visionary: Tipu Sultan was both a secular and deeply equitable ruler, unlike the propaganda spread about him. (Photo: India Today)

Ghulam Ali was sent by Tipu to Manjeri to quell the riots and some 90-odd Mappilas were killed (of which 20 were killed by fellow Mappila rioters to avoid their capture by Ali and became martyrs or Shaheeds).

Athan Kurikkal and his son were captured and interned in the Seringapatam jail. In this connection, please note that Tipu Sultan had granted a total of 194.51 acres of tax-free land to Manjeri Temple (Mutharekunnath Bhagavathi Temple) as evidenced by the Inam Register.

From the above incident itself, it is evident that Tipu was not a temple destroyer — instead, he was a temple protector.

BA Salatore described him as the ‘defender of Hindu dharma’ while discussing the ‘Maratha raid on Sringeri Mutt’. He says, “People have indeed reason to be grateful to him for the prompt measures he took to resuscitate the cause of Hindu dharma in the great seat of Sankaracharya, when it was eclipsed by political calamity”.

While Tipu did commit military actions in Coorg and Mangalore, recovering its scale or his intentions is by no means a simple task.

Academic Michael Soracoe, for instance, has recently drawn attention to the extensive phobic material on Tipu created by English officials, writers, painters and cartoonists in the last two decades of the 18th century — i.e., when Tipu challenged the English in military combat, which cast him as a Muslim fanatic who broke Hindu temples and converted local Hindus and Christians into Muslims.

It now seemed only proper for the British to take over Mysore and save his subjects.

This new sense of imperial purpose, argues Soracoe, even helped overcome the image of the East India Company as corrupt and unfit for embarking on political rule in India.

The images of Tipu as cruel and bigoted, which flourished in English writings all through the 19th century, now surface in Hindu right-wing complaints about him, claiming falsely without a shred of evidence whatsoever that 'He destroyed 8,000 temples in Mysore!'

Historian Kate Brittlebank, who has worked extensively on Tipu, attributes his military actions towards the Kodavas and the Mangalore Christians to his expansionist military strategy. Since he wanted to annex Coorg and Mangalore, which were bordering the Mysore kingdom, and since he was at war with the British more or less continuously between 1780 and 1799, the frequent support for the British seen in Coorg and Mangalore made him put down those pro-British forces forcefully, in the interests of the Mysore Kingdom. The brute killings that underlie the work of running and expanding kingdoms usually do not stand out in routine historical accounts where rulers come and go as anaemic matters of fact. The violence and deaths behind it all stand muted and anonymised.

Raja Chola and Krishnadevaraya, among many others, appear as great warrior kings without their victims anywhere in sight.

Royal violence can lose anonymity in India’s charged communal politics — though when the perpetrator of violence is a Muslim king, it can create new kinship with past victims.

At any rate, what has become clear, yet again, is the ease with which modern discussions are able to simplify pre-modern social worlds.

During Tipu’s rule, the administrative transactions within Mysore were done in Persian, Kannada and Marathi. All of his key ministers were upper-caste Brahmins. Of course, his generous endowments to major Hindu temples and monastic orders in the State are well-recorded.

The 10-day grand Dasara celebrations continued with a member of the Wodeyar royal family presiding over the festivities which continue till today. Besides, forcible religious conversions have not been documented anywhere in Mysore. Tipu Sultan was a scholar and being multilingual, he spoke several languages fluently, including Kannada, Farsi, French and English — though he never spoke this language out of sheer contempt for the British.

He was tutored by Maulvi Obedullah in Islamic studies, Pandit Goverdhan taught him the Mahabharta and the Ramayan and Ghazi Khan was his military tutor.

The complex style of Tipu’s rule in Mysore should make it hard for anyone to simply view him as a religious fanatic.

The administration of Tipu Sultan was entirely pro bono publico. He acquired great knowledge and vast experience in agronomy while he looked after his Jagir affairs in Dharampuri for about fifteen years.

On his accession to power, he incorporated many changes and amended laws regulating land tenure. These modifications resulted in a great agrarian revolution and swiftly changed the socio-economic conditions of the farmer class of his kingdom. Even his inveterate foes were compelled to confess — his country was the best cultivated and its population the most flourishing in India. 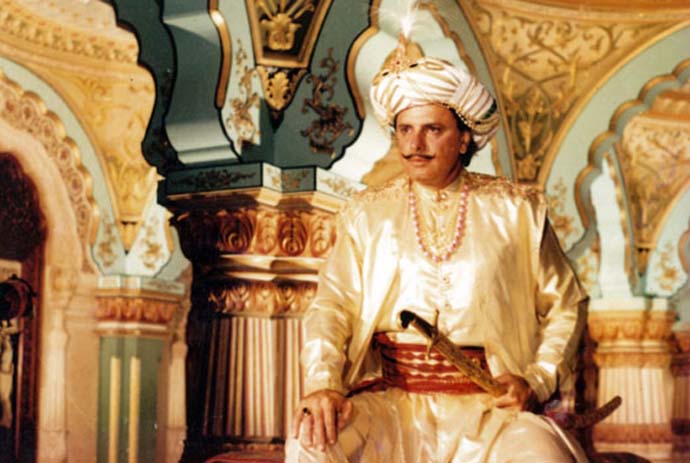 Beyond the plush: Tipu Sultan wanted a just society with economic equality. (Still from The Sword of Tipu Sultan: Via Author)

“Tipu was a king with a notion that under his kingdom the weakest should have the same opportunity as the strongest,” General Meadows once said to Lord Cornwallis, “He combines economics with ethics and sees no distinction between them. He protects the cultivator, remits taxes and when the landlords complain, he talks to them of social justice; they who have risen to wealth or inherited fortunes — he asks them to act as trustees for people’s welfare ! No wonder they fear that someday he will be asking beggars to mount horses and take the rod of authority."

The Sultan was well aware of the fact that the ryots were the backbone of his kingdom and once, he remarked, “agriculture is the life and blood of the nation”.

On another occasion, he declared that, "the newly cultivated land shall belong to the cultivator and his descendants... and no one shall dispossess him”.

Tipu Sultan made it, in effect, impossible by his reform for the revenue collectors to rob the cultivators as they used to in ancient regimes. He was in favour of kicking over the traces just to bring the lower stratum of society to the levels of the wealthy class.

Also read: Beyond the Tipu Sultan legend: Why celebrating the great Mysore ruler today is so vital