For TMC-ravaged Bengal, Amit Shah brings BJP as a beacon of hope

The people of West Bengal seem to be getting ready for the change. They have had enough of TMC's false ideologies and politics of fake slogans.

"Since the age of 14, I have been chanting the slogan like thousands of other workers, in demand of the abrogation of Article 370. Jahan huye balidan Mookerjee, vo Kashmir hamara hai (the Kashmir in which Mookerjee attained martyrdom is ours). And yet, I always felt a void, a lack of fulfilment, realising that Article 370 still stood as a barrier between Kashmir and the rest of India. I am sure every Bengali, in their hearts of heart, have always wanted this divisive Article to go. Today PM Narendra Modi has made it possible. This act of abrogating Article 370 is one of the greatest tribute to Dr Syama Prasad Mookerjee’s selfless sacrifice,” said Home Minister Amit Shah, addressing the first massive virtual rally — Banglar Jana Samabesh.

Anyone who is quintessentially Bengali and has a sense of Dr Mookerjee’s contribution in salvaging a portion of the province from being incorporated in its entirety into Jinnah’s Pakistan would have been touched by Shah’s moving reference to Dr Mookerjee’s contribution. The present TMC government led by Mamata Banerjee epitomises all that is antithetical to Dr Mookerjee’s legacy and ideal. While Dr Mookerjee, a Member of Parliament from South Kolkata, without regard to his safety or to his political future, went off to protect India’s unity in Kashmir, the present Chief Minister opposed the abrogation of Article 370.

Further, she demanded a referendum that is monitored by the UN, on whether the Citizenship Amendment Act was legal and valid, despite having been a union cabinet minister twice and a seven-time MP! This remains unprecedented in the history of independent India. Mamata Banerjee joins the ranks of those from Pakistan or the terrorist organisations operating with the support of Pakistan, by making such a laughable demand. In his address yesterday, Amit Shah, in fact, asked Mamata Banerjee why she is opposing the grant of citizenship to the hapless Matuas and Namasudras and how they have wronged her. “I have never seen anyone so overcome with anger when the CAA was passed,” said Shah. 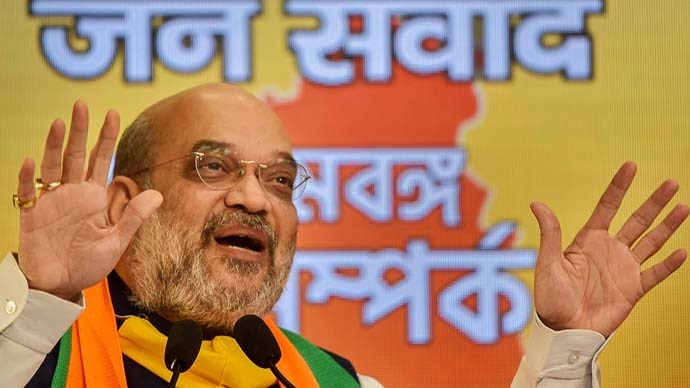 For the people of West Bengal, CAA is indeed a historic promise fulfilled. It is the completion of a long circle which began when the first refugees started pouring in, in early 1950, from East Pakistan onto the streets of Kolkata — beleaguered, harassed and completely at sea.  It was because of Mamata’s irrational opposition to the CAA, that when votes are counted in 2021, Shah asserted, “The people of West Bengal would turn Mamata Banerjee into a political refugee.” For those Bengali refugees for whom citizenship counts and is the ultimate aspiration, Banerjee’s uncontrolled outburst against the CAA has not gone down well.

“BJP is relentlessly struggling to achieve the goal of Sonar Bangla (Golden Bengal),” said Shah, instantly striking a chord with the massive audience listening to him, glued across West Bengal. Going by figures and responses from the ground in the state, over three crore people have already heard him. Across circles, political, non-political and neutral, the rally generated a great interest. It was clear to all that Shah had sounded the bugle for the battle for West Bengal and that he had not forgotten the state and the promises PM Modi had made to the people of West Bengal in 2019.

The people of West Bengal have had enough with the mishandling of the Covid-19 pandemic, pilferage of ration meant for ration-card holders, blatant distribution of largesse to the tune of Rs 1 lakh each to TMC-affiliated local clubs when one of the worst cyclones in over a century hit West Bengal, and repeated violent factional feud among TMC satraps and local strongmen. A state government official’s reaction after Shah’s rally that the Home Minster completely washed off the TMC with his nonstop volley, is indicative of the reaction of the majority of those who heard his address yesterday.

There is clearly a fatigue setting in among the majority of the people of the state. The slogan of Maa-Maati-Maanush with which Mamata Banerjee was propelled to power has been exposed. Over the last few months, people across the state have protested when PDS ration was pilfered by TMC strongmen and touts. Within days of Mamata Banerjee announcing that her government was providing compensation to those affected by Amphan, people realised that this compensation was in fact, being very systematically directed into bank accounts of TMC’s local apparatchiks, all of whom were unaffected by the cyclone. This has greatly angered the affected villagers. 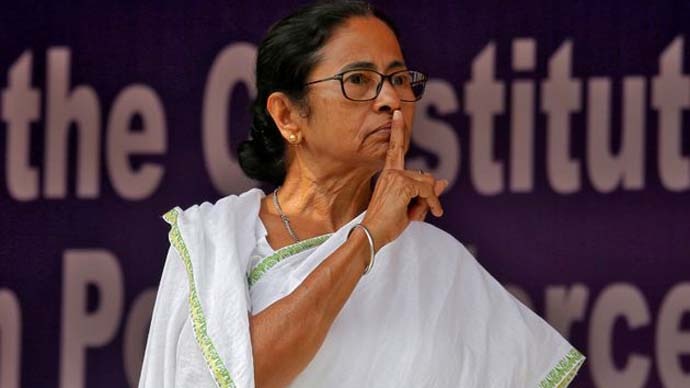 The latest expose has been by the Jal Shakti Ministry. The ministry, while detailing Modi government’s initiative to provide tap water to all by 2024, has said that West Bengal is the only state government which has not submitted an Annual Action Plan to the ministry yet. Out of 1.63 crore rural households spread over 41,357 villages, only two lakh households have a tap water connection in the state. Such has been the state of neglect of rural West Bengal by the TMC government, which came to power on the slogan of empowering the people.

Many across the state have witnessed how TMC factions have been violently settling scores amongst themselves over the distribution of relief. Bhangar in Jadavpur Lok Sabha was in the news recently when two such TMC groups were seen fighting among themselves. All this, while BJP MPs, party workers, unaffiliated doctors organisations, are being prevented from distributing relief in the aftermath of Amphan.

Against this brazen display of nonchalance and arrogance by the TMC leadership, Amit Shah’s address and his emphasis on Bengal’s rich past and its present wallowing in an administrative mess, non-delivery of governance, political violence, syndication and cronyism is a timely reminder of the Herculean task of trying to put West Bengal back on track. “You have tried the Communist regime for decades, you have tried the TMC for a decade. At least once now choose Narendra Modi and the BJP that will pave the way towards Sonar Bangla,” Shah said.

The people of West Bengal seem to be getting ready for the change. They have had enough of jargons, false ideologies and politics of fake slogans. Narendra Modi’s vision and Syama Prasad Mookerjee’s legacy beckons. It provides hope for a people and a state — so full of potential and yet relegated to the margins. Amit Shah’s Banglar Jana Samabesh is clearly a positive choice for West Bengal. Change is now a question of time.

Also read: In Mamata Banerjee's Bengal, quarantine and testing of migrant workers is a myth