The Trinamool Congress (TMC) claims that it has worked effectively towards the betterment of the villages in West Bengal and done enough developmental work across the state.

The party has even claimed that it has been the first to launch several new projects in the state. The TMC government says it has received several honours and awards for the good work done both in the country and abroad. 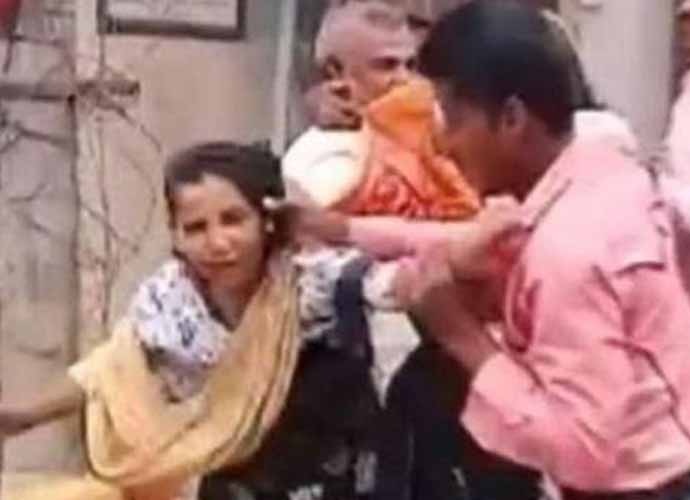 However, the incidents of violence captured on cameras and circulated on social media during the filing of nominations for the panchayat elections in the rural areas of the state bears proof of the fact that the party has done little in terms of governance apart from engaging in propaganda.

Had the party worked for the betterment of the villages and the villagers, there would have been no reason for it to stop people from filing their nominations. Armed with weapons, with police by their side and with the muscle power of the hooligans, TMC threatened and stopped the candidates of the Opposition parties from filing their nominations and in several parts even succeeded in their nefarious efforts.

The recent decision of the Calcutta High Court also bears proof that only anarchy has prevailed in the name of submission of the nominations. Such is the state of affairs that the court asked the West Bengal State Election Commission (WBSEC) to allow people to accept all the nominations papers sent through WhatsApp because TMC goons were stopping people from reaching WBSEC's offices.

Even after the high court judgment, the TMC has not shown any restraint and has been continuing to kill people, setting the houses of Opposition leader on fire after ransacking them.

The role of the police has been pitiful which either assisted the TMC hooligans or just looked on as party workers took law in their own hands.

Neither the police department, nor the other state administrative bodies have said anything about the horrible targeted political violence.

Despite knowing about the growing criticism against the party which has been reported by TV channels and newspapers, the TMC is shamelessly behaving as if nothing has happened. The state is indeed in a very sorry political condition.

I believe the TMC's shameful encouragement to violence is driven by two factors. First, the growth chart of BJP in West Bengal has been phenomenal and the party has been gathering immense mass support. Second, is the internal politics of TMC.

Unlike elections in the past, this year TMC could not even dare to make the list of its candidates public. The party filed the nominations for all the candidates to ensure its flock stays together fearing some might want to break out of the party mould. This shows the level of internal party rivalry that is prevalent in TMC.

Candidates from both TMC and other parties were attacked while filing nominations on April 24. A couple of days ago, a few women were beaten up by a few TMC supporters in front of the SDO office, in South 24 Parganas. Rumours were spread about BJP being involved in the harassment of the women. The attack on women shows just how low TMC has fallen for votes.

A TMC worker was shot dead inside his own house on April 24 because of the internal squabbling within the party.

This shows that the TMC is slowly losing the mass support that it used to enjoy earlier and is scared of an adverse election outcome. The party tried to prevent Opposition candidates from filing their nominations to ensure its own candidates won uncontested. However, I feel that the strategy might be detrimental for the party in the long run because it is the same strategy of using violence as a tool to ensure electoral successes that cost the CPM its rule over West Bengal, and the TMC will fare no better.

The hooligans who were once part of CMP have now joined the TMC. They are one's running the show for the party. The bunch of hooligans and the "election machinery" that CPM had used has now become Mamata Banerjee's "magic wand" to win the election.

It is a blessing that the 2019 Lok Sabha election will take place under the supervision of the Election Commission of India in the presence of the central paramilitary forces, and not under state election commission.

The state election commission is a mere puppet in the hands of the state government. Under the current situation, people will not be able to exercise their democratic rights freely and fairly.

The poor governance that the TMC has delivered in West Bengal would soon call for the imposition of President's Rule) in the state.

The law and order situation in the state is so bad that while TMC goons prevented candidates from filing nominations, the police actively participated in threatening them against doing so.

In none of the 21 BJP ruled states this has ever happened.

One of the big reasons of TMC's landslide win was that the people had actually believed in their slogan "Badla noy, Bodol chai" (We don't want revenge; we want change).

People of West Bengal believed in TMC's slogan and voted for the party hoping for peace to prevail but what they actually got was widespread political unrest and numerous killings.

We want this violence to stop. While TMC wants to bring democracy through bloodshed, we are committed to stop violence in the name of politics.

I feel true politics is the establishment of just ideology. Bloodshed and violence can never be the answer to honest politics that can strengthen democracy.

Against the backdrop of the violence in West Bengal, I think the panchayat elections a big farce.

I am worried that if this is allowed to go carry on, when the next elections are announced in the state candidates will not be allowed to even campaign for themselves. Not only that the TMC may soon turn the heat on people who come out to vote. Under Mamata Banerjee, West Bengal is a scary place to be in. This is a bad sign for Indian democracy.

Author is national secretary of BJP. He was earlier the West Bengal unit chief of BJP