Muslims deserve their rights: Pushing a Uniform Civil Code will not unite India. It will only create more tension

If the government is seriously concerned about women impacted by polygamy, it should look at the high statistics of Hindu men doing the same. Instead, it is selectively targeting Muslims.

In terms of the idea of nationhood, it is very clear from the very start that Muslims have always been an integral part of the modern Indian nation, from the beginning.

In fact, the president of the India National Congress from 1939 to 1946 was Maulana Abul Kalam Azad, a Muslim religious scholar of the highest repute.

Many other Muslim activists and social thinkers, such as Mohammad Ismail and Maulana Husain Ahmad Madani, were also major participants in the early development of the nation. In fact, the vast majority of Indian Muslim scholars — including all of the major seminaries — rejected the idea of Pakistan as being “too isolationist” and chose to support a united India, tolerant of its cultural and religious diversity.

Thus, to begin making arguments regarding the lack of the Indianness of Muslims and calls for personal law as being “separatist” are unfounded.

“All persons are equally entitled to freedom of conscience and the right freely to profess, practice and propagate religion... Nothing in this article shall affect the operation of any existing law or prevent the State from making any law regulating or restricting any economic, financial, political or other secular activity which may be associated with religious practice…”

“Subject to public order, morality and health, every religious denomination or any section thereof shall have the right (a) to establish and maintain institutions for religious and charitable purposes; (b) to manage its own affairs in matters of religion.” In dealing with personal laws, we should also consider that Indian couples can always choose to marry under the Special Marriages Act, passed in 1954 — it enforces strict monogamy, leaves no room for extra-judicial divorce and effects equality between men and women in rights of divorce. Thus, a Muslim couple that does not feel that the Muslim personal laws provide adequate levels of protection or justice can register their marriage under this law, thereby ousting the application of their personal law relating to marriage and divorce.

A marriage that had originally taken place under the auspices of the personal law can also be registered under the Special Marriages Act later. This piece of legislation serves as alternative to those who do not agree with, or do not feel comfortable with religious-based laws. The personal law was never considered a binding force in that relationship. The State of India hasd thus given religious groups, whether they are a minority or not, the freedom to practice their religion without any interference by the government.

When the Indian Constitution was being drafted in 1949, one of the major implications of these two articles was the implementation of religious personal laws. However, Article 44 in the same document states that, “The State shall endeavor to secure the citizens a Uniform Civil Code throughout the territory of India.” Uniform Civil Code means that there should be common law in the country to regulate issues like marriage, divorce and other personal law issues for all the citizens in India, irrespective of their religion.

The inclusion of Article 44 was seen by some members of the government to serve to “integrate” Indian society — but it is viewed by Indian Muslims as an attempt to dilute the cultural identity of the major minority group of the country — even marginalise it.

Thus, the issue of personal law has become one of the most politically charged topics relating to Muslims ever since Independence, prompting issues of religious freedom and culture to reappear on a continuous basis. Calls to abolish the Muslim personal law system specifically, and at other times, along with other personal laws, however, will not achieve their objectives of integrating the Indian nation.

The issue of personal law is given a disproportionate amount of weight in terms of how it can bring the communities of India closer together.

The implementation of a Uniform Civil Code, being as politicised as it is, will actually create more distrust from the Muslim community because, as is obvious with the rapid emerging influence and power accorded to the AIMPLB, Indian Muslim identity has come to engender the firm position of no interference with its personal laws by the government. The AIMPLB took the Shah Bano issue head on and started a historic movement throughout the country — a delegation led by the Board chair Nadwi met the Prime Minister Rajiv Gandhi, shortly after the decision in 1985. In 1986, Board members met Gandhi three more times and tried to convince him of the stand taken by the Muslim scholars.

Finally, the government passed the Women’s Rights Act on May 6, 1986, which scrapped the court’s judgment and restored the Islamic law of maintenance.

Recently Maulana Mohammad Wali Rahmani, a much respected religious scholar, clearly stated the importance of the AIMPLB to Indian Muslims and also said that the BJP-led government was clearly interfering in the religious domain on Indian Muslims. One of the grounds on which the RSS has called for the implementation of a UCC is polygamy and its oppressive effects on women. In fact, in some of its literature, it has selectively reported situations where Muslim women have chosen to marry Hindus in order to escape from polygamy.

The RSS discourse on polygamy and its widespread practice in Muslim society has no real foundation either, because according to the Report of the Committee on the Status of Women in India (1975), in recent history, there is little difference in the percentage of polygamy among Indian Muslims and Hindus.

In fact, at one point, the polygamy percentage was reportedly higher for Hindus than Muslims. 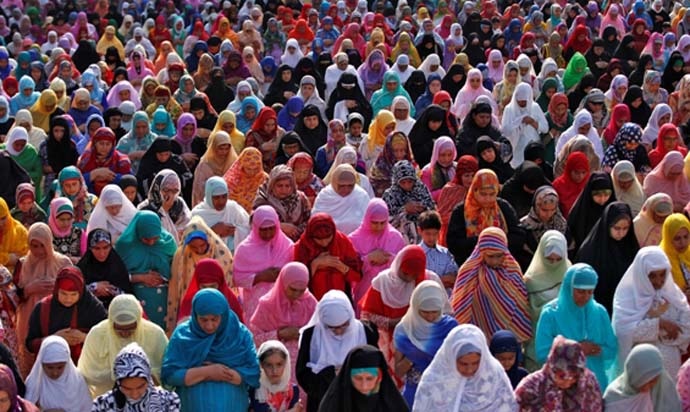 It's all about them. Right? If women's rights are the issue, why not look at polygamy amongst Hindus? (Photo: Reuters)

Finally, although the issues of personal laws and a Uniform Civil Code are very contentious, it is my belief that the abolition of religious personal laws and the adoption of a UCC will not serve its purposes and goals, especially in terms of integration.

Rather, amid the extremely high-profile politicisation of Muslim personal law and the emergence of the AIMPLB as the main mouthpiece of the Indian Muslim community, such a change will actually cause more friction in contemporary Indian society along religious lines.

Also read: Not saffron but secular: The banning of instant triple talaq is a crucial first step towards Uniform Civil Code