It's not about divorce: Triple Talaq Bill doesn't punish Muslim men or those divorcing

The Bill seeks to punish those who violate both the Supreme Court's order and the spirit of the Indian Constitution.

Professor Tahir Mahmood in his book Muslim Personal Law (1977 ed, page 200) has made an impassioned plea for framing a uniform civil code for all citizens of India.

He says: “In pursuance of the goal of secularism, the State must stop administering religion based personal laws”. Then he makes a powerful plea to the Muslims: “Instead of wasting their energies in exerting theological and political pressure in order to secure an ‘immunity’ for their traditional personal law from the state’s legislative jurisdiction, the Muslims will do well to begin exploring and demonstrating how the true Islamic laws, purged of their time worn and anachronistic interpretations, can enrich the common civil code of India”.

But till such time as the government decides to carry out the mandate of Article 44 of the Constitution, we have no option but to endeavor to purge the personal laws of such provisions that are highly oppressive and arbitrary — and repugnant to the dignity of women while violating the basic Constitutional principles and morality. 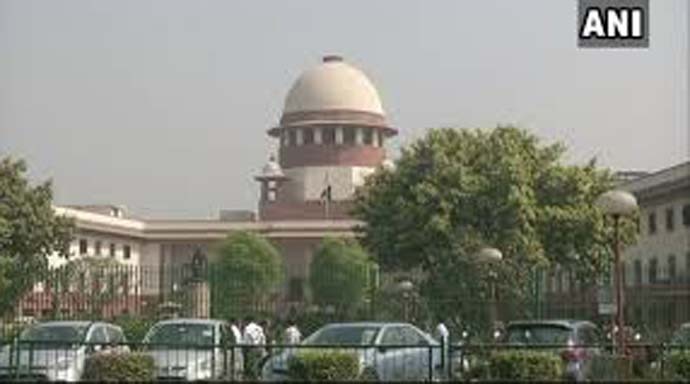 Laying down the law: In 2017, the Supreme Court of India outlawed the practice of instant divorce (Photo: ANI)

The decision of the Supreme Court in August 2017 that outlawed the archaic practice of instant divorce has to be seen as a major milestone in this direction.

In normal circumstances, a decision of the Supreme Court is as good as a law enacted by any legislature — and it is the duty of the citizens to obey it in letter and spirit.

But what happened in the case of this particular judgment? 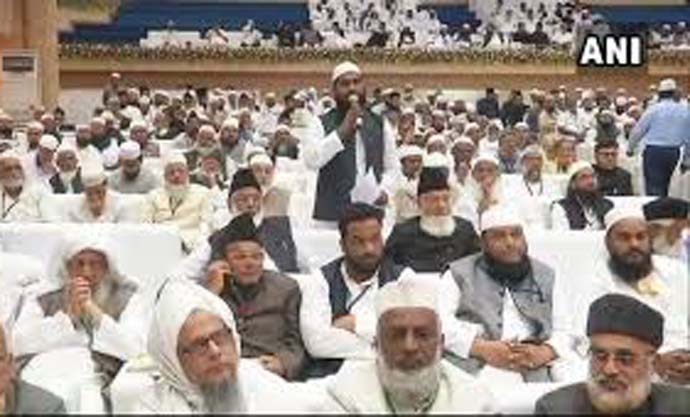 Defying the SC? The Muslim Personal Law Board reportedly said that practice of triple talaq would continue as before. (Photo: ANI)

About 10 days after the court had delivered its verdict, India's Muslim Law Board held its plenary session at Bhopal. The senior leaders of the Board made inflammatory speeches and declared that notwithstanding the judgment, the practice of triple divorce shall continue as before. If we read the reported speeches carefully, then it would be clear that Board leaders had reportedly incited common people to indulge in unlawful action and show contempt for the highest judicial institution of the country.

The result was on expected lines.

The newspapers reported a flurry of triple divorce cases.

The Law Minister has informed Parliament that since the judgment of the Supreme Court, there have been more than 345 cases of instant divorce. It is clear from these figures that the SC verdict was honored more in the breach than the observance.

It is important to remember that the Personal Law Board had undertaken, through an affidavit in the Supreme Court, that they will start a campaign against the practice of triple talaq and would call for the social boycott of the offenders as they had admitted that this form of divorce is innovative malpractice (BIDAT), prohibited (HARAM) and a sin (GUNAH).

But, despite this undertaking, the Board did nothing to stop this practice — instead, they emphasised that the practice of triple divorce may be bad in religion, but it is good in Shariat — which they claimed to be of divine origin. 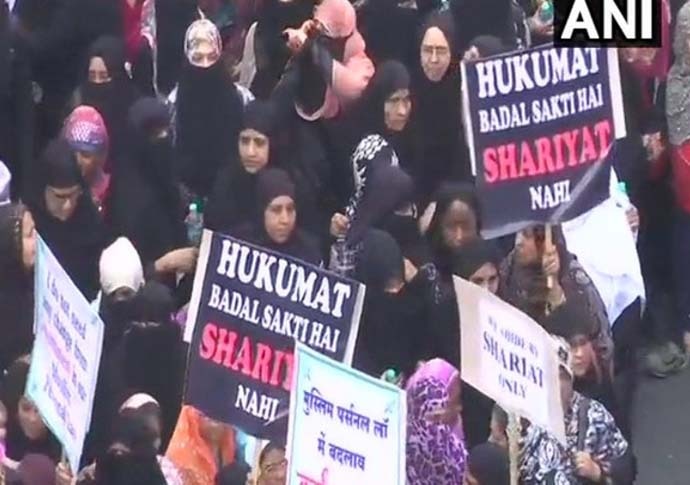 I hold that if the Personal Law Board had honored the promise they had made to the Supreme Court, and had clarified accordingly that the women who are victims of instant divorce need not leave their marital homes and should wait for three months for the completion of divorce and, during this period, the option of reunion shall remain available, the need for a law would not have arisen. But instead of starting a campaign against triple divorce, the Board members tried to encourage men to continue the practice — and justified it as part of the Sharia, that is, Muslim Personal Law.

Now, what was the choice before the government? To sit quiet and be a silent spectator to this gross contempt of the Supreme Court and the denial of the basic right to dignity of Muslim women?

The proposed Bill seeks to uphold the dignity of married Muslim women by making the arbitrary, instant divorce a punishable offense. In case the proposed Bill had not provided for the punishment, then the new legislation would have met the same fate as that of the verdict of the Supreme Court.

Since the introduction of the Muslim Women Protection of Right on Marriage Bill in Lok Sabha, there has been plenty of free comment in and out of Parliament. The Opposition has mainly targeted the Bill for conflating the civil with the criminal and have dubbed it as an instrument not to protect Muslim women but to harass Muslim men. It has also been averred by Barrister Asaduddin Owaisi that this Bill violates the equality clause of the Constitution as it provides a three-year jail term for a Muslim man for a crime — for which a Hindu man is punished only with a one-year jail term. Are you sure, Mr Owaisi? Asaduddin Owaisi has opposed the Triple Talaq Bill. But is his reasoning solid? (Photo: ANI)

I do not know which law the learned Barrister is referring to but admittedly, divorce is a civil matter and no one, regardless of his religious affiliation, is punished for it. The proposed punishment is not for divorce — it is for an instant triple divorce, which, the Supreme Court says, is arbitrary and hence, violative of the Constitution. It is for indulging in an act, which, if I may use the terminology of the Personal Law Board, is both prohibited and sinful. Can Mr Owaisi cite any other instance from Islamic jurisprudence where an action is held to be HARAM (prohibited), and yet, it is not punishable?

As far as triple divorce is concerned, it has always been treated in Islamic jurisprudence as a punishable offense.

In Fathul Bari, it is stated clearly that Hazrat Umar used to subject the offenders to public lashing. The punishment was not for divorce but for committing an act that was held to be prohibited.

Today, there is no Muslim society in the world that allows arbitrary instant divorce.

In Pakistan, legally, it was banned in 1962, but the practice continues due to cleric intransigence.

Post your comment
#Divorce, #Muslim personal law board, #Muslim women, #Triple talaq bill
The views and opinions expressed in this article are those of the authors and do not necessarily reflect the official policy or position of DailyO.in or the India Today Group. The writers are solely responsible for any claims arising out of the contents of this article.

The writer is a former Indian cabinet minister and the author of the book, Text and Context: Quran and Contemporary Challenges