The ruling party has become a vehicle of trust for minorities

The Modi Government is working with the guiding mantra of ‘Sabka Sath, Sabka Vikas, Sabka Vishwas’ to create a new India. The PM talks about the development of 130 crore people of the country, irrespective of caste and religion.

The Narendra Modi Government has created a ‘Highway of Development’ in which the ‘Vehicle of Trust’ is running without facing any obstacle. The last five years of the Modi-led government had focused on ‘Reform, Perform and Transform.’ It not only brought new legislation for the empowerment of the common man but also repealed about 1,500 old and archaic Acts.

The Triple Talaq Bill passed just recently by Parliament, has brought to end the social evil of Triple Talaq. The legislation will ensure social, financial and constitutional empowerment of Muslim women in the country. The Britishers brought the ‘Personal Law’ to divide and rule India and the Congress governments continued with those laws. There is no ‘Hindu Personal Law’ in the country, and yet we call our country a secular nation. There are no such laws for other religions too. The country, especially Muslim women, suffered a lot due to sins committed by the Congress in 1986. While Congress had been concerned about ‘Voton Ka Udhaar’ (electoral benefits), we are concerned about ‘Sudhaar’ (reforms). While Congress used its majority to deprive Muslim women of their constitutional rights, the BJP has strengthened their constitutional rights. Opposition to the Triple Talaq Bill was guided by vote bank politics and is undemocratic. (Photo: Reuters)

The passage of the Muslim Women (Protection of Rights on Marriage) Bill, 2019 is a glorious moment in parliamentary history and democracy of the country. Triple Talaq is un-Islamic and illegal. We have corrected a mistake. For many years the headless Congress tried to prevent the bill from getting passed in Parliament. By opposing it only for political reasons, they committed a big mistake. They were denying Muslim women their constitutional right.

For us, ‘Vikas ka masauda, vote ka sauda nahin hai’ (reform is not a vote-catching instrument). Our ‘Draft of development’ is based on ‘Development with dignity’ and ‘Development without discrimination’.

The Modi Government is working with the guiding mantra of ‘Sabka Sath, Sabka Vikas, Sabka Vishwas’ to create a new India. The PM talks about the development of 130 crore people of the country, irrespective of caste and religion. For this government, the definition of ‘VIP’ is “Very Important People”.

Crores of people belonging to the minority community, including Muslims, have significantly benefited from the Union government’s welfare schemes as nobody asks about the religion of a person when they apply for these schemes. Minorities are obviously the largest beneficiaries of these schemes as they had been left far behind on the scale of development. Today, when the Modi government is providing houses to the poor, we don’t ask about the religion of the beneficiary; when our government is providing electricity to all the needy, we don’t ask about religion of the needy. 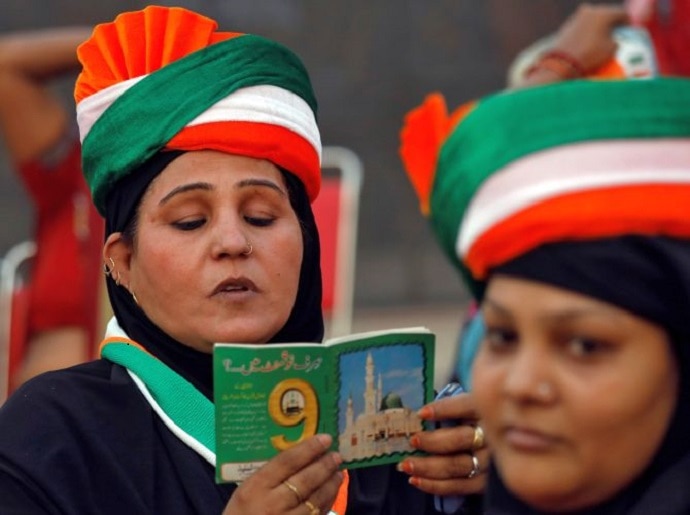 Women’s empowerment has been this government’s priority. It has opened bank accounts of 36 crore needy people under the ‘Jan Dhan Yojana’, provided interest-free Mudra loans to about 19.5 crore people, more than 10.44 crore toilets have been constructed under the ‘Swachh Bharat Mission’ and more than 7.55 crore free cooking gas connections have been given to women belonging to the weaker sections. About 75 per cent of beneficiaries of these schemes are women and people belonging to the minority communities.

During the last about four years, more than 8.5 lakh youths have been provided employment and employment opportunities through the Ministry of Minority Affairs’ job-oriented skill development schemes such as ‘Seekho aur Kamao’, ‘USTTAD,’ ‘Garib Nawaz Skill Development Scheme’, ‘Nai Manzil’ and others. About 50 per cent of these beneficiaries are females. During the last about two years, more than 2 lakh artisans have been provided employment and employment opportunities in national as well as international markets through the ‘Hunar Haat’ programme.

In terms of educational empowerment of minorities, especially girls, during last about four years, we have provided scholarships to more than 3.18 crore students from six notified minorities — Jains, Parsis, Buddhists, Sikhs, Christians, Muslims — which include about 60 per cent girls. Educational empowerment to women plays a big role in the current state of schemes. (Photo: IANS)

To ensure socio-economic-educational empowerment of minorities through ‘3E’ (education, employment and empowerment), various scholarships including Pre-Matric, PostMatric, merit-cum-means, etc, will be provided to five crore students in the next five years, which will comprise 50 per cent girl students.

For the first time since Independence, a record number of 2 lakh Indian Muslims are going to Haj this year without any subsidy.

About 48 per cent of the pilgrims are women. Also, the number of women Haj pilgrims going without ‘Mehram’ (male companion) this year is double in comparison to last year.

#Congress lost, #Shah bano case, #Narendra modi elections win, #Triple talaq bill
The views and opinions expressed in this article are those of the authors and do not necessarily reflect the official policy or position of DailyO.in or the India Today Group. The writers are solely responsible for any claims arising out of the contents of this article.

The author is Union Minister of Minority Affairs.