Why I couldn't find a single case of triple talaq

Was the issue raked up to divert the nation from serious issues and pre-poll promises of the government?

Exactly one year ago it all started - in June 2016, when RSS-affiliated Rashtrawadi Muslim Mahila Sangh approached the Supreme Court for codification of "Muslim personal law" to end practices such as polygamy and triple talaq, or instantaneous divorce.

Since then, "triple talaq” has captured the headlines of every newspaper, cover pages of magazines, prime slots on TV channels and in speeches of politicians. It can be considered as the second most discussed topic in India after demonetisation.

Demonetisation rightly deserves the first place as it impacted 1.34 billion citizens of India. But I was surprised by the attention given to triple talaq as I had never heard before that the practice exists. To know more, I had to meet with at least one impacted person.

With the intention of finding one incident, my journey began with the chant - "triple talaq, triple talaq everywhere, media and social media filled with it... but not a single incident I find".

Do you know anyone in person who has divorced his wife by uttering triple talaq in one go? I sent this question to all my 50-plus WhatsApp groups but was not successful in finding one such case. I asked all members in my group to ask the same question in their groups and inform me if they find one such incident. Yet, I couldn't find anyone.

You can try the same exercise and I will be grateful if you let me know whether you can find one such case. I am sure you will not find even one and you will come to know the reason why by the end of this article.

Today, why do we all believe that triple talaq is a widespread practice among Muslims? Because the entire country, you and I were made to believe it.

Regular debates on TV, articles in print and digital media and statements of BJP ministers made us believe that the custom of triple talaq is common among Muslims. 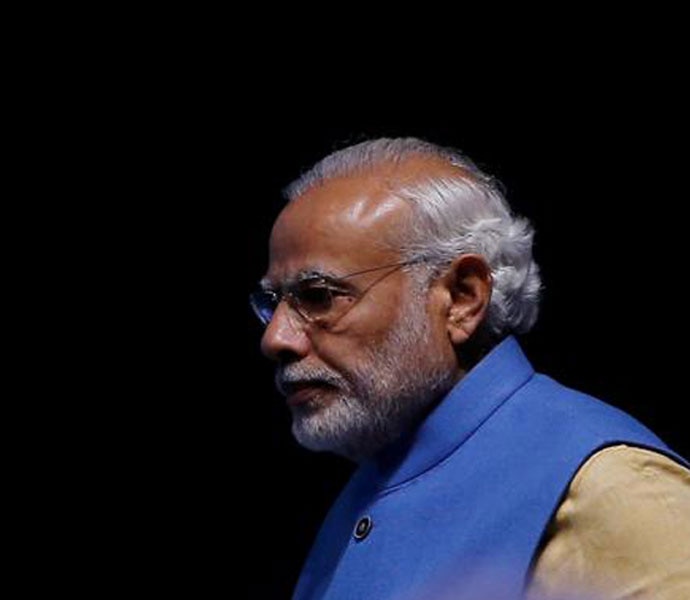 Why was unusual attention given by the Modi government to such an insignificant practice? Photo: Reuters

This instigating statement projected Muslim men as immoral, lustful and carnal sinners. PM Narendra Modi made sure to broach the topic in his speeches at regular intervals, projecting triple talaq as the most pressing and country-defining issue. When the Supreme Court gave up summer vacations to hear the triple talaq case, the iota of doubt we had that the practice is not prevalent got buried.

We all believed triple talaq was widespread even though we didn’t see anyone impacted by it. My belief got shaken on May 17, 2017, when New Delhi-based Centre for Research and Debates in Development Policy (CRDDP) released a survey report that said "incidents of triple talaq almost do not exist".

The survey was carried out among 20,671 individuals - 16,860 men and 3,811 women - and was led by Dr Faizan Mustafa, vice-chancellor of NALSAR, Dr Amir Ullah Khan, economist and director of Maulana Azad National Urdu University, Flavia Agnes, lawyer with expertise in marital, divorce and property law and Dr Abu Saleh Shariff, best known as the member secretary of the Sachar Committee which, in 2006, submitted a report on the social, educational and economic backwardness and deprivation status of Muslims.

According to the survey report, just about one-quarter of divorces have occurred through the intervention of religious institutions such as the quazi and darul kaza. Only 0.3 per cent reported "oral instant triple talaq" in one go.

I got the answer for the question why I couldn't find any incidents of triple talaq from Census data.

According to "Marital Status by Religious Community and Sex – 2011" C3 table of the Census, there are  4,28,60,315 married Muslim women and 2,12,074 divorced Muslim women. As per the CRDDP report, 0.3 per cent of Muslim divorces are instances of triple talaq. So the number of triple talaq instances in India is 0.3 per cent of 2,12,074, that comes to 637. As there are only 637 people impacted by triple talaq all over India, I was unable for find one and for the same reason you too will not find anyone.

Though I failed in finding even one incident of triple talaq, I was happy to find the reason for my failure. But my happiness did not last long as it led me to many new questions:

- Why was there such a hue and cry over a custom that almost does not exist?

- Why was unusual attention given to such an insignificant practice?

- Why were national resources including the time of the Supreme Court wasted?

- Was it to corner the Muslim community on the pretext of gender justice?

- Was it to humiliate Muslims and create an atmosphere of hate?

- Was it to divert the entire nation away from serious issues and pre-poll promises?

These questions remain unanswered and my journey continues with a new chant.

Also read: Truth behind UP CM Adityanath rooting for a ban on triple talaq

#Indian Muslims, #Modi government, #Triple Talaq
The views and opinions expressed in this article are those of the authors and do not necessarily reflect the official policy or position of DailyO.in or the India Today Group. The writers are solely responsible for any claims arising out of the contents of this article.

The writer is a research associate at Centre for Research and Debates in Development Policy.