Muslims in the country don't follow a single school of thought or religious beliefs.

A Constitution bench of the Supreme Court concluded its hearing on the issue of whether or not triple talaq in one sitting is valid. This was probably the first time when the Supreme Court took the initiative to examine the issue pertaining to personal laws. The central government and its allies heavily relied upon the practice in Muslim countries like Saudi Arabia and Pakistan where the practice of triple talaq has been abandoned. They also argued that it violated the principle of equality and constitutional morality.

When a similar issue relating to Muslim personal law was being argued in the Supreme Court in 2001 — to save a 1986 law relating to maintenance — the central government, led by the BJP, argued that "personal law is legitimate basis for discrimination, if at all, and therefore, does not offend Article 14 of the Constitution".

This time, however, its stand has changed. Pro-ban parties never made the effort to tell the court that many of the practices followed by Indian Muslims are not similar to those held by other Islamic countries. Saudi Arabia largely follows Imam Hambal, Ibn Taimiya and Abdul Wahab, who laid the foundation for the fifth school of thought for Sunnis — the Ahl-e-Hadith.

Saudia Arabia has a population of about three crores and does not believe in many practices considered religious by Indian Muslims.

Traditions prevailing in Saudi Arabia should not be guiding factors for practices in India. The kingdom has not allowed the preservation of the houses of the Prophet and many of his companions. They have also not preserved the graves of many of the Prophet's close companions.

According to Saudi law, at the time of Namaz, nobody should be found outside the mosque. Women should don the burqa before leaving their homes. Polygamy is much more freely practised there than by Indian Muslims for whom it is a dying practice. Muslim women's literacy rate in Saudi Arabia is 81 percent. 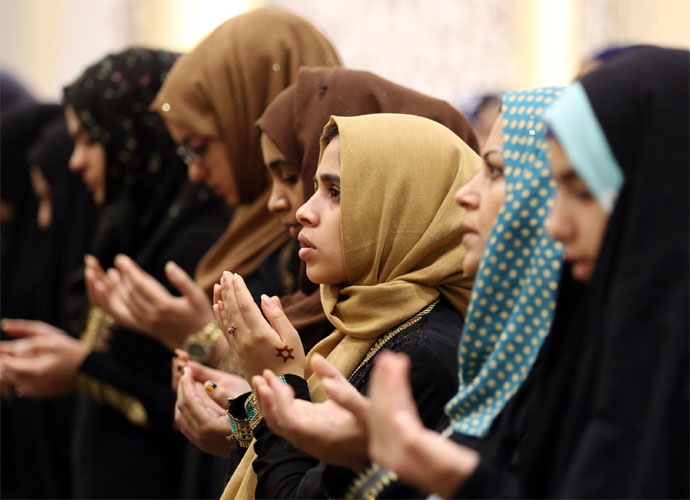 On the other hand, of the total 17 crore Indian Muslims, the majority is Sunni and follows the Abu Hanifa school of thought. While practices like Dargah and Sufiism are not recognised in other parts of the Islamic world, for a large number of Indian Muslims they signify religious belief — protected by courts in India under religious practice.

Their social security, the duration of the legal process for undergoing divorce, their economic and educational status is different from a kingdom like Saudi Arabia. In India, if a Muslim does not wish to perform certain religious rites, she is protected under the Constitution and has the option of taking the route of Special Marriage Act.

Similarly, neighbouring Pakistan too cannot be compared with India. There too the issue of triple talaq created serious controversy. Ulemas in the country had expressed severe criticism in the face of a ban. While the law prohibiting triple talaq in one sitting is in place in Pakistan, the Talaq pronounced initially, if not revoked through arbitration process within 90 days, becomes final.

There is a time-bound conclusion recognised by legislation unlike in India. The supposed arbitrariness pointed out by the activists remains there as Talaq comes into effect after 90 days. Pakistan is an Islamic (theocratic) state where minorities belonging to all other religions make up less than four percent of the population. After decades of delay, they have a separate law for Hindu citizens.

Many scholars have stated that the practice of triple talaq, which is undesirable, is sinful as per Sharia and should be banned immediately. To do away with triple talaq, they rely upon the Ahl-e-Hadith. The courts in India too have relied upon it to decide cases of triple talaq. This has created the impression that the Ahl-e-Hadith is the general Islamic interpretation for all Indian Muslims — and it is incorrect.

In 1954, a seven-judge bench of the Supreme Court deciding the Shirur Muth case held: "After Sankara, came a galaxy of religious teachers and philosophers who founded the different sects and sub-sects of the Hindu religion that we find in India at the present day. Each one of such sects or sub-sects can certainly be called a religious denomination' as it is designated by a distinctive name, - in many cases it is the name of the founder, - and has a common faith. The Court clarified then that "Article 26 contemplates not merely a religious denomination but also a section thereof, the Muth or the spiritual fraternity represented by it can legitimately come within the purview of this article." In December 2016, the Supreme Court held that "the freedom of religion under Articles 25 and 26 of the Constitution is not only confined to beliefs but extends to religious practices also".

In yet another judgment, the SC has held that "religious beliefs, customs and practices based upon religious faith and scriptures cannot be treated to be void" and in a pluralist society, as exists in India, the task of carrying out reforms affecting religious beliefs has to be left in the hands of the state and while performing judicial functions, the judiciary cannot and should not be equated with other organs of state — the executive and the legislature.

The Indian Hanafi School of jurisprudence too has a massive following based upon their faith and practice and a religious denomination. Like Christianity in India has different denominations — such as Catholicism, Protestantism, and Oriental Orthodox or denominations like Anand Margis, Agamas and Podhu Dikshitars among Hindus. The Supreme Court acknowledges all such denominations and certain practices have been refused permission only where public order and fraud are concerns.

In such a milieu, for the first time, while making it clear that the courts of law ought not to interfere in such issues, the Indian Muslim community, irrespective of schools, has come forward and resolve the abhorrent anomaly that is triple talaq.

Post your comment
#Constitution, #Supreme Court, #Triple Talaq
The views and opinions expressed in this article are those of the authors and do not necessarily reflect the official policy or position of DailyO.in or the India Today Group. The writers are solely responsible for any claims arising out of the contents of this article.

The author is a lawyer in the Supreme Court of India and writes columns on different issues.