The quality of journalism and public discourse in this age where substance is never more than 140 characters deep got unintentionally caricatured today by the headlines fed to news channels by reporters who ran out to give their pieces-to-camera and sound bites as soon as Chief Justice Jagdish Singh Kehar finished reading out his opinion in today’s triple talaq verdict.

The first news flashes said the Supreme Court has upheld the practice of triple talaq and referred the matter to Parliament. Those who were more diligent, listened to the opinions of Justice Rohinton Nariman and Justice Kurian Joseph and came out and reported that the practice of triple talaq has been struck down as unconstitutional. Neither of these sets of news reports expressed the correct position.

In any judgment where the court has spoken through multiple opinions, the majority and minority is to be seen for each proposition involved. A judge may be part of the majority for one part of his opinion and in the minority for another.

Based on the opinions given, this judgment can be divided into two parts for determining majority and minority:

1. Is the practice of talaq-e-biddat or triple talaq in a single sitting legal?

2. Can personal law be tested by a court on the grounds of it being unconstitutional?

And another question that arises only because the media is making much of it is: has the Supreme Court asked Parliament to take up this issue and pass a law?

Chief Justice Kehar, speaking for himself and Justice Abdul Nazeer, has held that talaq-e-biddat or instantaneous triple talaq is an integral part of the faith of Sunni Muslims and as such is protected by the fundamental right to freely practise one’s religion contained in Article 25 of the Constitution.

The reasoning he gives is that triple talaq, though not contemplated by the Quran, has been practised since the time of Caliph Umar and in 1,400 years, it has become part of the faith of Sunni Muslims. Personal law, according to Justice Kehar, is accorded constitutional protection through Article 25 of the Constitution unless it contravenes any one of “public order, morality and health”. He found that triple talaq does not in any way affect public order, morality or health and is therefore entitled to the protection of Article 25.

Justice Kehar rejects the argument that was made by the central government through the then attorney general that Muslim Personal Law (Shariat Application) Act, 1937 gave a statutory status to Muslim personal law, and having become part of a statute, it lost the protection available to personal laws and its constitutional validity can be challenged like any other statute. 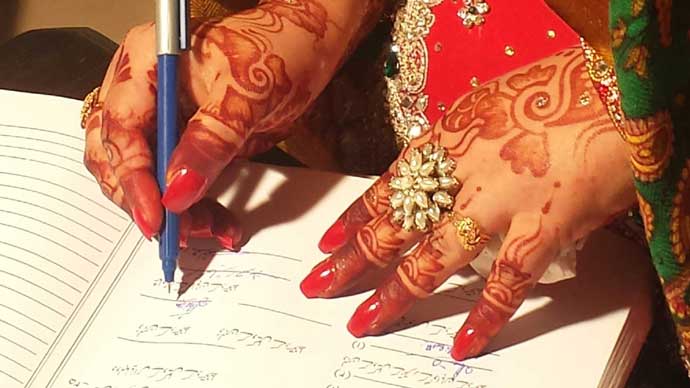 Triple talaq is not a quranic practice.

This argument, if accepted, would have made the entire gamut of Muslim personal law vulnerable to challenge on grounds of inconsistency with the provisions of the Constitution.

Section 2, which is the operative provision of the 1937 Act, states that notwithstanding any custom or usage to the contrary, in all questions concerning matters that are regulated by personal laws such as succession, marriage, divorce et al the rule of decision in cases where the parties are Muslims shall be the Muslim personal law (shariat). Justice Kehar held that the limited purpose of the 1937 Act was to negate usages and customs that had come to override Muslim personal law or shariat. The 1937 Act neither declares nor lays down personal law; it only preserves it from the diluting influence of customs and usages.

Having thus expressed his inability to interfere with the practice of triple talaq and noting that all parties agreed that it is an abhorrent and sinful practice, Justice Kehar requested Parliament to take up the issue and undertake law reform by enacting a statute within a period of six months.

Justice Rohinton Nariman on the other hand, speaking for himself and Justice UU Lalit, held in his opinion that the 1937 Act both recognises and enforces personal law and therefore like any other statute, it comes within the definition of a "law in force" in the chapter on fundamental rights in the Constitution, bringing the entire gamut of Muslim personal law with it.

Having held so, Justice Nariman tests the practice of triple talaq on the anvil of the right to equality contained in Article 14 which also encompasses a prohibition against arbitrariness and holds that the practice is manifestly arbitrary as it is dependent entirely on the whim and caprice of the husband.

In this split decision, the opinion of Justice Joseph became critical and the final outcome of the case turned entirely on who he chose to side with. Justice Joseph chose to side with Chief Justice Kehar on the question of whether after the 1937 Act, Muslim personal law acquired statutory status and lost its protection as personal law. His words on this are clear and unambiguous:

Therefore, Muslim personal law as a body of law acquires the status of a fundamental right protected under Article 25 of the Constitution by the verdict of the majority of three judges of the Supreme Court. The position of law has, therefore, become clear that practices forming part of Muslim personal law cannot be challenged in courts on grounds of their being in conflict with other fundamental rights granted by the Constitution.

However, Justice Joseph examines the practice of triple talaq in light of the method of divorce prescribed in the Quran, which includes a three-month period of reconciliation after the pronouncement during which talaq can be revoked, followed by mediation.

Only if all methods fail does talaq take effect, for which it must be confirmed in the presence of witnesses and must be accompanied by a fair separation. This being the procedure of talaq given in the Quran, Justice Joseph finds that a religious practice contrary to the Quran itself cannot be part of the personal law of Muslims. “What is bad in theology”, he says, “is bad in law as well”.

So purely in the striking down of the practice as illegal, he forms a majority with Justice Nariman and Justice Lalit, albeit for very different reasons. However, with his concurrence, the law laid down by Justice Kehar in his judgment according protection to personal laws against challenges of unconstitutionality has become the law of the land declared by the Supreme Court and binding on its citizens and governments alike.

Since the reference to Parliament was made by Justice Kehar and Justice Nazeer while upholding the triple talaq as the only recourse available to those aggrieved by this sinful and egregious practice, the reference becomes unnecessary in light of the fact that the practice was struck down by the other three judges. Therefore, any government action to interfere with Muslim personal law through legislation using the view expressed by a minority of the Supreme Court on this point will be nothing short of rank political opportunism.

Also read: Woman who was man to marry man who was woman is not just a story of overcoming odds