The passing of Triple Talaq bill has exposed the truth of Advani and Amit Shah’s point that Congress continues to be addicted to the politics of vote-bank and side with the ‘fanatics.’

Indeed, as Prime Minister Modi observed, ‘India rejoiced’ by relegating to the dustbin of history this regressive practice of Triple Talaq thus, rectifying a historical wrong done to Muslim women. Modi saluted the remarkable courage of Muslim women who stoically, against grave provocation and threats, remained firm in their demand that this ludicrous practice is abolished.

The BJP’s resolve on this front, as expressed in its ‘Vision Document’, was fulfilled. Modi displayed his tenacity, his commitment towards women’s empowerment and the Bharatiya Janata Party was, in Parliament, to the chagrin of many, well-coordinated, its floor managers doing a superb job of eliciting support for the passage of the Bill.

Interestingly, the self-styled liberals and the champions of Leftism in India, the ones who are sold to the seminar circuits in Ivy League universities, and portray how India is not a country for women, who work to impose a false narrative of India at every platform that they get invited to, were conspicuous by their silence.

Mehbooba Mufti ji, you might want to check how your members voted on this bill before tweeting. I understand they abstained which helped the government with the numbers needed to pass the bill. You can’t help the government & then “fail to understand need to pass”! https://t.co/Z0Ma5ST5ko

They went into mourning as it were. They were absent during the struggle, both legal and social, to counter this regressive practice.

Selective in their outrage, all that they did during this crucial last phase was to write ‘Open Letters’ to the Prime Minister conveying to the world at large that India is a country and society that is falling apart under a Fascist dispensation. These sections did not have the gumption to write to the Prime Minister, expressing their support for his effort to abolish Triple Talaq.

They did not even indirectly pledge their support to the empowerment of Muslim women, nor did they have the courage to hold multi-city placard and candle-light marches across the country. Their mouthpieces also ensured that voices like those of Arif Mohammad Khan were hardly heard, were marginalised and kept quarantined.

They kept silent on the entire Triple Talaq discourse, primarily because their politics has been based on and bolstered through appeasement. Neither the communists — who now want the country to run only through select committees — nor the Congress Party has been in favour of abolishing the practice of Triple Talaq.

Historically, their politics has sustained itself on generating minority victimhood, on generating a false sense of siege in the minds of the minority and then to second and perpetuate the politics of appeasement and false concessions.

These parties, their leaders, their intellectual cheerleaders in the academia and beyond, have only made fun of the Prime Minister’s mindset challenging initiative of ‘Beti Bachao, Beti Padhao’. Congress leader Rahul Gandhi repeatedly mocked the initiative but had no cogent thought or position on empowering Muslim women.

On this, they kept quiet, lest they ruffle the feathers and anger the Islamists and their fatwa-generating sections.

On Tuesday, as the Rajya Sabha debated and finally passed the Muslim Women (Protection of Rights on Marriage) Bill, it was there for all to see as they stood for and against it.

It also exposed many of those who have, especially in the last five-odd years, indulged in selective outrage and have made concerted attempts to impose a distorted idea of India. 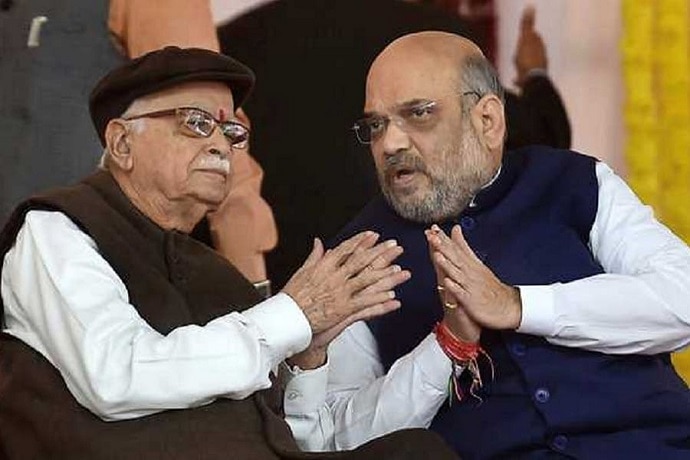 BJP's agenda for social upliftment of the minorities has been consistent since 1986. (Photo: Twitter)

As I heard the debate, I recalled how the BJP has been consistent on this issue over the years, facing brickbats and accusations of tampering with societal norms. Since 1986, the year of the Shah Bano case, when LK Advani, as president of the BJP, referred to the Congress volte-face on the issue, to Amit Shah’s spirited articulations on this issue, the BJP’s stand has remained undiluted.

In September 2018, when the Triple Talaq Ordinance was passed, Shah had made a political point. “This ordinance is also a matter of guilt and introspection for them (Opposition parties, especially the Congress) as they forced Muslims women to suffer from this bad practice for decades due to their vote bank politics,” Shah said.

The Triple Talaq battle is finally won but much more needs to be done. (Photo: ANI)

In his presidential address in 1986 to the BJP’s national council in Delhi, Advani had castigated the Congress and other parties for succumbing to the considerations of vote-bank on the Shah Bano case. Terming it an “unforgivable assault on the Constitution”, Advani had then said, that “History will never forgive this [Rajiv Gandhi’s] government for the fact that when a debate ensued within the Indian Muslim community in regard to the rights of women, and a sizeable — and very enlightened — section of the community risked opprobrium at the hands of the obscurantists in the community to espouse the cause of social reform and a fair deal for women, this government sided with the fanatics.”

The passing of the bill on Triple Talaq once again exposed the truth of Advani and Amit Shah’s point that the Congress continues to be addicted to the politics of vote-bank and continues to side with the “fanatics.”