Ever since he became United States president nearly two years ago, policymakers in New Delhi have believed that Donald Trump would be good for India.

Trump has business interests in India. He was quick to slam Pakistan’s support of terrorism. His daughter Ivanka charmed a tech audience in Hyderabad.

Here was a transactional president India could do business with. Former president Barack Obama had grated on Indian sensibilities by lecturing New Delhi about religious freedoms. Trump had only one religion — money. That suited Indian mandarins just fine.

The scales began to fall off Indian eyes pretty soon. Trump lost interest in castigating Pakistan. He was keener on taking Islamabad’s help to convince the Taliban (Pakistan’s outsourced terrorist group) to join a coalition government in Afghanistan so that US troops can exit the longest war in US history.

That would hand Afghanistan into the blood-soaked hands of the Pakistani army, which created the Taliban in 1993, and continues to nurture it.

Meanwhile, Trump has tightened visa controls for skilled workers that will hit India hard. Trump fumes publicly over India’s high tariffs and mocks Indian officials for trying to “please” him with flattery.

New Delhi still doesn’t get it. 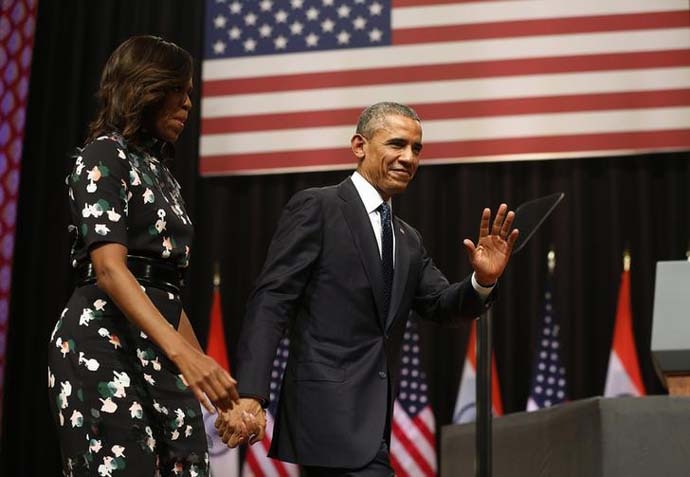 Former US President Barack Obama had rescheduled his State of Union Address to attend India's R-Day parade in 2015. (Photo: Reuters)

Trump has reportedly turned down India’s invitation to be chief guest at Republic Day on January 26, citing a clash with his State of the Union address (Obama in 2015 rescheduled his State of the Union address to attend the Republic Day parade in 2015.) Trump has been to dozens of countries during nearly two years as president, including several in Asia, but not to India.

The truth is that Modi and Trump are as different from each other as chalk from cheese.

Those on India’s ideological right who back Trump because he’s perceived as anti-Muslim and anti-Pakistan have got it dead wrong. Trump’s biggest allies are Muslim nations, starting with despotic Saudi Arabia. 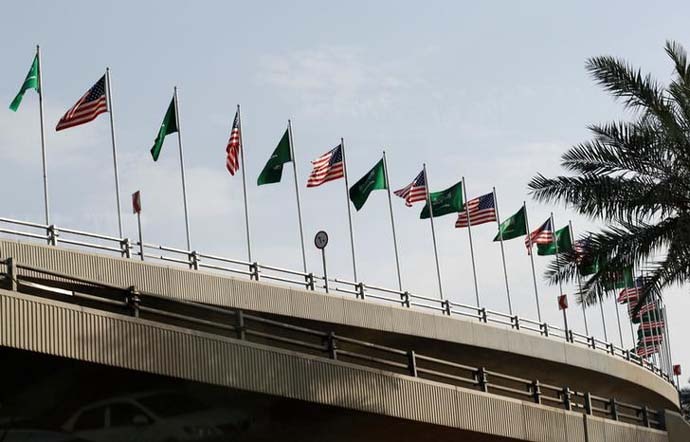 The first country Trump visited after becoming President in 2017 was Saudi Arabia. Not traditional ally Britain, not neighbouring Canada, not protectee Japan, but the most repressive regime in the Middle East: Saudi Arabia.

Even as horrific disclosures emerge of The Washington Post journalist Jamal Khashoggi’s brutal assassination by a Saudi hit squad in Istanbul, Trump has shown where his interests lie: arms sales to Riyadh rather than human rights. 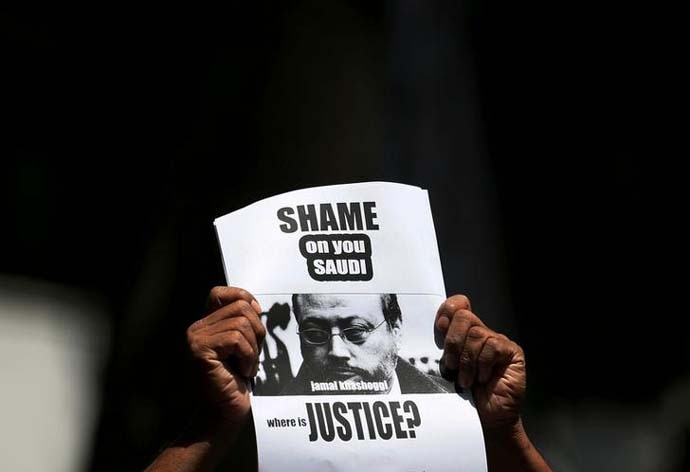 The widespread global outrage over Trump’s defence of the Saudis over Khashoggi’s assassination could have toxic ramifications. (Photo: Reuters)

Washington is the chief backer of the brutal Saudi-led war on Yemen that has killed over 10,000 civilians, including scores of children. Saudi Arabia would not be able to prosecute the war without US fighter jets, bombs, logistical support and real-time intelligence inputs.

It is, however, the assassination of Khashoggi that could prove a turning point in the Trump presidency. In the midterm Congressional elections due on November 6, the Republicans will probably tighten their grip on the Senate from 51-49 to around 53-47. But they will likely lose the House of Representatives by a slender margin.

The polarised battle over Justice Brett Kavanaugh earlier this month energised Trump’s conservative base, ensuring the Republicans would retain the Senate and reduce the margin of defeat in the House.

But the widespread global outrage over Trump’s defence of the Saudis over Khashoggi’s assassination could have toxic ramifications. The US public is notoriously uninterested in foreign affairs. Trump hopes the odium over Khashoggi will go away.

It won’t. This is one odour that will stick to Trump wherever he goes.

Trump’s own Republican party is determined to punish Saudi Arabia even if Trump gives it a free pass over Riyadh’s bogus claim that Khashoggi died in a rogue operation in the Saudi consulate in Istanbul. Trump admires strength in others and is contemptuous of those who don’t stand up to him. (Photo: Reuters)

In The Washington Post, Jennifer Rubin underscored why it can’t be business as usual after Khashoggi’s assassination: “Unlike Trump, Europeans understand the stakes when a journalist with no connection to their own countries is lured into a consulate, tortured, killed and chopped up. If Khashoggi’s killers get away with this heinous crime, no citizen or resident of any country is safe from the long arm of totalitarian thugs. But what if there aren’t any real consequences for the Saudis — if they receive a hand slap and nothing more? Such indifference would demonstrate to the world that we are too feeble and cowardly to defend ourselves, our free press and our democratic society. Should Trump prove himself unable to hold even a corrupt crown prince to account for his thuggish conduct, Trump might as well declare it open season on all Americans — or, for that matter, on any free people who get on the wrong side of dictators.”

India must now re-evaluate its options. US sanctions over Iranian oil are set to come into force from November 5. India expects a waiver but, in Trump world, that is by no means certain.

Trump fancies himself as a dealmaker. He admires strength in others and is contemptuous of those who don’t stand up to him. Indian policymakers try too hard to please Trump when they should be standing firm against his bullying. For Trump, though, strength isn’t defined by values, but by money. That is why he treats a rogue state like Saudi Arabia with respect and refers to African countries in unprintable derogatory terms.

Modi will meet Trump at the G-20 summit in Argentina in November. He should drop the flattery and get down to hard business. That’s the language Trump understands.