US and EU suspect Erdogan of divided loyalties in the war against terrorism.

Turkey has been in news over the last several months for all the wrong reasons. The latest in this series is the unsuccessful coup on July 15.

The recent coup is the only botched attempt by the army to forcibly remove an elected government.

In that sense it may be perceived as a victory of democracy as the coup was foiled by ordinary citizens pouring into the streets of Ankara and Istanbul, heeding the call of president Recep Tayyip Erdogan, the constitutionally elected leader of the country.

However, as unfolding events reveal, it is anything but that. But more of that later.

Some analysts have gone so far as to suggest that it was masterminded by Erdogan himself to discredit the Opposition which has been getting restive in recent months owing to Erdogan’s increasingly authoritarian rule.

This insurrection, they aver, would provide a pretext to him to crush his rivals and establish unchallenged sway over all instruments of power. 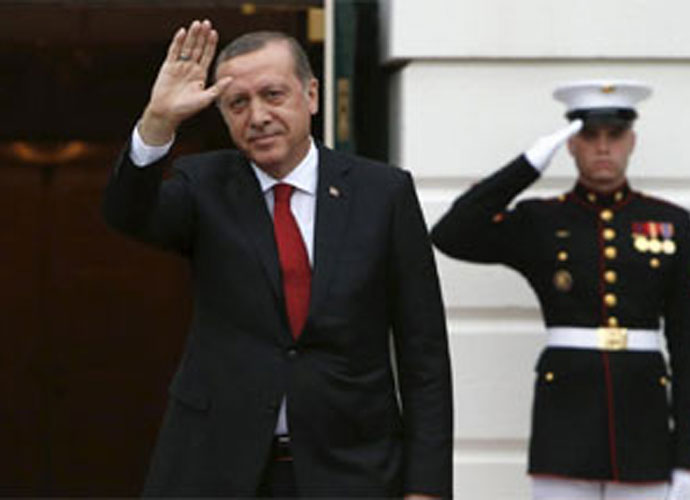 Some analysts have gone so far as to suggest that it was masterminded by Erdogan himself to discredit the Opposition.

This possibility appears rather far-fetched but cannot be totally discounted.

Vice-chancellors of all universities including several thousand teachers and tens of thousands of public employees from different ministries have been dismissed.

The post-coup purge smacks of a Cultural Revolution. It appears that members of the judiciary, academia, among others, opposed to Erdogan are being removed and will be replaced by his supporters.

Erdogan vowed that those involved in the coup attempt would face severe punishment.

Capital punishment, which was abolished in 2004, is likely to be reinstated to deal with the plotters.

The president has blamed Fethullah Gulen, a 74-year-old reclusive Turkish cleric who leads an Islamic movement known as "Hizmet", (meaning service in Turkish) of being behind the coup attempt.

Also read: How democracy failed to survive in aftermath of Turkey coup attempt

Gulen, who is reportedly in fragile health, has a wide following in Turkey that includes military, police, and judges. He has been living in self-imposed exile in Pennsylvania in the US since 1999.

Gulen’s popular movement embracing moderate Islam has spawned a global network of organisations, publications, think tanks and schools. Erdogan has demanded that the US extradite Gulen to Turkey.

Gulen’s supporters denied any role in the violence, termed the Turkish government’s charge as "highly irresponsible" and said that they do not support the military’s attempt to take power.

In a subsequent interview with reporters, Gulen suggested that the Erdogan government might itself be behind the coup.

US Secretary of State John Kerry, who was in Moscow discussing the evolving situation in Syria, said that US would consider Gulen’s extradition if sufficient evidence of his involvement was presented.

Gulen has long been an ardent advocate of tolerance, peace and "acceptance of religious and cultural diversity" drawing on the traditions of Sufism. In a recent op-ed in the Wall Street Journal, Gulen denounced the Islamic State, called for an end to violent extremism and advocated equal rights for men and women, and education for Muslims.

Gulen and Erdogan were once friends but split bitterly several years ago after the president blamed him for levelling allegations of corruption against senior officials as well as his son.

Since then, Erdogan has accused him of trying to seize power by using his movement to infiltrate the government and its security forces.

Turkish analysts appear sceptical that Gulen’s followers could have been behind the attempt.

The coup has resulted in Erdogan launching a massive witch-hunt to weed out opponents from the police, judiciary, army, academia and media.

Rather than serving as an opportunity to strengthen democracy, the aborted coup will only consolidate Turkey’s autocracy and despotism.

This has pitted Erdogan against the US and the EU, both of whom have proclaimed that NATO will scrutinise Turkey to ensure that it fulfils the alliance’s requirements for democracy and rule of law.

In an unusually strong statement, the Turkish PM said that Istanbul considers itself at war with any nation that stands by Gulen. The Turkish labour minister alleged that the US was behind the failed coup attempt.

Many Europeans fear that the crackdown could unleash a new wave of refugees fleeing persecution in Turkey. It also threatens unraveling of a recent agreement in which Turkey agreed to take back some refugees to reduce the number of those seeking asylum in Europe.

Relations between the US and Turkey have witnessed a rapid decline because of ostensible support by Washington to Syrian Kurds as also due to rapid warming of ties between Istanbul and Moscow in recent days following the freeze after downing of a Russian jet-fighter by Turkey in November 2015.

Instability in Turkey will have serious repercussions on NATO’s operations in Syria against ISIS and the Assad government.

The US and the EU suspect Erdogan of divided loyalties in the war against terrorism. Mutual distrust and suspicion is likely to grow further.

Post your comment
#Recep Tayyip Erdogan, #Turkey Coup Attempt
The views and opinions expressed in this article are those of the authors and do not necessarily reflect the official policy or position of DailyO.in or the India Today Group. The writers are solely responsible for any claims arising out of the contents of this article.