Because individuals can be terrorists too: Why India needs UAPA Amendment Bill 2019

We face highly complex new security challenges today. These cannot be tackled effectively with old and clumsy machinery. The UAPA Amendments are definitely the right move.

Terrorism is a multifaceted phenomenon and its human cost has been felt globally.

Security of individuals is a basic human right — and protection of this right is the fundamental obligation of any government.

Anti-terror laws play an important role in fulfilling this responsibility.

The Unlawful Activities (Prevention) Act, 1967 (UAPA) is one such law which empowers India’s security apparatus in preventing and countering terrorism.

This amendment empowers the Director-General, National Investigation Agency (NIA), to approve seizure or attachment of a property when the case is investigated by the NIA. The new clause in Section 43 of this Act empowers NIA officers of Inspector and above ranks to investigate offences mentioned in concerned chapters.

Importantly, amendments in Section 35 empower the central government to add or remove the name of an individual as a terrorist in the Schedule.

Earlier, only organisations could be declared 'terrorist' as per this Act. Not always a group: The 2019 amendment allows identifying individuals as terrorists, and not only organisations. (Photo: Reuters)

The acts committed within the scope of any of the treaties listed in a schedule are also included in the definition of 'terrorist acts' in the UAPA. The amendment also adds International Convention for the Suppression of Acts of Nuclear Terrorism (2005) to the list of treaties. This will help counter the critical threat of nuclear terrorism.

The above-mentioned amendments empowering NIA will expedite the process of investigation and prevent procedural delays. This Act can be used by NIA and states as well. Thus, it strengthens the functioning of NIA — without diluting the power of states.

However, disapproval to the amendment primarily hovered around naming individuals as terrorists.

Firstly, it is important to understand that whenever any organisation is declared terrorist or unlawful, certain procedures are followed and parameters are considered.

Concerned officials have to produce sufficient evidence to satisfy a tribunal or a review committee.

This amendment is necessary — and in fact, it should have been implemented much earlier.

Cases of Hafiz Saeed, Masood Azhar and Yasin Bhatkal are exemplars to highlight the need for this amendment. Had they been declared terrorist, the history of terrorism in India — and the life of the families of their victims — would have been drastically different. 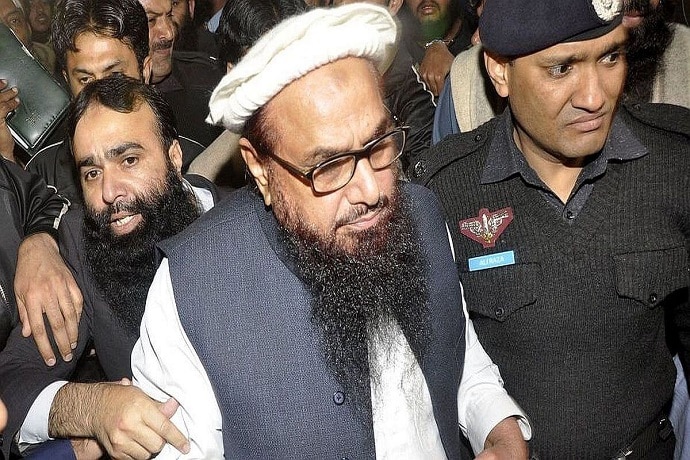 Lots to answer for: Many lives could have been saved had outright criminals such as Hafiz Saeed been declared terrorists. (Photo: IANS)

The late Sridhar Srinivasan, Ex-Secretary of the Maharashtra State Committee (MSC) and Central Committee Member (CCM) of the CPI (Maoist), was arrested allegedly with lethal weapons, including AK-47 in Maharashtra in 2007. He was convicted under the UAPA and released from jail on August 2013 after serving the term.

He allegedly continued to be involved in underground activities even after his release. In mid-2015, he left Mumbai reportedly to re-join the guerrilla force. He was with his wife Seema, also apparently a wanted CPI (Maoist) leader. They were to attend a meeting at the Andhra-Odisha Border area. En route, Sridhar passed away due to cardiac arrest. The CPI (Maoist) spokesperson confirmed this in a statement.

Shridhar was always glorified as a ‘brilliant revolutionary intellectual’ by Maoists. Individuals with a terrorist mindset, such as Sridhar, who re-joined the armed struggle in his seventies, even after serving a jail term, have to be noted. Only an effective law could protect society from such unlawful elements.

Contrary to the statement, organisations are made of individuals and such people should be a matter of concern first as they are the driving factor behind these groups. Including individual terrorist in the Schedule enables seizure or attachment of properties of those organisations. Earlier, this was not possible — and consequently, national anti-terror systems failed to prevent terrorist activities perpetrated by an individual with access to available money of another organisation. Designating individuals as terrorists can change this scenario.

Taking into consideration the international network of terrorists, secrecy in their operations and globally coordinated terrorist activities, identifying individuals as a terrorist is a step forward in strengthening global efforts to counter terrorism. Indian anti-terror mechanisms will be better equipped to play a bigger role in fighting this menace.

There has also been much debate across the globe that anti-terror laws undermine civil liberties and investigation processes. Similar points have been raised by human rights activists in India in the case of UAPA since its introduction.

Right to fair trial and presumption of innocence are important liberties mentioned in the International Covenant on Civil and Political Rights (ICCPR), which India is a party to. There was counter-argument in Parliament deeming the amendment as unconstitutional as it apparently violates these rights.

However, robust procedures are required to be followed by concerned officials before declaring an individual as a terrorist as well as a four-stage provision that includes application to central government and a review committee that protects these rights. If an individual wants to approach the court, he/she can do so.

Secondly, despite the complexities involved, India’s anti-terror framework does recognise that counter-terrorism measures and protection of human rights are not conflicting goals.

Deradicalisation programs by Anti-Terrorism Squad (ATS) in Maharashtra, community policing initiatives in Maoist-affected areas, effective surrender policies by different states to counter Left-wing extremism and employment of surrendered terrorists or Maoists by the Indian Army and state police are a testimony to the affirmative change in approach.

The possibility of the misuse of any law drafted with good intentions cannot be thoroughly denied. However, diluting necessary anti-terror measures will not be a quick fix. Unconventional problems cannot be solved by conventional methods.

Hence, the UAPA amendment is a welcome step.

Also read: Amit Shah must know amending the NIA Act and UAPA is not enough to counter terrorism