The company has not been able to earn profit in any market where it operates.

The recent strike by Uber drivers in Delhi has brought into sharp focus a number of questions relating to the emerging models of economic relations that work behind the veil of digital transactions.

More than 1.5 lakh Uber "affiliated" drivers refused to ply their vehicles under the Uber app, claiming to be victims of low wages, non-remunerative incentive structures and back-breaking working hours, among many other problems.

The San Francisco-based $69 billion-worth Uber, on the other hand, claimed that these drivers were working for the company of their own volition. It flaunted the freedom and flexibility that the Uber platform provides to the drivers.

Of course, the middle-classes love Uber. It is cheap, reliable and helped them out of the stranglehold of taxi operators who were rude and inefficient. Not long ago, drivers too loved it as they earned a handsome amount based on their fare collection as well as incentives provided by Uber. It was a little intriguing to see this drastic change in perception in such a short time, which requires a deeper exploration.

The strategy adopted by Uber in the beginning was to bring the fares down to a very low level to attract customers. However, it also needed to bring more and more drivers onto its platform with higher earnings. The pay-out system of fare plus incentives to drivers was designed accordingly.

Powered by the massive funding it got, Uber subsidised both the drivers as well as passengers. It led to a big influx of drivers onto the platform. But like other cities in the world, in India too the sunshine was short lived.

Within two years of starting its operations in Bangalore in 2014, Uber started cutting down on the payouts in a gradual manner. As Uber added more and more taxis to its platform, the waiting period for drivers to get a passenger call during non-peak hours increased.

They were now required to work for up to 12-14 hours a day and even then they could not earn what they had been earning just a few months back. While the middle-classes loved the reliability, comfort and cheap fares offered, rumblings started in the Uber driver community. It finally exploded in the recent strike of Uber drivers in Delhi as also in Bangalore and Kochi.

The voices we are hearing in India today are not unique. Indeed Uber has to face similar charges in many other cities of the world. A few days ago, Uber drivers in UK told a select committee of MPs that they are forced to work for more than 90 hours a week just to cover costs including purchase of their cars.

Earlier in 2014, protests had taken place in London, Paris, Madrid, Milan and Berlin against this app-based ridesharing company. A major point of these strikes and numerous lawsuits against Uber concerns the status of drivers working for the company.

According to Uber, the drivers are not its workers but self-employed contractors. Drivers, however, have been demanding status as workers so they get various benefits like insurance, paid leave, minimum wages, fixed working hours etc. while they operate Uber.

The unfolding of the Uber phenomenon in India follows almost the same trajectory as has happened in other countries of the world. It has deep and far-reaching consequences which need to be understood. 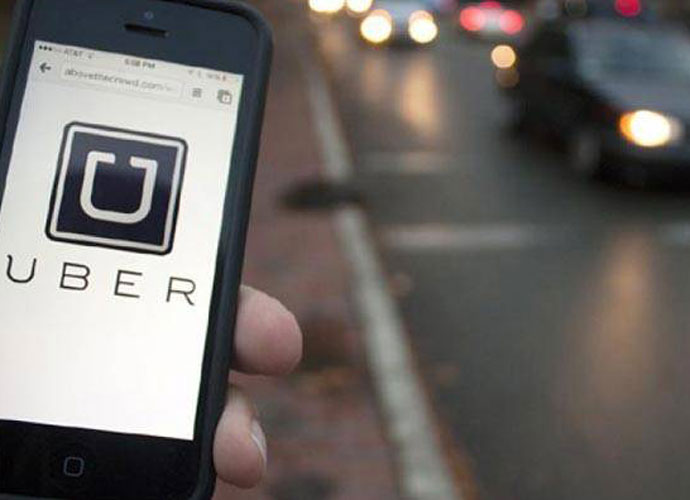 In the beginning, Uber offered high level of incentive payments to drivers to lure them away from their traditional models of working for a taxi stand or local company.

Contrary to the claim of Uber that it would lead to decongesting the city roads as more and more people opt to put their cars for ride-sharing (turning drivers in their off hours or on week-ends probably), there has been a sharp increase in the number of taxi-cars on the streets.

A large number of these are new additions based on booming consumer demand due to low fares offered by Uber. Since there is no cap on the number of taxis that can be registered in cities, the congestion on roads is set to worsen, as more and more taxis start operating. Strangely, though, there is a limit on the license that is granted for three-wheelers in Delhi.

Set up in 2009, Uber started operations as a "ridesharing" company in 2011. By 2016, it had extended its presence to more than 580 cities in 80 countries. Though it is a privately held company, its valuation is estimated to be worth $69 billion. It is touted as a shining example of a "sharing economy" which is making giant strides on the back of the IT revolution.

However, serious questions have been raised about its financial viability or claim to innovativeness. The company has been losing money on a grand scale since it started operations. For 2015, Uber’s losses were estimated to be $2billion (on a revenue of $1.4 billion), which were estimated to go up to $3 billion for 2016.

In fact, Uber has not been able to earn profit in any market where it operates, though its founder Robert Kalenick had claimed it would become profitable in the North American market in the first half of 2016. In such a case, how does Uber continue operations all over the world?

It is actually being subsidised by its funders in the hope that it would attain a dominant monopoly position in various national markets and then start earning profit by exploiting its monopoly position.

A look into the economic model adopted by Uber would make it quite clear that without raising the price of the ride, Uber can’t hope to become profitable. Surge pricing is one such strategy where the price of the Uber ride goes up multiple times when there is high demand for services.

In the beginning, Uber offered high level of incentive payment to drivers to lure them away from their traditional models of working for a taxi stand or local company. Simultaneously, it also transferred all other costs such as vehicle maintenance, security, and insurance to the drivers.

Mostly, the drivers also did not take into account costs such as interest on car instalment and depreciation in calculating the actual benefit accruing to them. Despite this, Uber has remained in the red as it subsidised the fare and paid the drivers incentives which were quite large till some months back.

Once it realised that cities had become hooked to Uber and its competitors in the form that traditional taxi agencies were almost finished, it started cutting down the driver payment. The condition for incentive pay out was also made more and more difficult to achieve. This created huge resentment amid the taxi drivers which reflected in the "strike" in Delhi, Bangalore and now Kochi.

Uber’s claim on innovativeness is also quite dubious. Many of the start-ups in the world such as Airbnb and Uber lay claim to a new form of "sharing economy" which imparts them a certain respectability. Use of the word "sharing economy" actually helps these companies in hiding the fact that they are merely exploiting the "on demand" economy to their advantage, often by trampling upon worker’s rights like minimum wages, fixed working hours, leave and other facilities.

Uber’s claim to innovation lay in the assertion that on an average, an individual car is operated only for about 56 minutes a day. Uber makes it possible to utilise the car for "ridesharing" providing income to the part-time worker. It simply does not hold true in a country like India.

Uber has only offered an efficient app which has connected the drivers and passengers on a digital platform at a (till now) cheap rate. Hardly any individual uses his car to become part-time Uber driver. It was a publicity pitch and has remained so.

Another indicator that Uber does not represent any new model of business is reflected in the fact that it has remained massively unprofitable despite being in business for six years now. Its supposed innovativeness and "disruptiveness" are not leading to any level of improved efficiency or cost reduction.

The most worrying part, however, of this debate relates to the so called threat of "Uberisation" of the workplace. With more and more services and work being offered via the use of the digital platform, it has become extremely important to expand the scope of laws governing labour relations to regulate such ventures, without compromising the advantages they might offer to the society.

These new forms of contract employment are expanding the so-called "gig economy" exponentially. It is quite possible that more and more companies would declare themselves a "platform" just to escape their worker obligations. Uber has used the absence of well-defined laws in cities governing the transport sector to push its way through.

As a well thought-out strategy, Uber starts operations in cities without getting into the legal requirements and forces the hand of the municipal bodies to come out with regulations which often work to the advantage of Uber as it is already present as a dominant player in that market.

In all of this, however, the most crucial point relates to the status of the people who work for companies like Uber. As more and more activities come under the ambit of the gig economy where people are supposed to work as contractors, part-time labour or professional, self-employed persons on specific projects and activities, what happens to the basic rights of the workers in terms of minimum wages, social security, medical support, paid leave and other benefits?

It is all too easy to argue that since these people have offered to work of their own free will, it does not really matter if they forego the benefits or rights of workers. But the fact remains that the opaqueness of worker-employee relation in a digital economy is becoming all too stark even as the "sharing economy" or "on-demand economy" expands by leaps and bounds.

People working for Uber and similar other digital-based companies don’t know who they are working for, who decides their work conditions, how exactly the incentive structure and payout works. It is hard to know if it is someone sitting in Gurgaon or San Francisco or simply an algorithm that decides the fate of the worker? It generates a feeling of anger as they feel more and more like slaves than citizens enjoying certain rights guaranteed by constitution.

The argument is not to ban services like Uber. The benefits that accrue from digital innovation could certainly become a source of increased welfare for people only if these are shared widely. The joy of a happy ride in Delhi or Bangalore within five minutes of pushing buttons on a smartphone can be sustained only if the person driving the cab is also part of the happiness and does not feel like a slave chained behind an opaque digital veil.

Post your comment
#Taxi services, #Uber
The views and opinions expressed in this article are those of the authors and do not necessarily reflect the official policy or position of DailyO.in or the India Today Group. The writers are solely responsible for any claims arising out of the contents of this article.

Civil services for livelihood. Exploring & engaging with the world through media, culture, literature, politics or anything relevant & meaningful.Views personal