Why the Uniform Civil Code has become imperative

The answers to many of our present conundrums are buried in the unsuspecting grave of history.

Article 44 of our Constitution states, "The State shall endeavour to secure for the citizens a Uniform Civil Code throughout the territory of India."

That the successive governments at the Centre progressively rendered Article 44 redundant was first called out in the Shah Bano Supreme Court ruling of 1985 where the top court had categorically observed, “It is also a matter of regret that Article 44 of our Constitution has remained a dead letter.”

Thirty-six years later, a perilous mixture of minority appeasement and lack of political will have resulted in the situation remaining the same. It was in this context that a single bench of Justice Pratibha M Singh of Delhi High Court made a compelling case for UCC last week. "The need for such a Code — 'common to all', which would enable uniform principles being applied in respect of aspects such as marriage, divorce, succession, etc., so that settled principles, safeguards and procedures can be laid down and citizens are not made to struggle due to the conflicts and contradictions in various personal laws.”

I have to mention here: “Every time when history repeats itself, the price goes up.” The answers to many of our present conundrums are buried in the unsuspecting grave of history. 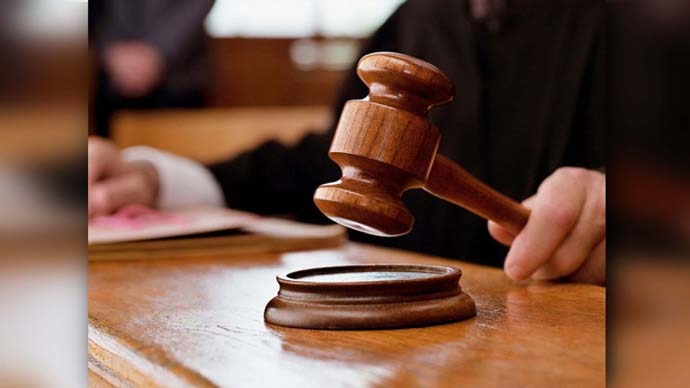 Article 44 of our Constitution states, "The State shall endeavour to secure for the citizens a Uniform Civil Code throughout the territory of India." (Representational image: Reuters)

The Hindu Marriage Act of 1955 was a landmark reform, which codified laws pertaining to marriage, separation and divorce among all Hindus. The highlight of this law was the curtailment of the age-old practice of bigamy that was prevalent until then in certain sections of society. Though there was resistance in certain quarters, the Act finally came into being, paving the way for population prudence as well as the embracement of other modern ethos among the Hindus. Nehru, unfortunately, did not deem it necessary to even pursue similar reforms among the Muslim community, for whom personal laws continued to override the Constitution and the laws of the land.

Years later, the Supreme Court ruling on the Shah Bano case in 1985 exposed the humungous fallacy of letting Muslim personal laws override the law of the land. In a path-breaking judgment over a controversial maintenance lawsuit, the Supreme Court delivered a judgment favouring maintenance given to an aggrieved divorced Muslim woman. The Rajiv Gandhi-led Congress government responded in the most regressive manner, enacting a law with its most controversial aspect being the right to maintenance for the period of iddat, after the divorce, and shifting the onus of maintaining her to her relatives or the Waqf Board.

The regressive mindset shown by the Rajiv Gandhi government then, is what most liberals would root for even today in order to somehow win plaudits for their slippery brand of ‘secularism’ which in reality is formed of a deadly combination of patriarchy and misogyny.

In 2019, the Modi government rid the Muslim community of one of its most evil scourges — Triple Talaq — by bringing in the Muslim Women (Protection of Rights on Marriage) Bill, 2019. Triple Talaq, invariably leading to Nikaah Halala, was the most shameful legitimisation of the abuse and exploitation of Muslim women. However, the continuance of bigamy is equally laden with dysfunctional outcomes for society.

At a time when several states in the country are discussing ways to contain population explosion, it needs to be acknowledged that the rate of population growth is not similar across communities. In fact, several communities have shown a decline in their rate of population growth over the last two decades. The existence of bigamy, of course, undoes this gain and reverses the trend in certain pockets, leading to demographic distortion, a problem that several countries even in Europe are battling simultaneously in what increasingly looks like a race against time.

The Uniform Civil Code is equally important to thwart extra-judicial pronouncements in Khap panchayats, where again unsavoury punishments have been meted out and executed on the lines of Sharia courts. Similarly, a tribal woman being punished by self-styled ostracising tribunals in the hinterlands goes as much against law. It goes without saying that the worst sufferer in most of these cases tends to be women.

Just like Article 370 and 35A were the biggest hindrances in solving the Kashmir issue, the existence of personal laws that override the Constitution of the land, carries in it the seeds of social and gender discord. The time has come to rewrite history.

Also Read: Why a Uniform Civil Code is not what India needs immediately

#Triple Talaq, #Hindu marriage act, #Shah bano case, #Uniform Civil Code
The views and opinions expressed in this article are those of the authors and do not necessarily reflect the official policy or position of DailyO.in or the India Today Group. The writers are solely responsible for any claims arising out of the contents of this article.