Union Budget 2019: Will FM Nirmala Sitharaman continue the tradition of carrying a briefcase, or will she give this a spin?

Finance Minister Nirmala Sitharaman will likely carry the Union Budget 2019 in a briefcase as she steps into Parliament. The case is part of colonial tradition. Will Sitharaman finally decolonise it?

On the day of the Union Budget, all eyes are on Finance Minister Nirmala Sitharaman. For the first time in Indian history, a full-time female minister of finance will likely be carrying the popular Budget briefcase that encases the hopes, fears and dreams of a billion (and counting) Indians.

For industrialists, businessmen and the salaried middle class, the hardtop leather briefcase has become synonymous with a giddy mix of dread, excitement and anticipation. On the other hand, the customary photo-op by the finance minister flaunting the leather box reflects the ministry’s likely nervousness, apprehensions — and sometimes, a power trip.

The former defence minister has a huge task before her with the nation's GDP sinking to a serious low over the past five financial years, a spiking unemployment rate and other dismal economic news — to many, the possible solution to it all lies in the Budget briefcase, seen last in the 2019 Interim Budget. The budget may be interim. But the briefcase is a must. (Photo: PTI)

A colonial legacy, Indian ministers change the Budget briefcase with every appearance — unlike the British, who have stuck to the Gladstone red leather briefcase from 1860, occasionally replacing it when it gets worn out.

The whole concept of carrying a briefcase to present the Budget started in England in 1860. The then-English Chancellor of the Exchequer (finance minister), Chief William Ewart Gladstone, carried a compact red suitcase for his bundle of financial papers which had the Queen's monogram embossed in gold over the case. Since then, the briefcase has been used for more than 150 years by numerous finance ministers in the UK. 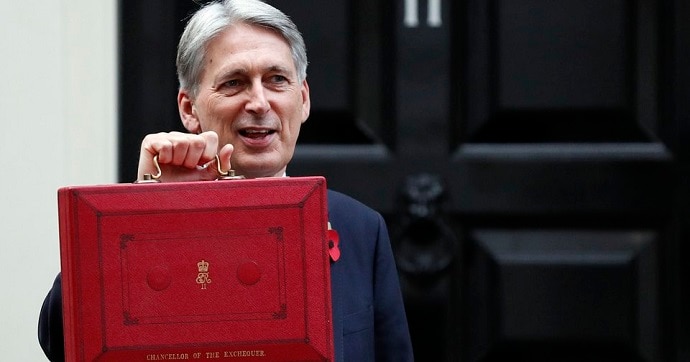 The fire-engine red Brit Budget box resembles a vintage tin box — the kind your grandmothers fashioned as their sewing kit or to store knick-knacks.

But the first Budget briefcase (1947-48) of our country post-independence was undoubtedly the most ‘fashun’, in my humble opinion. Finance Minister RK Shanmukham Chetty carried a messenger or postman bag or satchel (not very different from the ones that were a rage with all influencers almost five years ago) — in it were the ministry’s plans to allocate 46% of the total expenditure (Rs 197.39 crore) to the defence sector. 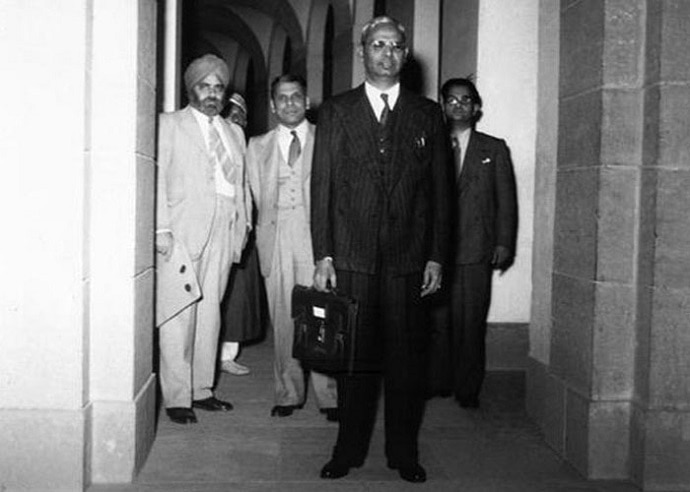 Since then, we have seen Manmohan Singh with his no-fuss cherry red briefcase — a nod to the colonial roots of this custom. Close on his heels is another no-frills practical Budget bag, the one used by then-Finance Minister Jaswant Singh for the 2004-2005 Budget presentation.

His leather-file-meets-clutch-purse may receive a gasp of approval from all the contemporary bag-toting men and women since it was a very modern and practical twist on the bulky briefcase that seemingly functions only to carry the Budget speech. 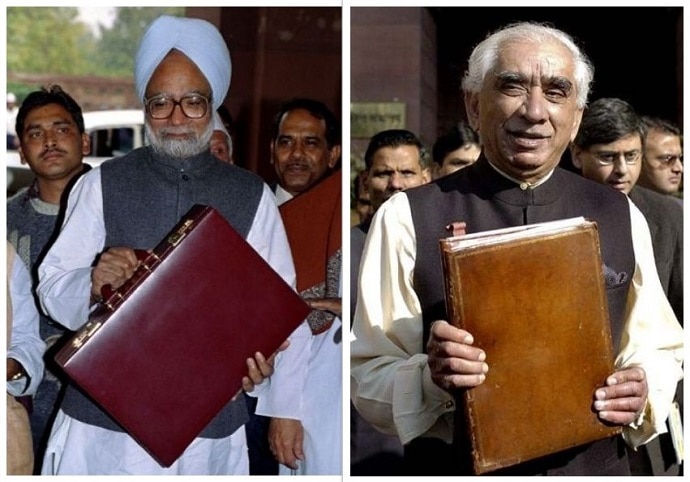 However, Sitharaman has rather big shoes to fill when it comes to the Budget as well as the briefcase courtesy her predecessor Arun Jaitley, whose cases resembled Naomi Campbell, Kate Moss and Madhu Sapre, all rolled into one, on the Budget day catwalk.

Jaitley carried major economic legislation — such as the Goods and Services Tax (GST), upping the ceiling of rebate under Section 87A and the Income Declaration Scheme, 2016 — in his (hopefully faux) leather briefcases, markedly in varying colours of butter chicken gravy. 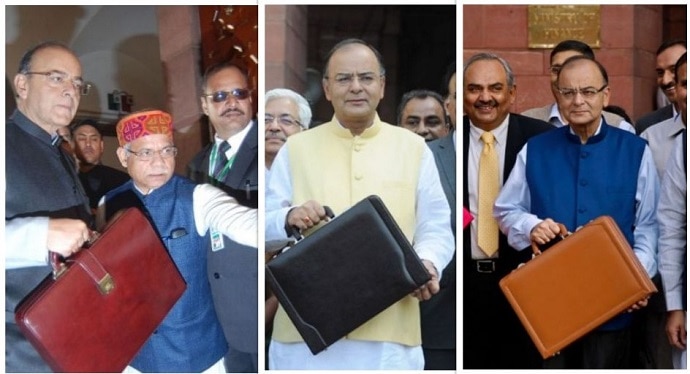 You can never have too many! Arun Jaitley's Budget briefcases tell a story. (Photos: PTI)

So what will Nirmala’s choice be?

In the light of climate change, I would much rather see her setting a new precedent by re-using one of the many Budget briefcases used by her predecessors that must be located somewhere in the finance ministry.

Or even a nod to our local artisans, and inspired by her handloom wardrobe preferences, why not a handcrafted, locally-made folder, à la Jaswant Singh?

Just like other colonial hangovers, it is time to put a desi spin on the Budget briefcase!