4 issues that dominated UP elections 2022

The polling of the last phase of UP elections 2022 gets over today. Here are the four topics that dominated the elections rallies of political parties.

Today, Uttar Pradesh (UP) votes for the last of the seven-phase elections in 2022. The phase sees a tough battle over 54 seats in 11 districts of the Purvanchal region between parties like Bharatiya Janata Party (BJP), Samajwadi Party (SP), Bahujan Samaj Party (BSP), and Congress.

WHO IS BANKING ON WHO?

The BJP had clinched 29 out of 54 seats in 2017 as it had won those seats by joining hands with Suheldev Bharatiya Samaj Party (SBSP). But the BJP faces a huge test this time as it has to face these elections without SBSP which has tied with SP in 2022. Also, nine legislators including three cabinet ministers switched to the SP this time, making BJP's chances dicey. But BJP is banking on the support of Anupriya Patel's Apna Dal (Sonelal) and Sanjay Nishad's Nishad Party.

SP had got 9 seats in this region in 2017 and Mayawati’s BSP got 6. As the SP is weak in the Purvanchal area, it hopes to get major support from the vote bank of its alliances like: Om Prakash Rajbhar’s SBSP, Apna Dal (Kamerawadi) and Mahan Dal.

While PM Narendra Modi Lok Sabha's constituency Varanasi is into the last phase, with 8 seats in the fray, SP’s strong region like Azamgarh is also out for a political battle. In the last leg, all the political leaders have thrown their weights behind their allies to get the maximum churn out of caste arithmetic in UP. In his rallies, Akhilesh Yadav has hit out at the BJP for its inability to deal with the bulls issue, unemployment, and rising inflation. BJP leaders in their campaign have called out the hooliganism of the SP era. From both sides, sharp attacks were made against each other. In fact, in the run-up to UP elections 2022, few topics remained on the tongue of political leaders irrespective of the region that went into voting.

Here are four such issues which were talked about the most:

Stray bulls or chutta janwar became a hot topic in the UP election rallies. But this didn’t occur all of a sudden. The menace of stray bulls had been agitating the farmers in UP for the last four years. In 2017, as the BJP government tightened the noose on cattle transportation, and slaughter, the animals became a matter of concern for the farmers.

The stray bulls would not only devour and trample the crops but would also injure the farmers who would attempt to protect their fields. In many cases, the raging bulls left many farmers dead.

In December 2021, former Chief Minister (CM) of UP Akhilesh Yadav had announced a compensation of 5 lakh to the kin of those who died after being hit by bulls.

Even PM Modi in his rally had spoken of how the new BJP government would come up with a policy that would help the farmers benefit from both, the cow and the cow dung. The Congress too mentioned in its manifesto about replicating the Chattisgarh model in UP, if they were elected to power. The Congress party had promised to provide a compensation of Rs. 3000/ acre for land damaged by the bulls and also offered to purchase cow dung at Rs. 2 per kg from farmers.

Though unexpected, the issue of the bull became a major talking point in UP elections. 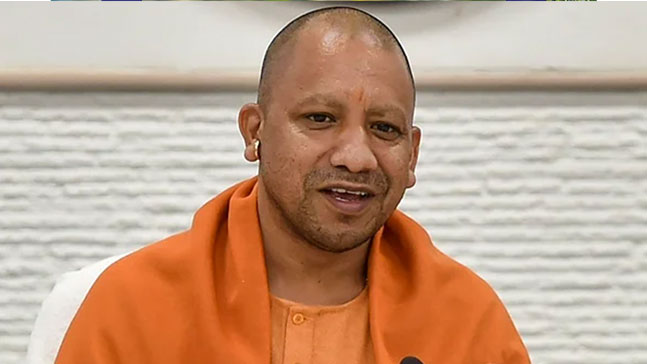 The Yogi Adityanath government smartly used a public insult and flipped it to use it as its strength when they used Yogi as being a 'bulldozer'.

Both the SP and Congress had attacked Adityanath calling him Bulldozer baba and bulldozernath. But the UP CM used it as a weapon to tell the people how his government has dealt with hardcore criminals in Uttar Pradesh.

To make it more impactful, several bulldozers were even placed in the rallies of Yogi Adityanath. In one of his rallies, Yogi Aditynath even said that all the bulldozers have been sent for repairs and they will be back on March 10, 2022.

Even Union Home Minister Amit Shah in the rallies has applauded the BJP government in UP for bringing an end to the criminal raj in UP. In his speech, he targeted several people associated with SP and Congress like Mukhtar Ansari, Atiq Ahmed, Imran Masood, and Lok Sabha MP Azam Khan.

Akhilesh Yadav accused the Yogi Adityanath government of selective targetting and going soft on criminals like Dhananjay Singh of Jaunpur. No doubt, the issue of gangster rule in UP politics has remained in discussion over the years. In 2022 too, it has remained as one of the most widely churned topics.

To assuage the sentiments of farmers, the central government had taken back three contentious farm laws ahead of UP polls. But in Western UP, the matter remained a dominant issue. Though the laws were taken back, farmers remained far from convinced. Akhilesh Yadav cashed in with Rashtriya Lok Dal’s (RLD) Jayant Chowdhury to get consolidated votes of Jats, Muslims, Yadavs, and Non-Yadav OBCs to win back this region, which the BJP swept in 2017.

Even the BJP high command realized a big dent in votes in Western UP this time. To compensate for this loss, the party banked on the Awadh, Bundelkhand, and Purvanchal regions to minimize the loss. 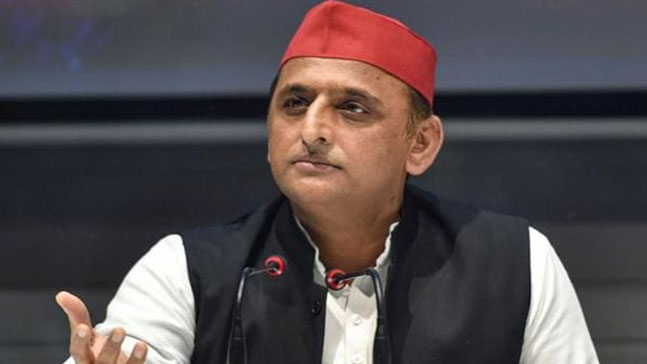 Rising unemployment in UP remained another big issue in the UP elections. From 38% in 2015-16, employment in UP fell to 32.79 % in 2021, according to the data by the Centre for Monitoring Indian Economy (CMIE). Unemployment rose to 21.5% in April 2020 during the Covid lockdown.

The former Chief Minister Akhilesh Yadav made this a talking point in his rallies. In Lucknow, at a press conference, he announced the creation of 22 lakh IT jobs for the youth. While making the announcement, he gave the report card of his previous investment in HCL Lucknow, which today employs 5000 people.

Since jobs are indeed a big issue in UP, it was exploited tremendously by SP. It remains to be seen how much of that left an impact on the voters. The verdict of the people would be out on March 10, 2022.